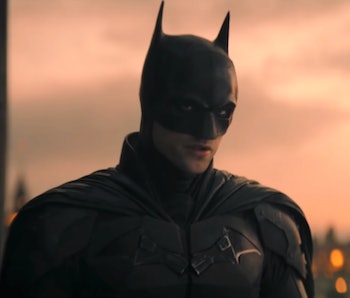 We’ve seen Batman from all sides and facets over the years, from the campy, the outrageous, the Clooney, and the dark and gritty. But the version Matt Reeves is set to present in The Batman is unlike anything we’ve ever seen. Gone are the candy-colored villains, replaced with a Zodiac-inspired Riddler and gruff Penguin. The Dark Knight is still his raspy self, but this iteration is just beginning his career. Will this Batman resonate with viewers?

Apparently, the minds behind the new film are so confident, a sequel is already in the works. Here’s what we know about The Batman 2 so far — and who could possibly be the next villain Bruce will face.

What Happened — At the UK premiere for The Batman, Matt Reeves spoke to The Independent about his future plans for his Batman movie during a livestream interview (it’s a long video, but the answer’s at the 54-minute mark.) The director remained humble about the possible reception of the film, but considering the sheer amount of spinoffs already green-lit at HBO Max, it’s hard not to see this movie as the start of a cinematic universe. Reeves said:

"You don’t make number one as if there’s going to be a number two. You have to make number one as if you’re swinging for the fences and it has to be a story that stands and lives on its own. But I really believe in what we’ve done and I’d be excited to tell more stories… We are already telling other stories in the streaming space, we’re doing stuff on HBO Max, we’re doing a Penguin show with Colin, which is gonna be super cool. And we’re working on some other stuff too but we have started talking about another movie."

The “other stories in the streaming space” include not only a Penguin-centric story with an unrecognizable Colin Farrell in the lead role, but a procedural crime series focused on Gotham P.D., led by Jeffrey Wright’s Commissioner Gordon. So even if The Batman is our only movie, we’re not leaving its version of Gotham anytime soon.

But a major question remains. What could possibly be in those early conversations about a sequel? Based on the precedent set by previous Batman sequels, it’s likely we’re going to see Bruce Wayne face off against another villain. But who’s the most likely suspect?

The Inverse Analysis — It’s hard to think about Batman without thinking of Joker, given how prominent the character is in the Batman movies. And Reeves may want to avoid the obvious choice for his next adventure. Seeing how divergent The Batman villains are from their comic book personas, there could be an interesting possibility to shed new light on some under-represented villains.

With The Batman portraying the Riddler and Penguin — the villains of Batman Returns and Batman Forever — maybe the key players of The Batman’s sequel lie in Batman and Robin. Just imagine a gritty take on Poison Ivy, perhaps a hydroponic cannabis grower or cultivator of poisonous plants. Or a modern Mr. Freeze, a rogue scientist with a daring plan to reverse climate change.

Okay, so maybe they won’t be exactly like that, but with a sequel to The Batman, Matt Reeves has an opportunity to show a new side to characters that before were not much more than caricatures.

The Batman premieres in theaters on March 4.