A different kind of space movie 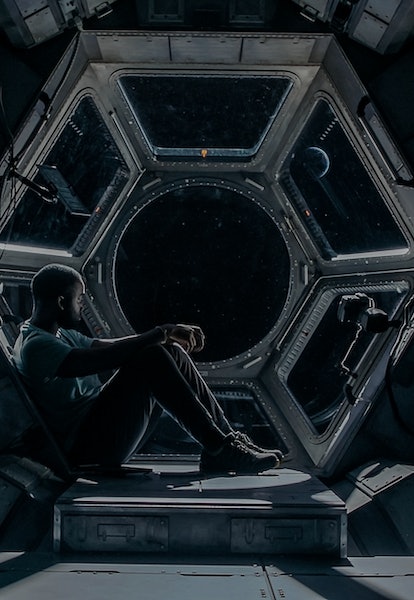 Whenever a director decides to set a film in space they know that they’re going toe-to-toe with all of the other cinematic greats that have dabbled in the genre.

Ridley Scott’s Alien, Andrei Tarkovsky’s Solaris, Alfonso Cuaron’s Gravity, Stanley Kubrick’s 2001: A Space Odyssey — the list is as long as it is daunting.

So it’s to co-writer and director Joe Penna’s eternal credit that while Stowaway is never anything more than solid and slightly riveting, it feels like a different kind of space movie. Netflix’s new spaceship drama is more emotional than you might expect. It’s a movie where the humanity of the characters is on par with their obvious skill and intellect. It’s a also movie that doesn’t need an obvious villain to work, even if it’s not the most memorable movie set in the cold darkness of outer space.

But one of the main reasons why Stowaway feels so unique is due to its intriguing, albeit hard to believe, plot. Toni Collette, Anna Kendrick, and Daniel Dae Kim play a three-person crew on their way to Mars when they discover an accidental stowaway (Shamier Anderson) a few hours after takeoff. Too far from Earth to turn back, the foursome initially decides to make the best out of their bad situation and continue with their two-year mission.

However, it soon becomes apparent that their ship can’t withstand an extra passenger. With their resources quickly dwindling, the group has to figure out a way to survive, or they’ll all die.

Stowaway might sound overwhelmingly dramatic, but Penna and his cast excel at patiently building the intensity of the story, while simultaneously mixing in some much-needed lightness and character strokes.

It helps that there’s no villain, besides the dangers of space itself. Every character is trying to find the most humane and reasonable way to get out of the situation. Unfortunately, they struggle to know what to do at all, let alone what’s right. Penna and his co-writer Ryan Morrison’s pitch-perfect character work in their script means that you can relate to and recognize everyone’s reactions.

Penna deserves credit for his impressive casting, too. After eking out one of the best performances of Mads Mikkelsen’s career in Arctic, all four of his actors in Stowaway shine. Not only do they ebb and flow together exquisitely when they share scenes, but they each get individual moments to thrive, too.

Collette continues to make every movie or television show she’s a part of better with her mere presence, as she expertly makes her initially composed captain more and more complex. As David Kim, the ship's biologist, Kim brings a necessary edge, without ever becoming too overwrought or melodramatic.

But it’s Kendrick and Anderson that really anchor the film. The Oscar-nominated star plays Zoe Levenson, a medical researcher who applied to the shuttle assuming she’d be rejected. Unassuming but still charismatic, Kendrick gives her best performance since 2009’s Up In The Air. Not only is she the heart and humor of Stowaway, she embodies the excitement that assumably accompanies going up into space, before ultimately leading the final act set-piece.

Kendrick doesn’t just hog the limelight, though, she also manages to enhance the work of whoever she’s sharing a scene with. The same can very much be said of Anderson, whose Michael Adams is the eponymous stowaway, as well as a launch plan engineer.

Despite being the least well-known of the quartet, Anderson rises to the occasion and provides a star-turning portrayal. No more is this evident than in his first scene in the movie, where he reacts hysterically to discovering that he’s in outer space in a way that’s both familiar but fresh. From there, Anderson proves himself to the group, before then shouldering the guilt of the situation in a palpable fashion that grows as the scenario becomes more and more perilous.

It’s just a shame then that Stowaway never actually reaches the extra level of excitement it’s aiming for. That’s not to say it’s dull. It’s always pleasantly enjoyable as well as smartly constructed and informative, but it never achieves the climax it keeps promising is coming.

Penna’s direction is solid, too, especially when it comes to how he raises the stakes. His approach is patient and understated. After opening on the launch, we’re given the geography of the ship and a thorough introduction to the crew. Even after Anderson’s Adams is discovered, he then slows things down again, allowing us to build a deeper connection with each member, which makes their moral quandary all the more compelling.

At the same time Penna’s eye for detail, both in the writing and behind the camera, brings a neat verisimilitude to the film. The interior of the ship looks lived in, the exterior is practical rather than ostentatious, and the dialogue is authentic and complex but never simplified.

Stowaway is surprisingly at its best in the middle act, which is where other films usually sag. Throughout these scenes, Penna and Morrison’s meticulous and intelligent script really shines. They resist the urge to dumb down, creating tension from the on-board science and equipment, while always making sure that the audience is able to understand and follow what’s going on.

All this is more impressive than gripping, though.

Unfortunately, the disappointing final act doesn’t build to the necessary cinematic crescendo. Instead, it feels like it’s from a different movie entirely. Not only is it drawn out and lasts way too long, but it never manages to create the suspense and thrills that it’s aiming for.

As a result, Stowaway doesn’t reach the heights that it occasionally looks capable of, and is nothing more than a solid, albeit informative, space drama.

Stowaway is streaming now on Netflix in the U.S.