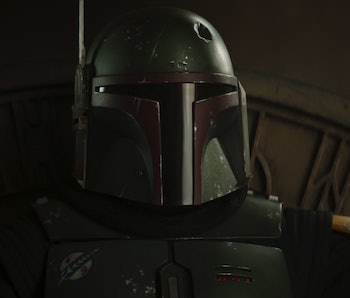 With the New Year comes new TV shows to obsess over. Forecasts reveal there will be so many new Star Wars shows on Disney+ in 2022, and comparatively fewer Marvel series. That’s a stark contrast to 2021, when Marvel unleashed a barrage of buzzworthy hits while Star Wars’ more anemic year featured only two animated shows and the premiere of The Book of Boba Fett just before New Year’s Eve.

In January 2021, the MCU was gearing up to make its Disney+ TV debut with the premiere of WandaVision. That success was followed by The Falcon and the Winter Soldier, Loki, What If..?, and Hawkeye, all of which dominated pop culture conversations.

But in 2022 it’s Star Wars’ time to take over Disney streaming. In fact, there will be almost as many new episodes of Star Wars television (probably 48, as one Reddit user points out) as there are weeks in the year. By the time you’ve seen every new episode from every Star Wars show in 2022 you’ll be Christmas shopping again.

The dull and disastrous Rise of Skywalker has compelled Disney to reconsider what kind of Star Wars audiences want, and how they get it. It’s telling there’s a ton of new Star Wars television in the works while the franchise is absent from theaters, like the beleaguered billion-dollar franchise is trying to reinvigorate itself with a new approach. Rogue Squadron, a film announced with a flashy hype video where director Patty Jenkins walks towards an X-Wing in a U.S. Air Force hangar, is indefinitely delayed.

Here’s a quick rundown of all the new Star Wars television coming to Disney+:

Even accounting for error, there’s still some 40-odd episodes of Star Wars TV guaranteed for 2022. Meanwhile, here are the confirmed Marvel TV shows coming to Disney+ in 2022:

Excluding the offbeat I Am Groot, Marvel has a confirmed 23 episodes across all of its offerings. That’s far fewer than the 36 released in 2021.

There is a lot of Marvel TV coming with release dates we still don’t know about. Production on the second season of Loki is expected to start this January, which could make a late 2022 release possible (but unlikely). Other shows like Ironheart, Armor Wars, and Secret Invasion don’t have confirmed release dates. Filming for Secret Invasion began in September 2021, though it’s unknown if the series will premiere in 2022.

LESS IS MORE, MORE OR LESS — None of this is meant to suggest doom for Marvel. 2021 was a big year for the MCU after its unintended break throughout all of 2020. You only need to see the ongoing reactions to Spider-Man: No Way Home to see how healthy Marvel is, and the adage “less is more” rings true. Star Wars: Visions gave us arresting pieces that demonstrated more experimentation and artistry than a middle-of-the-road episode of Hawkeye.

But it’s interesting that 2022 will have Marvel turn down the volume a bit while Disney beefs up Star Wars. Will episodes of Obi-Wan and Andor demand as much of our attention as Ms. Marvel and Moon Knight? We’ll just have to tune in to find out.