“Your answers are not in the stars...” 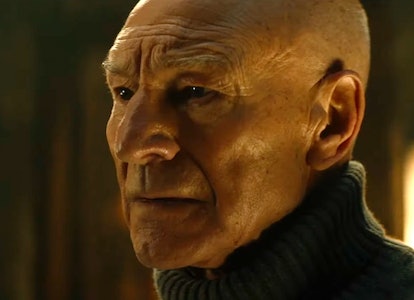 Jean-Luc Picard is getting some back-up from a very old friend. In the latest trailer for Star Trek: Picard Season 2, one beloved character from Star Trek: The Next Generation makes a triumphant return.

We should have seen this coming, but we didn’t. Here’s who’s back and why it’s a game-changer for all of Trek canon. Spoilers ahead for the newest Picard Season 2 trailer.

The new full-length Season 2 trailer for Picard is here. Watch it below. And then watch it again because there’s a lot to take in.

Picard Season 2: Whoopi Goldberg is back

The new trailer features tons of tantalizing clues as to how the Picard timeline has been altered in the past — including a glimpse of the new Brent Spiner character teased last year. But the biggest surprise is easily the triumphant return of Guinan to the Star Trek canon.

In the new trailer, to figure out how time has been altered, Picard says, “I know someone who could help us understand the change in time.”

Guinan (Whoopi Goldberg), a semi-regular character from Star Trek: The Next Generation, made her debut in its second season in 1988. Brent Spiner has cited this moment as a “turning point” for the popularity of The Next Generation because Goldberg was one of the most famous actors in America at that point in time.

Relative to Trek canon, Guinan has helped Picard unravel more than one time-travel mystery in The Next Generation. In “Yesterday’s Enterprise,” Guinan was the first to tell Picard the timeline had been changed. And in “Time’s Arrow,” Picard dealt with two versions of Guinan, one from his present and one from the past. In the episode “Q, Who,” Q himself (John de Lancie) claimed that Guinan’s powers were far more formidable than she had revealed, implying she had a timeless, space-god quality, perhaps equal to his own.

Although Patrick Stewart had publicly welcomed Whoopi Goldberg back to Star Trek on an episode of The View in early 2020, it was not confirmed until now that she was returning to the series. Goldberg last appeared in Star Trek canon in a small cameo in the 2002 film Star Trek: Nemesis, which chronologically occurs before Picard Season 1. However, in the Picard Season 2 trailer, she’s clearly stuck in an alternate timeline, along with Jean-Luc and the rest of the La Sirena crew.

When Jean-Luc meets her in the new trailer, she tells him that going into space won’t fix the time travel mess. “Your answers are not in the stars, and they never have been,” Guinan says. This seems to lead everyone back to Earth in the year 2024, a point in time in the Trek canon we’ve never seen much of before.

Trek canon never really did much with the notion that Q was afraid of Guinan back in The Next Generation. We did learn Guinan was from a long-lived alien species called El-Aurians. If she had any super-space powers beyond time-travel perception, that hasn’t been revealed.

Still, the presence of both Q and Guinan in a new season of Star Trek doesn’t feel like an accident. Sure, the crew of the La Sirena is going to need to sort out the time travel mess, but it seems possible that maybe — just maybe — Guinan may offer Picard more than just advice. If we’re lucky, we’ll finally get to see Guinan and Q square off in some kind of battle, like the two amazing space wizards they are.