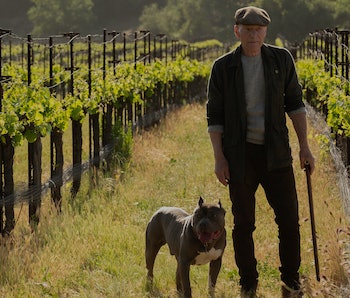 As the showrunner of Star Trek: Lower Decks, McMahan balances the humor and earnest Trek canon responsibilities deftly. And in the Season 3 finale, “The Stars at Night,” Lower Decks has once again forged new territory with Star Trek’s very first post-credits scene.

To sort it all out, Inverse caught up with McMahan to talk about the Lower Decks Season 3’s post-credits scene, the comeback of a fan-favorite character for Season 4, the Strange New Worlds crossover, and the one way he sees Lower Decks ending like The Next Generation.

In the Star Trek: Lower Decks Season 3 finale, every single California-class starship comes to the aid of the USS Cerritos to defeat a fleet of AI-powered rogue Texas-class ships. This means the scene is brimming with Easter eggs, not from other Trek franchises, but specifically from the three existing seasons of Lower Decks. Several other California-class ships — the underdogs of Starfleet spacecraft — and team up to defeat this rogue AI. But, it turns out that a post-credits scene teases this threat might not be eliminated after all.

In the climax of “The Stars at Night,” Rutherford figures out that the rogue AI powering the Texas-class ships is actually code borrowed from “Badgey,” the holographic AI he accidentally created in Season 1. And although the entire fleet of all the California-class ships defeats these AI ships, a post-credits scene reveals a tractor beam snatching up Rutherford's cyborg implant, which is floating in the wreckage of a Pakled ship, destroyed in the Season 1 finale, “No Small Parts.” Basically, somebody has snatched Rutherford’s first implant, which suggests that someone is trying to retrieve more of Badgey’s code.

“Is it Star Trek’s first post-credits scene?” Mike McMahan wonders. “I think it might be. I was a little nervous to do it. I was worried people would turn it off and start watching Big Brother or something. It originally would have been at the end of the episode, but I moved it, so we could keep the happy, friendly moment that we end on. It doesn’t change anything for this episode. It’s a promise for next season. You will see Badgey again in Season 4.”

Another surprise in the final moments of “The Stars at Night” was the appearance of the quirky, non-nonsense Vulcan named T'Lyn who first appeared in the Season 2 episode “wej Duj” where she worked in the lower decks of a Vulcan starship. At the end of “wej Duj,” after making decisions based on her gut instinct, T’Lyn was kicked off her Vulcan ship and sent to work for Starfleet. Now, it looks like she’ll be a regular character on the USS Cerritos going into Season 4.

“She’s in a lot of Season 4,” McMahan reveals. “I love writing for T’Lyn. I love her stories in Season 4. Because of the way these seasons are written, we can’t really respond to fan feedback that quickly. I knew that I liked T’Lyn and I wanted to bring her back. But we didn’t want to bring her back right away. So when everyone freaked out about T’Lyn [in 2021) I was like ‘oh good!’ At that point, fans wanted her now, and I wanted to hold off. I wanted to tell more stories before she came in and kind of changed all the dynamics. But when we start Season 4 she’s one of the gang.”

In a nod to the continuity of The Next Generation and Star Trek: Picard, Mariner learns that the secret benefactor of Petra Aberdeen’s Independent Archaeologists Guild is none other than Admiral Jean-Luc Picard. At this point in the Trek timeline, in 2381, Jean-Luc is 100 percent still an Admiral in Starfleet; we’re four years away from any of the 2385 flashbacks in Picard Season 1. But if the Federation doesn’t use conventional money, how does Picard have the cash to finance the Independent Archaeologists Guild?

“I mean, the guy moves a lot wine,” McMahan says. “People love that wine. The Federation might not care about money, but Picard has met a lot of people over the years. He might be able to say, ‘Hey, give these people supplies and stuff because what they’re doing is important.’ Picard has connections. You put a beret on the guy, and he slips right in there. He can roll with the syndicates.”

Basically, as McMahan points out, there’s no reason there can’t be a link between two Jean-Luc Picard’s most beloved hobbies; wine-making and archaeology. Now, if we can only roll in his love of hardboiled noir crime thrillers, we’ll be all set.

Speaking more about canon, Lower Decks is fairly insulated from the events of the upcoming 2023 Season 3 of Star Trek: Picard. That said, McMahan explains that he does touch base with other Trek showrunners, in this case, Picard showrunner, Terry Matalas.

“It’s always a conversation,” McMahan says. “With Terry, it’s mostly timeline stuff. I’ll ask, ‘What are you saying this character has done for the past 20 years?’”

Because Lower Decks Season 4 is set to air at some point in 2023, it seems those events will happen after the big Strange New Worlds crossover episode with Lower Decks characters. The crossover episode — which has already been filmed, and features live-action versions of Mariner (Tawny Newsome) and Boimler (Jack Quaid) — will air as part of Strange New Worlds Season 2.

McMahan implies this will have already happened by the time Lower Decks Season 4 occurs. “The Strange New Worlds crossover happens at a very specific time and it does not impact Season 4,” he says. “But Mariner and Boimler will refer to it having happened.”

Although Captain Freeman herself, Dawnn Lewis, recently told Inverse, that she wants Lower Decks to last for thirty years, Mike McMahan has a slightly more modest goal. The Next Generation, Deep Space Nine, and Voyager all ran for seven seasons each, and McMahan says he sees Lower Decks following that same pattern.

“I have mental plans through Season 7,” he says. “Sometimes I pray we get to a Season 8 because at that point I don’t know what I want to do. I would go fucking nuts from there on out.”

But on the other hand, McMahan also feels like sticking with seven seasons might make the most sense.

“A part of me would love to just do seven seasons, and then do movies. Or spin-offs. I love the world-building in Star Trek and I love these characters. I’d love to see them expressed in different ways.”