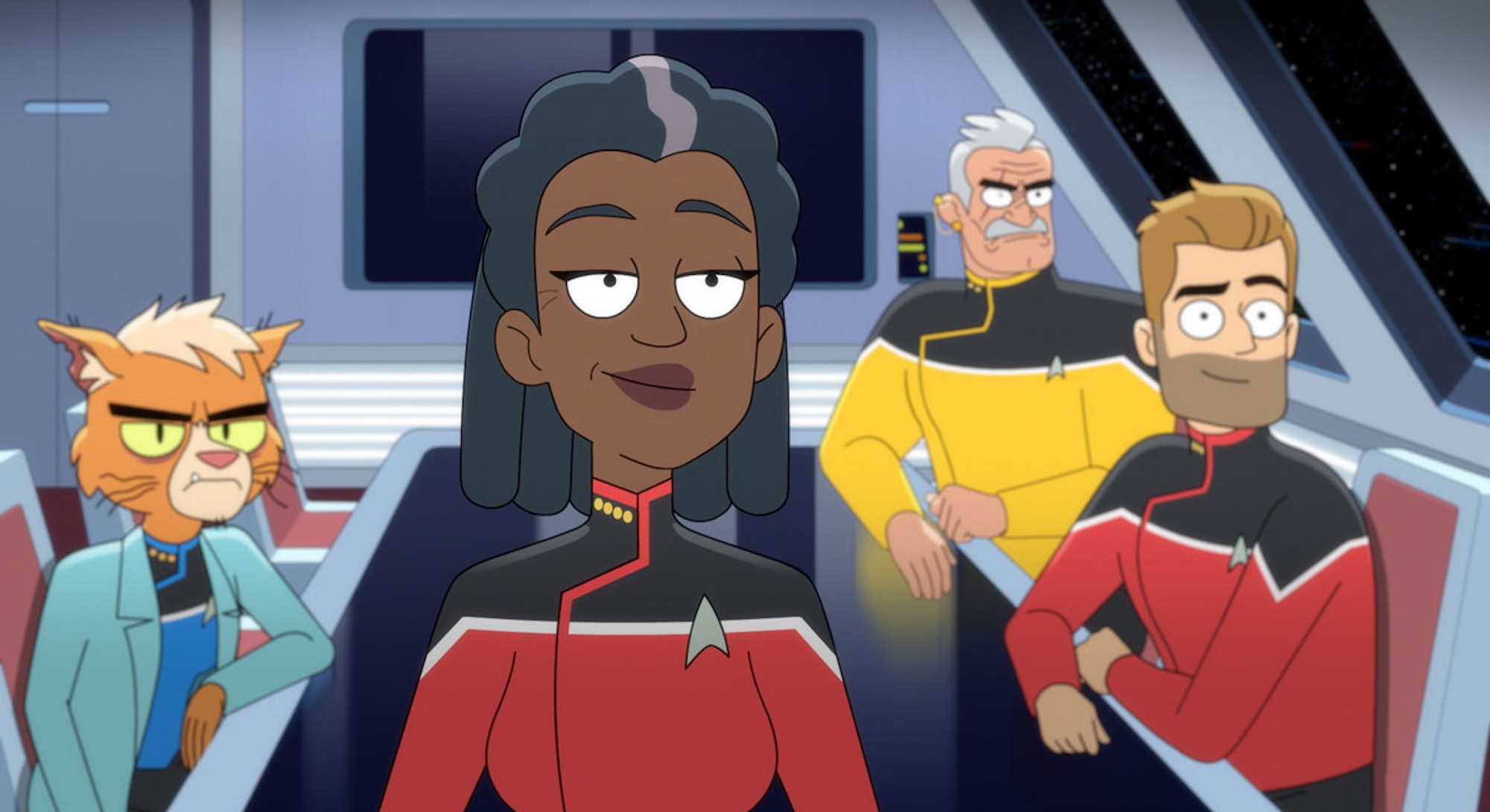 The greatest captain in Starfleet isn’t Kirk or Picard. But it might be Carol Freeman.

Captain Freeman of the USS Cerritos is the one Star Trek character who represents how most people would behave if given the stressful job of captaining a Federation starship.

“I would love to infiltrate some other captain’s starship,” Lower Decks voice actor Dawnn Lewis tells Inverse. “I’d love to show some calm captain, like Picard, what it’s like to totally freak out.”

As Lower Decks Season 3 warps toward its season finale on October 27, Inverse caught up with the captain of this Trek on the real final frontier: A comedy series that lasts forever.

Star Trek: Lower Decks is ostensibly about the junior officers of the USS Cerritos, but Season 3 has expanded the role of the bridge crew.

In the penultimate episode, “Trusted Sources,” a journalist boards the Cerritos to report whether the Second Contact missions of the California-class ships are really important. Captain Freeman (Dawnn Lewis) may outrank her daughter, Ensign Becket Mariner, but relative to other Starfleet captains and their bigger, flashier starships, she’s a lower decker among the Federation’s bigger fish. Ships in her class do the missions the rest of Starfleet find too boring.

“She’s trying to shatter the stereotypes of what people think of California-class ships,” Lewis says. “She really does believe in her mission, and she wants everybody to be their best. She’s trying to kick things up to the next level.”

Because this is Lower Decks, the well-meaning intention fails hilariously. Captain Freeman accidentally gets the Cerritos into a firefight with the Breen, makes a terrible impression on the Federation journalist, and accuses her daughter of making her look bad.

“Carol Freeman hasn’t had a calm day on her starship since Beckett came onboard,” Lewis says. “But, I think this season is more about the actual development of these characters. I think our first couple of seasons were about introducing people to an animated version of Star Trek where everyone is not excellent and perfect all of the time. Now that we’re in Season 3, I think people are familiar with us. They’ve welcomed us, they’ve embraced us, and now they want to know more about us and how we’ve come to know more about each other.”

Lewis is right. More than the preceding two seasons, Lower Decks Season 3 has delved deep into the characters in a way that might seem surprising for an animated sitcom. This season is all about growth. But if Lower Decks has gotten more serious, why is it funnier than ever? Lewis, a veteran of legendary comedies like Hangin’ with Mr. Cooper, knows that humor isn’t just about firing off gags.

“I think the more authentically I play Captain Carol Freeman, the funnier it gets,” Lewis says. “The more earnest she is, then when something absolutely ludicrous happens, that’s where the humor comes in. That’s how it is sometimes. Sometimes everyone can see the funny thing except you.”

Although Episode 9 of Season 3 ends on a cliffhanger — Mainer is supposedly leaving the ship forever — Lewis thinks the status quo of the USS Cerritos could go on for a very long time. Yes, there’s been deeper character work this season, but Lewis says she sees a winning comedic formula that could last longer than the other Star Trek shows combined.

“Look, there’s only one animated comedy that’s been on for more than three decades,” Lewis says, alluding to The Simpsons. “I won’t say the name, but we want to do that and then some. We wanna explore every planet and do every first, second, third, and fourth contact. We will never age. Ransom will always be buff and handsome, Beckett will always be annoying, and I will always be exhausted and over the top. We will go where no one has gone before, and even if you already did, we’re gonna do it better.”

Considering the entirety of Star Trek has already lasted nearly 60 years, could the cast of Lower Decks take the franchise another 30 years into the future?

“As long as the fans keeping coming, we will be here,” Lewis says, with all of the earnestness of Captain Freeman. “We will be timeless.”