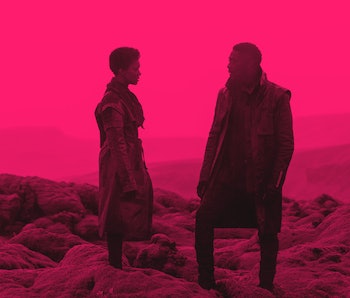 If you don't know anything about Star Trek, you might complain about aliens on the various different shows speaking English. There's a tricky canon explanation for that. Aliens in Trek speak English thanks to a super-handy (and often invisible) piece of tech called the Universal Translator. But what happens when the Universal Translator breaks?

In Season 3 of Star Trek: Discovery, our heroes venture to a future nine centuries removed from any context they understand. It stands to reason that much of their 23rd-century tech is going to seem silly. However, the most vulnerable gadget is easily the Universal Translator. Here's why that could make Season 3 complicated in a whole new way.

Of all the Star Trek series, Discovery is the one that has taken the concept of the Universal Translator most seriously. In the first mid-season finale, "Into the Forest I Go," Michael Burnham used her communicator's UT feature to "learn" the Klingon language on the spot. This happened again in the Short Treks episode, "The Brightest Star," where Captain Georgiou used the Universal Translator to assimilate and speak Saru's native Kelpien language. In the Season 2 episode, "An Obol for Charon," the main computer of the Discovery is so bamboozled, that the UT starts translating incorrectly, leaving Saru, the non-human, to save the day.)

Seen from outside the Star Trek narrative framework, the Universal Translator is just a cheap contrivance. It allows everyone to talk to everyone, even in outer space. In The Original Series, Kirk sometimes held a silver tube in order to be understood by certain aliens (notably, in "Metamorphosis") but often the presence of the Universal Translator is simply implied. In Star Trek Beyond, we saw the Universal Translator actually analyze and "learn" a language on the spot. Not only does this piece of technology "know" other languages, it can quickly extrapolate and learn new ones using something called "the translation matrix." It's an intuitive high-tech software (and sometimes hardware) that saves the day every time. Except when it doesn't.

On a few occasions, simply translating words into English (or another human language) turned out to be unhelpful. Famously, in the TNG episode "Darmok," the Enterprise crew was totally unable to understand the Tamarians, not because they didn't understand the translated words, but because they didn't understand the allegorical context upon which the language was based. The Tamarians spoke entirely in metaphor and analogy. Without the same frame of reference, Captain Picard and company had a hard time understanding any of it. In Star Trek IV: The Voyage Home, When Spock talks about communicating with humpback whales, he points out that emulating the sounds isn't enough. Learning a language, and having a computer translate it isn't enough. And, in that specific context, Spock and the crew were operating a stolen Klingon ship, and they didn't actually have access to their Universal Translator. (It probably wouldn't have helped, but Scotty does make a point that the upkeep of the Klingon ship isn't hard because of the technical stuff, "reading Klingon, that's hard.")

This brings us to a big theory for Discovery Season 3. Because a starship from 2257 will suddenly find itself in the year 3187, there's a good bet that Discovery's computer won't have any kind of frame of reference for what has changed in the galactic culture. We know Burnham will meet at least one human, a man named Cleveland Booker (David Ajala), who speaks English in the trailer.

If we met a human being from 930 years in our own past, the year 1090 AD, we would not understand their version of "English" at all. So, when Cleveland Booker speaks to Burnham in the new trailer, it feels like there's a good bet her Universal Translator is working, or Booker just happens to speaks an old-fashioned version of English.

The primary issue facing Discovery is similar to the classic crew having stolen a Klingon Bird-of-Prey and then traveled back in time in The Voyage Home. They're not only fish out of water, but they are also fish out of time. The entire galaxy has changed around them, but all of their tech is hopelessly outdated. Imagine you got transported 900 years into the future. The spell-check on your computer might still function, but if your computer didn't speak whatever language everyone else was speaking, it wouldn't matter. In real life, we're probably overly reliant on spell-check. In Star Trek, nearly all of Starfleet is overly reliant on the Universal Translator. The episodes "Darmok," "An Obol For Charon," and the film The Voyage Home all prove this.

If Discovery Season 3 wanted to really hammer home some realism about what the crew is going through, it would break the Universal Translator. This would be easy to do. Explaining why the Universal Translator has stopped working will make more sense than explaining why it still does. It might be goofy if Discovery suddenly has to talk to a bunch of aliens who speak in kooky made-up languages. It could also be amazing. All the Star Trek episodes and films that deal with communication being a huge problem all happen to be excellent stories. The idea of discovering a way to communicate with alien life is at least as interesting as discovering that alien life in the first place. Arrival demonstrated that you can do serious science fiction that is almost exclusively about language. Star Trek is poised to set-up and do the same.

Ditching the Universal Translator in Discovery Season 3 would be difficult from a writing point of view. But if Trek did something this bold, the franchise could trade a wonky sci-fi plot device for something a little more real.

Star Trek: Discovery Season 3 comes to CBS All Access in 2020.