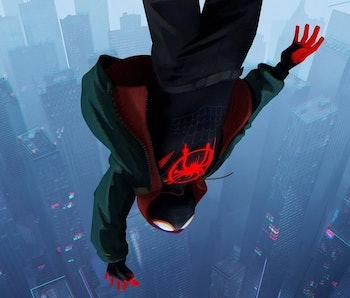 Spider-Man is the true innovator of superhero movies. Before the Marvel Cinematic Universe was even a twinkle in Kevin Feige’s eye, Tobey Maguire was at the forefront of the new superhero golden age. More recently, Sony’s Into the Spider-Verse revolutionized animation, garnering it a huge fan following and an Academy Award. Then, on the Marvel side, Spider-Man No Way Home introduced variants into the MCU. Now, Across the Spider-Verse (no longer called Across the Spider-Verse Part One), is set to push the envelope yet again. Here’s how.

According to a presentation at CinemaCon, as written up by The Wrap, Gwen Stacy and the Vulture will face off in her Spider-Verse. Even more intriguing, producers Phil Lord and Chris Miller revealed the story would take place across six different universes and include 240 characters.

Even in the age of massive team-up blockbusters, this is unprecedented. Avengers: Endgame “only” included 36 characters in their final battle, and fans were still complaining about the sidelining of characters like Hawkeye. The prospect of balancing 240 characters over the course of a single movie is incredible to think about, and we have to assume that count includes some very minor appearances. Still, if there’s one franchise that’s up for the challenge, it’s this one. After all, Into the Spider-Verse somehow not only introduced one new Spider-Man, but an entire team of them, in a single film.

There will certainly be a lot to handle in this movie, and it’s no wonder why it was initially presented as the first part of a two-parter.

The only question that remains is where the franchise can go from here. With the threequel Beyond the Spider-Verse on the horizon, we could somehow be getting yet more characters and Spider-Verses. In a genre crowded by the MCU and DC Universe, Sony is doing everything it can to remain part of the conversation. There’s no way this story is slowing down.

Spider-Man: Across the Spider-Verse premieres June 2, 2023.