“The Spider-Man of tomorrow, here to save today.” 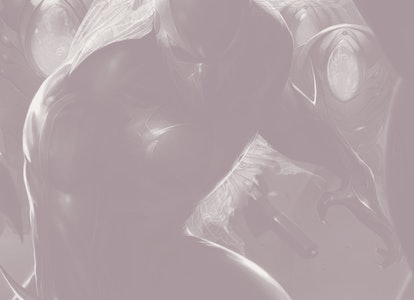 One of the few plot details Marvel Studios and Sony Pictures have confirmed about Spider-Man: No Way Home is that it will explore the multiverse far more extensively than any live-action Marvel Cinematic Universe film before it.

No Way Home’s story, which centers around Peter Parker (Tom Holland) and Doctor Strange’s (Benedict Cumberbatch) botched attempt to rewrite the past on the part, will see characters and heroes from many of Sony’s past Spider-Man movies spilling over into the MCU’s prime reality.

While some of the rumored actors have yet to be officially confirmed by Marvel or Sony, fans are only growing more convinced that No Way Home’s cast of characters will be even more impressive and sprawling than the studios previously led us to believe.

It could, some fans believe, even include versions of Spider-Man from the comics who have yet to receive the live-action film treatment.

The Theory — It has been rumored for a while now that Tobey Maguire and Andrew Garfield will both be appearing in Spider-Man: No Way Home as their respective versions of Peter Parker. Marvel and Sony have, of course, held off on confirming those rumors, but there’s plenty of reasons to believe both actors will appear on-screen alongside Tom Holland when No Way Home hits theaters this coming December.

If that does end up coming to pass, and we sincerely believe it will, that means Spider-Man: No Way Home can open the door for multiple new Spider-Men to appear in the MCU and beyond in the coming years. And we’d be remiss not to hope that we may finally get a live-action version of Miguel O’Hara, aka Spider-Man 2099.

Welcome to the Future — Born in the future in the Nueva York of Earth-928, Miguel O’Hara becomes Spider-Man 2099 after his employer unknowingly poisons him. In the hopes of curing himself, he conducts a genetic experiment on himself. Unaware that a jealous colleague had tampered with the experiment, Miguel’s DNA becomes imbued with spider-like abilities.

With the help of his holographic assistant, Lyla, Miguel eventually rises to become the Spider-Man of his time, fighting crime across all the social levels of Nueva York — from the city’s vicious downtown gangs to the criminal corporate overlords that rule over everything. He even crosses paths many times with some of the other Spider-Men of the multiverse, including Peter Parker of Earth-616.

Not only is there comics precedent for Miguel interacting with other iterations of Spider-Man, but the character is also more than deserving of a chance in the spotlight. Whether that comes in the form of his own Disney+ series or a spin-off film franchise honestly doesn’t matter. The character is one of the best Spider-Man variants in Marvel comics, and Nueva York is such an interesting, unique setting that it is practically begging for Sony or Marvel to bring it to life on-screen at some point.

The Inverse Analysis — An appearance from Miguel O’Hara in Spider-Man: No Way Home would be a major event for comic book fans, but it wouldn’t be the first time the character has appeared on the big screen.

The character was, notably, featured in the post-credits stinger of 2018’s Spider-Man: Into the Spider-Verse, where Oscar Isaac voiced him. That film’s version of Miguel is expected to return in its highly-anticipated 2022 sequel, which means that the character is about to be introduced to a whole lot of casual superhero fans and non-comic book readers who might not already be familiar with him.

In other words, with Spider-Man: No Way Home set to introduce a live-action Spider-Verse for the first time and Into the Spider-Verse 2 primed to feature Miguel prominently, it’s looking like now is the perfect time for Spider-Man 2099 to finally come to life in live-action form.