'Shadow and Bone' Netflix review: 'Game of Thrones' with guns

“What happens when you bring a gun to a magic fight?” 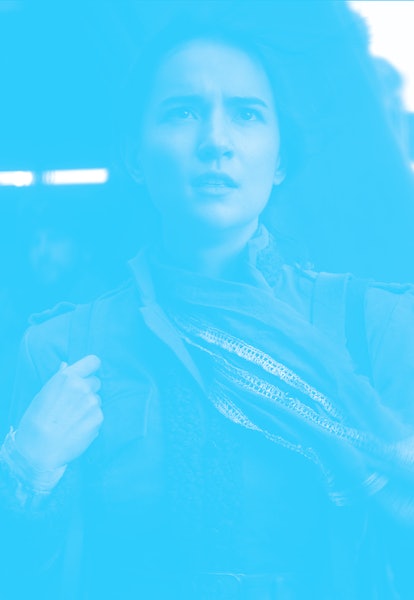 Generation Z grew up on young adult fiction. How else to explain how we wound up with a Harry Styles fan-fiction movie on Netflix?

Existing in the shadow of mega-adaptations like Harry Potter and the Marvel Cinematic Universe, these fan-created stories take the best parts of our favorite franchises and turn them into something weirder — and sometimes better, too. Enter: Shadow and Bone.

Netflix’s big new fantasy series, debuting April 23, is based on Leigh Bardugo’s hit young adult “Grishaverse” novels. By taking Bardugo’s source material and making some bold changes (with the author’s support), Shadow and Bone is bridging the gap between official adaptation and fan-fiction. The result is something that fans of the book and newcomers alike will enjoy, even if the fantasy world it inhabits is daunting at first.

Shadow and Bone, a series adaptation of Leigh Bardugo’s hit young adult Grishaverse novels, follows an orphan girl named Alina Starkov who works as a cartographer for her kingdom’s army. The kingdom in question looks almost exactly like tsarist Russia, but with one major difference: there’s a huge, dark divider through the land called the Shadow fold.

In order to cross it, select groups board a ship along with Grisha, “Chosen Ones” born with the ability to control some sort of aspect of life, be it fire, wind, water, emotions, or even appearances. (Think Avatar: the Last Airbender, but with even more options.) There are rumors of one Grisha known as the Sun Summoner who could destroy the Shadow Fold as we know it, but it’s all legend.

Alina’s world is very small. She’s making her way as a cartographer, traveling from camp to camp hoping to be assigned with Mal, her childhood best friend she now has complicated feelings about. When she manages to land a spot on a boat journey through the Fold, the inevitable happens: it’s revealed she’s the Sun Summoner, the ultimate Chosen One.

Chosen one stories are nothing new. We’ve seen them everywhere from Star Wars to Buffy the Vampire Slayer, but Shadow and Bone showrunner Eric Heisserer tells Inverse that the Netflix series subverts this classic trope in one notable way.

“At its core, this is a chosen one story, but it's bringing in someone who has been told that they don't matter, that they may even be the enemy,” Heisserer says. “It’s about what it's like to be reviled for a good portion of your life, only to be hailed as a hero, the moment that the world decides that you have an ability that can help them.”

So begins Alina’s adventures of self-discovery and sudden duty full of magic hijinks, schemes, heists, enough Victorian machinery to fill a steampunk convention. This worldbuilding is far and away the most intriguing part of the series, and most of it is thanks to Leigh Bardugo’s meticulous research into Victorian technology.

“When I set out to write the series, one of the big questions I wanted to pose was what happens when you bring a gun to a magic fight?” Bardugo tells Inverse. “That's why the military technology in this world is more heavily rooted in the military tech of the mid and late 1800s. So you have things like repeating rifles and early precursors to the Gatling gun.”

This technology feeds into the magic as well. The Inferni (Grisha who can summon fire) don’t create fire out of thin air. They manipulate flammable gases which they then ignite. “We designed gloves that had essentially a Flintlock piece to them, and those were fun for our actors, they went around sparking things dangerously,” says Heisserer.

Though the fantastical elements of the show are based in reality, the way they are portrayed on screen has a lyrical beauty, an aspect that Heisserer based on his love of anime. He cites Cowboy Bebop and Vampire Hunter D as major influences for the visual language of the Grisha powers. But that’s not where the Eastern influences stop.

In reading the source material, Bardugo’s novel Shadow and Bone, the reader is sucked into Alina’s personality through its first-person storytelling. She’s described as small and pale, the empty canvas the reader can project their own image onto.

In the series, a first-person narrative is impossible, and the scope is as large as the kingdom of Ravka itself. Heisserer and Bardugo collaborated on ways the show could deviate from the books to enhance the story. Their main change was making Alina Starkov half-Shu (a rival race in the kingdom) and casting a half-Asian actress to play her.

It’s not a choice the two took lightly.

“We wanted to lean into it but as for what it means to be mixed race and the type of racism that someone like Alina would receive, I knew I didn't have the experience,” says Heisserer. “It was my job to bring people in who understand and get out of their way and let them tell that story.”

Diverse writers’ rooms are hard to come by, and it takes a valiant effort to cultivate them. Not only does this effort add an authentic and diverse story to the existing narrative, it actually makes the story better.

“Alina being half Shu is frankly more narratively rich because it speaks more explicitly and poignantly to being somebody who is caught between cultures and who is treated as an outsider,” says Bardugo, “but who even though she may look like the ‘enemy’ she could very well be the savior of this country.”

It’s with these sorts of choices that Shadow and Bone prove it’s not just a screen adaptation. It’s not trying to faithfully recreate a beloved story on the screen to satiate fans. Shadow and Bone is pushing itself to new heights and building on what was put on the page, adding both visual and storytelling elements that will make this a treat for fantasy fans, historical fans, and Grishaverse fans alike.