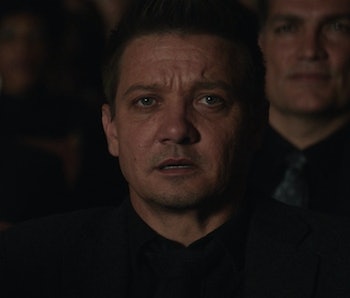 Of all the projects that Marvel Studios has in the works right now, few are quite as intriguing as Secret Invasion.

The Disney+ series is set to revolve around a conflict between a group of heroes and a group of Skrulls secretly posing as some of Earth’s most powerful figures in the hopes of taking over the planet. Nick Fury (Samuel L. Jackson), Talos (Ben Mendelsohn), and Maria Hill (Cobie Smulders) will lead the ensemble cast, which includes a handful of newcomers played by actors like Emilia Clarke, Olivia Colman, and Kingsley Ben-Adir.

In typical Marvel fashion, the studio has released very little information about Secret Invasion, including which new comic book characters it’ll introduce and how it connects to the broader Marvel Cinematic Universe. However, several new set photos do give fans a slightly better idea of what to expect.

The Leaks — Three new set photos from Secret Invasion were recently posted on the r/MarvelStudiosSpoilers subreddit. The second and third photos give fans some glimpses at the destruction they can expect to see in Secret Invasion, and there’s even what looks to be a model of a tentacled alien atop one of the cars in the third image.

Meanwhile, the first photo shows several crew members sitting next to a poster for Rogers: The Musical, which announces that the Broadway show will be premiering in the West End sometime soon. Not only does that detail confirm the series’ London setting, but it may also confirm when Secret Invasion takes place in the MCU.

Coming to the West End — First things first: The presence of a Rogers: The Musical poster on the Secret Invasion set further confirms that MCU fans should expect to see the theater production referenced a lot more frequently moving forward. Coming off both its debut in Hawkeye and the brief reference to it in Spider-Man: No Way Home, Rogers: The Musical is shaping up to be a recurring Easter egg.

More importantly, the poster’s inclusion in Secret Invasion gives us our first real idea of when the Disney+ series takes place. The announcement that the musical will be coming to the West End suggests that it’s either taking place around the same time as No Way Home and Hawkeye, or a little after the events of those two titles.

The Inverse Analysis — It’s not hard to see why Marvel is using Rogers: The Musical as a way to connect its various Phase 4 projects together. Not only is the musical’s poster a fun nod to one of the MCU’s silliest creations, but it’s an easy-to-recognize piece of art that helps Marvel visually root its different projects within the same universe.

Of course, we’ll have to wait to learn more about Secret Invasion before we know whether the Disney+ series really does take place when its Rogers: The Musical poster suggests.

Secret Invasion is expected to premiere on Disney+ sometime in 2022.