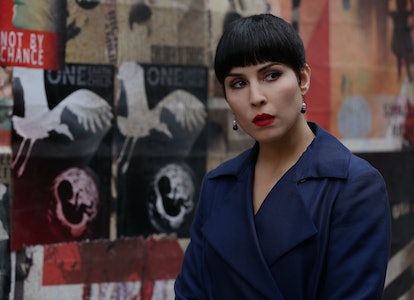 Dystopian movies are always inspired by real-life problems. Maybe it’s Hunger Games dealing with food scarcity, or Wall-E addressing pollution and waste. The best dystopias take a real-life issue and blow it up to a point where the world is unrecognizable, but the problem they’re dealing with still very much is.

That’s the approach of this Netflix original from 2017, which takes a real-life population control method and uses it as a terrifying force to rebel against in a creative way. Here’s why you should check it out.

What Happened to Monday is a sci-fi thriller directed by Tommy Wirkola. In a world where genetically modified crops have led to an increase in twins and triplets, the state implements a controversial mandate to deal with the sudden rush of overpopulation. Every family is allowed one child, while their siblings are put into cryosleep to be awakened if and when the problem is fixed.

At a covert birthing center rebelling against this rule, a woman dies after giving birth to seven identical girls. Her father, Terrence Settman (Willem Dafoe) decides to raise them all, and names them after the days of the week.

Officially, the girls grow up under the shared identity of Karen Settman, and each performs the duties and errands for the day they’re named after. So while their personalities differ wildly (Monday is prim and proper, while Saturday is wild and flirtatious) they each contribute to the collective identity of Karen. When one sibling comes home with a severed finger, Terrence must chop off a fingertip from the other six.

Noomi Rapace goes full Orphan Black, playing each of the septuplets with enough variety that you can always tell the siblings apart even when the movie’s not spelling it out for you. Helping with this is a plot that sees the siblings go missing one by one, leading to a vast conspiracy involving Nicolette Cayman (Glenn Close), the head of the Child Allocation Bureau.

Rapace gets to show off her acting chops, but once you buy into the film’s logic it all feels routine. Wirkola told IndieWire this is purposeful. “The last thing I want to happen, is when people see this film, that they think about the process and think about the technicalities of it, or how cool it looks, and how she’s doing all seven siblings,” he said. “I tried to avoid shining a light on that. And the goal is just to make people forget about it after 30 seconds and enjoy the ride.”

The premise seems based on China’s former one-child policy, but in a deadly police state. Military checkpoints that monitor electronic bracelets play a vital role in the plot, including the possible and shocking motivation for the Settmans suddenly being found out.

But What Happened to Monday is more than just a Soylent Green-esque morality tale. It’s got the goofiness of a Paul Verhoeven feature, but grounds itself in the bonds between siblings and family, making it surprisingly touching. Overpopulation and birthrights are thorny issues, but septuplets are more the stuff of TLC reality shows than family-wide conspiracies. With action and intrigue, the film questions where our loyalties lie: with family, with loved ones, or with a single person alone?

If you’re looking for a dystopian universe in the style of classic 2010s flicks like The Hunger Games, Divergent, or The Maze Runner, but mature enough to hold up years later, What Happened to Monday is the perfect choice.

What Happened to Monday is now streaming on Netflix.