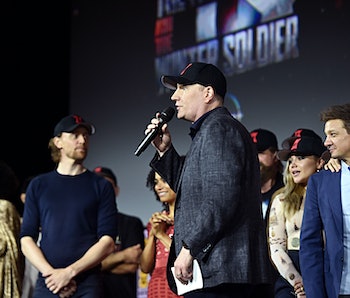 Every year, fans from all over the world gather at San Diego Comic-Con for a slew of reveals and appearances from the entertainment industry's biggest stars and creators. Due to the ongoing coronavirus crisis, most major public events have been postponed, canceled, or moved online. San Diego Comic-Con (SDCC) is no exception. The renowned geek conference, which attracts more than a hundred thousand attendees each year, was called off. The next one is planned for July 22-25 in 2021. That was the end of that, or so we thought.

However, event organizers surprised fans by launching the Comic-Con at Home initiative. Here’s everything we know about Comic-Con’s digital event and how fans can participate.

What is Comic-Con at Home?

In a video announcement, the conference joked that fans everywhere would enjoy the comfortable Comic-Con of their dreams: “Free parking, comfy chairs, personalized snacks, no lines, pets welcome, badges for all, and a front-row seat to… Comic-Con at Home.”

Basically, it’s billed as everything fans love about SDCC, minus the hassle of navigating such a huge event. Information is relatively sparse at this point, but it’s good to know that Comic-Con will exist in some form this year.

When is Comic-Con at Home happening?

The event will take place from July 22-26, which is when SDCC was originally scheduled. SDCC spokesperson David Glanzer had this to say about the event (via Collider):

"For the first time in our 50-year history, we are happy to welcome virtually anyone from around the globe. Though stay-at-home conditions makes this a very difficult time, we see this as an opportunity to spread some joy and strengthen our sense of community."

What events will Comic-Con at Home include?

The official SDCC website has already announced exclusive videos, including past event coverage and tailor-made content for the Comic-Con Museum@Home section. Expect the main programming section of the now-online convention to follow suit.

Some of the panels, interviews, and announcements usually relegated to Hall H will likely still happen during the digital event. Expect to see at least some of the actors from the Marvel Cinematic Universe, DCTV, and other fan favorites conduct panels virtually. However, owing to movie and TV production shutdowns, some of those big reveals and trailer debuts may be put on hold until later in the year.

The good news is that some of these virtual panels have already been confirmed. Fans can expect to see the voice cast and creators of The Dragon Prince, and a Fan Favorite panel with, well, fan favorites, including The Flash and Upload star Robbie Amell, What We Do in the Shadows' Harvey Guillen, and Star Trek: Picard's Jerri Ryan, among several others.

There will also be an online Exhibit Hall where fans can buy exclusive and limited-edition merchandise from well-known Comic-Con exhibitors. Other events include gaming, the annual Masquerade, and other group activities fans can participate in from the comfort of their homes. Further details on other virtual panels and events are forthcoming. Watch this space.

Are badges required to attend Comic-Con at Home?

Nope. All the programming created for Comic-Con at Home will be available for anyone with an internet connection. Typically, Comic-Con goers had to pay for badges to get into the event and hundreds of people have even camped outside in long lines hoping to get into to see major panels (that long Hall H line is infamous for a reason). That said, Comic-Con@Home will be providing that experience free of charge for everyone. The convention organizers will even provide fans with badges they can print at home. Rejoice!

If you already bought a pass for SDCC 2020, you'll have to request a refund. Otherwise, your cash will be applied to tickets for next year's event, in July 2021. You can fill out the form here.

Here's some further guidance from the official site:

If you've already booked a hotel through onPeak, SDCC's official affiliate, all reservations will automatically canceled and fans will be notified when the process is completed. No need to call or go online to cancel (unless you did not use onPeak).

San Diego Comic-Con at Home is currently scheduled to begin on July 23.