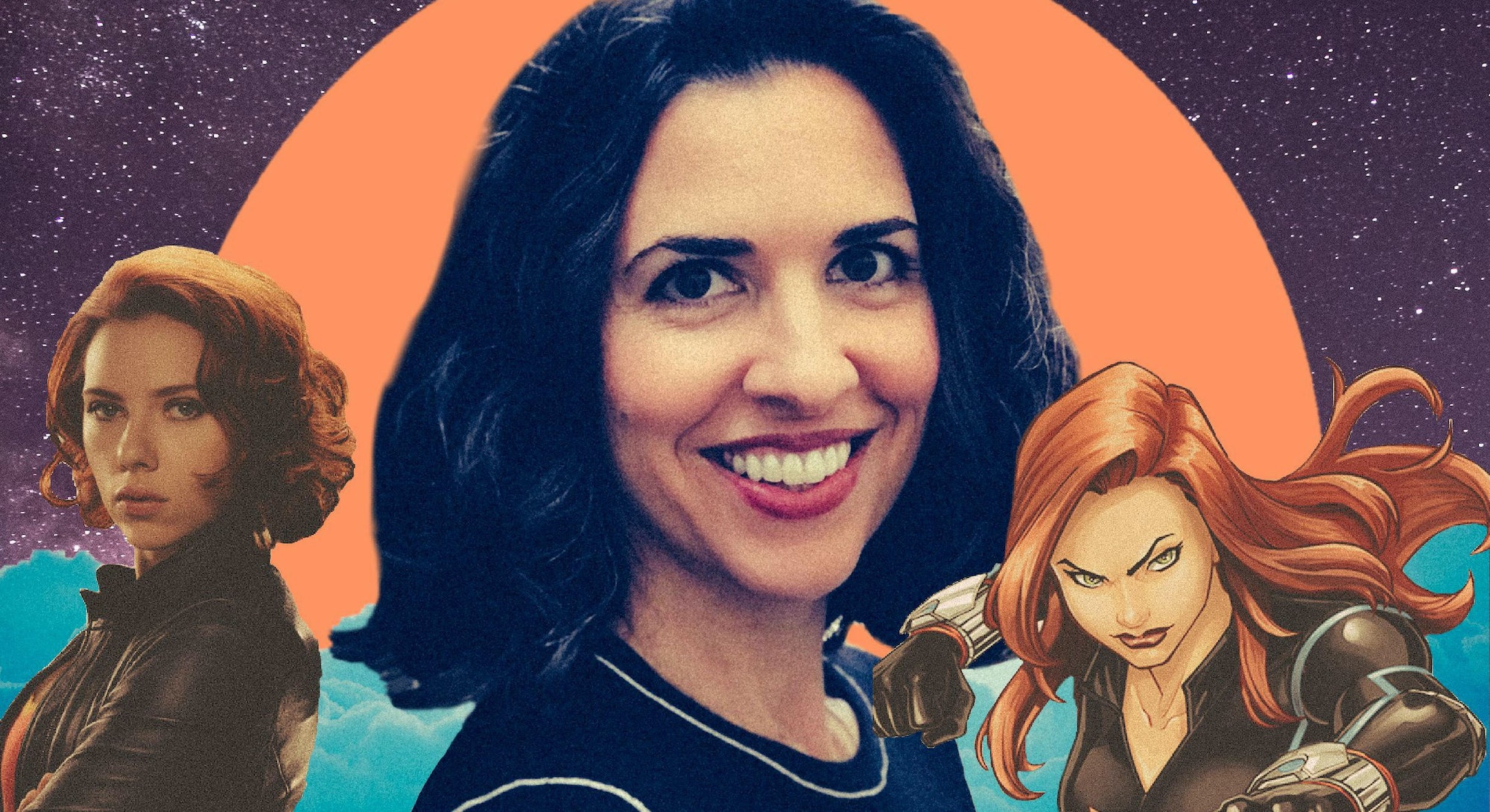 Below is an edited response to questions Inverse posed to Jac Schaeffer about being present among nearly 5,000 Marvel fans in San Diego Comic-Con’s legendary Hall H when two of her projects were announced. Schaeffer wrote the first script for Black Widow, out in theaters May 1, 2020, and she is the showrunner for WandaVision, the Disney+ series about Scarlet Witch and Vision, set to debut in spring 2021.

I’d never been to Comic-Con.

I got to Comic-Con, went straight to Hall H, watched two of my projects announced in Hall H as part of a Marvel presentation, and then went home the next morning. That was my very first Comic-Con experience, and I can’t imagine it will ever be better than that.

I cried a little bit watching the Black Widow footage. To see it with an audience, and to see something that’s been in the making for so long … seeing images that were so close to what I had envisioned — it’s surreal.

“To see it with an audience, and to see something that’s been in the making for so long … seeing images that were so close to what I had envisioned — it’s surreal.”

I was sitting near the Shang-Chi team, and being with them for when Simu [Liu] came out was really special. He’s such a charismatic actor, and it’s such a “star in the making plucked from obscurity”-type of story. It was just beautiful to be in the proximity of that.

One of the surprises that I didn’t know about was Mahershala Ali as Blade. I was like, “I’m dead. I’m just dead.”

And Hall H just lost it for Teyonah [Parris, who will play Monica Rambeau in WandaVision]. They warmed to her and cheered with her.

I worked on Captain Marvel, and I worked on some of young Monica Rambeau’s scenes. She as a character is such a bright light. And the casting of Teyonah is so perfect. We are all just freaking out because she as herself — like her true self has that Monica Rambeau megawatt smile and can-do attitude, but she also is a Juilliard-trained actress and can bring the gravitas to it. That casting is just such an incredible win.

She is so excited to have this role. It is gonna change her life. It is so exciting to finally have that out. It was so early that that became part of our concept. That is just a big joy sandwich, that whole thing.

Jac Schaeffer is a member of the Inverse Future 50.