“This foe is beyond any of you.” 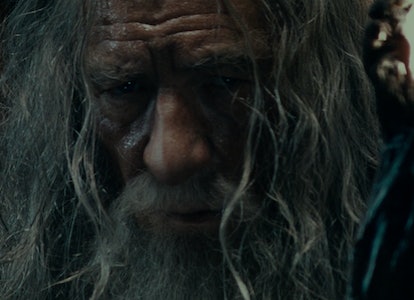 There are still several months to go until The Lord of the Rings: The Rings of Power makes its long-awaited premiere, meaning the jury is still out on the high-profile Amazon fantasy series. But that hasn’t stopped fans from engaging in intense discussions about the show, nor has it stopped Amazon from keeping its cards close to its chest.

After years of telling fans very little about the series, the streaming platform released some of the first official images, footage, and plot details from The Rings of Power earlier this year. However, Amazon is still keeping many details about the series under tight wraps for the time being.

That includes some of the battles and beasts fans should expect to see in The Rings of Power and what specific periods the show will explore in Middle-earth’s history. Now, a new Rings of Power leak suggests that the series will bring to life one of the most fearsome and iconic monsters that J.R.R. Tolkien ever created.

The Leak — According to a recent Rings of Power leak from Fellowship of Fans, Tolkien readers should expect to see a Balrog at some point in the Amazon show’s first season. In fact, the outlet claims that a Balrog does appear during the battle that is glimpsed very briefly in the first trailer for The Rings of Power.

Both die-hard Tolkien fans and casual viewers alike will be familiar with Balrogs, as Gandalf’s battle with one known as Durin’s Bane in The Fellowship of the Ring is what leads to his death and eventual resurrection as Gandalf the White. However, Durin’s Bane is far from the only Balrog to ever exist in Middle-earth.

A Balrog of Morgoth — The Balrogs were created by Middle-earth’s first Dark Lord, Morgoth. The powerful, demonic entities were among the most powerful of Morgoth’s servants and particularly active throughout the First Age of Middle-earth. They participated in several of Morgoth’s most notable military efforts. They were also major forces to be reckoned with throughout the War of Wrath, the catastrophic conflict that marked the end of the First Age and resulted in Morgoth’s imprisonment and exile.

Most of Morgoth’s Balrogs were said to have been destroyed or defeated by the time the War of Wrath had come to an end. Durin’s Bane is one of the few known to have survived the conflict and is the only Balrog who reemerged after Morgoth’s defeat. Therefore, if The Rings of Power shows a battle scene featuring a Balrog, that means the series will include a sequence set during the First Age of Middle-earth.

Whether the battle in question occurs during the War of Wrath is impossible to say right now. For what it’s worth, Finrod, who is said to be a central character in the sequence, did canonically die before the War of Wrath began. However, it’s entirely possible The Rings of Power will change the date of his death.

The Inverse Analysis — Most Lord of the Rings fans will probably be happy to hear that there may be Balrogs in The Rings of Power, though it’s worth noting that no one knows for sure how accurate this leak is right now.

If there are Balrogs in The Rings of Power, it’ll be interesting to see how visually similar they end up being to the one seen in director Peter Jackson’s The Fellowship of the Ring. That film’s depiction of Durin’s Bane has defined how many fans imagine Balrogs in their minds. The Amazon show has the chance to either give them more of what they’ve already seen or offer a new interpretation of the iconic Tolkien monster.

Unfortunately, we’ll have to wait until The Rings of Power’s September premiere to find out which route Amazon has chosen to take with its Balrogs — assuming there actually are any in the series.

More like this
Entertainment
Jan. 30, 2023
New House of the Dragon “making-of” book plunges into the fantasy hit’s creation
By Jeff Spry
Entertainment
Jan. 20, 2023
Legend of Vox Machina will continue — even if Dungeons and Dragons doesn't
By Eric Francisco
Culture
Jan. 18, 2023
Your science fiction education begins with Babylon 5
By Ryan Britt
LEARN SOMETHING NEW EVERY DAY.
Related Tags
Share: