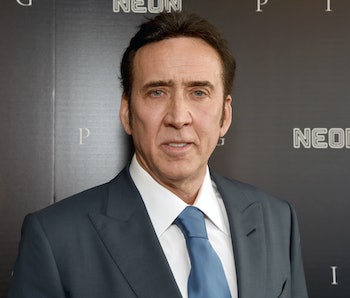 Believe it or not, Renfield will be the first time Nicolas Cage plays a vampire. While in 1989, the actor starred in the cult horror-comedy, Vampire’s Kiss, his character wasn’t technically undead even though he had a thirst for blood. Over 30 years later, Cage seems to be resurrecting a more authentic kind of blood-sucking energy for Universal Pictures’ upcoming Dracula movie.

With production starting soon, Renfield is already hyping up fans of Bram Stoker’s classic novel with exciting casting announcements, like Nic Cage, Awkwafina, and Nicholas Hoult joining the monster flick. But how will this vampire movie set itself apart from countless other horror films? And when should we expect the big screen to be graced with what could be another unforgettable performance from Cage?

Here is everything we know about Renfield, from its cast and director to when it will be arriving in theaters.

What is the Renfield release date?

In late February 2022, Universal announced the release date for Renfield. The highly anticipated Dracula movie will arrive in theaters on April 14, 2023.

According to The Hollywood Reporter, the movie will begin production in early 2022 in New Orleans, Louisiana. The April 2023 release date makes sense for the amount of time Renfield will need for filming and post-production.

What is Renfield’s plot?

Renfield will follow the “toxic and co-dependent relationship” between Dracula and his henchman, whom the movie is named after.

Bram Stoker first introduced Renfield in his 1897 epistolary novel, Dracula. The character was obsessed with drinking blood in order to achieve immortality, and hence, readers meet him as a patient in an asylum. In the book, Renfield admires the villainous Dracula and becomes his servant. Dracula, in turn, constantly manipulates and teases Renfield by dangling his assistant’s one true desire: everlasting life.

The few details we know about Renfield’s plot reveal this will be more of an adventure comedy, and — oddly enough — a breakup movie. Renfield will team up with another character to take down his personal hero. We don’t know what will cause Renfield to turn on his master, but considering the project is said to take place in a modern-day setting, it’s fair that after a few centuries together, the two got sick of each other.

Notably, Renfield will also be joining 2020’s The Invisible Man in Universal Pictures’ growing monster movie universe; so expect the film to be of a similar scale.

Who is in Renfield’s cast?

Renfield stars Nicholas Hoult as the titular henchman. Hoult is best known for playing Hank McCoy/Beast in the most recent X-Men films. As mentioned, Nicolas Cage will play opposite Hoult as Dracula. THR reports Shang-Chi star Awkwafina will play “a character who teams with Hoult’s Renfield to take on the vampire king.” No additional casting announcements have been made.

Is there a trailer for Renfield?

Renfield does have a trailer yet. We will update this page when Universal Pictures shares the movie’s first trailer.