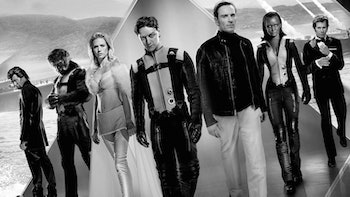 Certain superhero origin stories are easier to update than others. Changing Iron Man’s comic-book origins in the Vietnam War to reflect the part he played during the War on Terror, for example, easily modernized the character. Laying the foundation for the Marvel Cinematic Universe, that story only used global conflict as a backdrop, keeping its dramatic focus on Tony Stark’s internal transformation.

But in the X-Men franchise, Magneto’s origins are firmly rooted in traumas he experienced during the Holocaust, presenting a profound challenge for writers looking to update the powerful mutant’s backstory. Imagine Erik Lehnsherr becoming Magneto any other way; to divorce the character from that painful historical context would be essentially to create a new character.

That Magneto is tied to such a specific time period could be viewed as a hindrance (time will tell if and how the MCU adapts the supervillain). But ten years ago, Matthew Vaughn’s X-Men: First Class embraced the challenge of a superhero period piece with flair – and an impressive degree of success. It’s not perfect, but the strengths of First Class far outweigh its flaws.

Nazi concentration camps aren’t exactly the favored setting of summer blockbusters, but First Class doesn’t dwell on young Erik being brutally separated from his parents (a scene played out by 2000’s initial X-Men entry). Rather, it puts him in the arms of a Nazi-affiliated villain: Sebastian Shaw, played by a mustache-twirling Kevin Bacon.

With Bacon’s character, First Class pulls off a neat trick, giving Magneto (Michael Fassbender) an opponent related to the Nazis and not bound to their history, claiming to pursue different goals than the rest of WWII Germany but eagerly using its soldiers’ sadistic methods. Bacon has said his performance was influenced by young Hugh Hefner, communicating the sense he’s always looking for a party, even in scenes where he tortures others with demented glee.

There’s an imbalance in the two origin stories presented by First Class. Magneto must survive the Holocaust, while Charles Xavier (James McAvoy) essentially uses his emerging powers to get laid. As the two come across each other while investigating Shaw, their drastically dissimilar backstories provide the movie with its dramatic core: the terrific, often tense chemistry between Magneto and Xavier, as played by Fassbender and McAvoy.

The very concept of the X-Men rests upon these two lead mutants presenting starkly different worldviews – then moving heaven and earth to make them a reality. Xavier is the pacifist who seeks to reconcile humanity with mutantkind, while Magneto vows never again to trust the species that once subjected him to unimaginable atrocity, instead seeking dominion over all.

It’s easy to see Magneto’s side of things, given his origins in as dark a chapter of human history as the Holocaust. Early scenes where the mutant works alone to hunt down Nazis across France and Argentina are the best in the film, showing Magneto as a powerful figure propelled by rage and the desire for righteous vengeance. It’s initially tougher to understand Xavier’s more abstract, ideologically optimistic point of view. He needs other people to prove that his vision of collaboration between humans and mutants can work, and teaming up with the CIA gives him the technology needed to find other mutants. A small team develops, including Havok, Darwin, Banshee, Beast, Xavier’s childhood friend Mystique, and Magneto. It’s not built to last.

That loose alliance of mutants, all struggling to reconcile their own ideological tensions, is challenged when Shaw emerges with a mutant team of his own, including Emma Frost, Riptide, and Azazel. It’s easier to keep up with all the new players on screen than you might expect, because they all quickly display unique powers. (Though Alex Gonzalez doesn’t say a word as Riptide, it’s easy to remember a guy who causes cyclones.)

The early ‘60s time period also keeps the film coasting along; it’s full of dapper suits, secret societies, Star Trek-esque control panels, and villainous yachts straight out of a Bond movie, while the plot hinges on the Cuban Missile Crisis. First Class traveled a long, winding road through development, and the film perhaps feels overstuffed as a result of that. It was originally viewed as a solo Magneto project, following the character’s struggle through the Holocaust and quest to eventually visit revenge upon his former captors. (The screenwriter originally pitched it as “The Pianist meets X-Men” with Ian McKellen appearing to open and close the story.) But the 2007-08 writer’s strike threw those plans into disarray, and the project went through many rewrites to add and remove characters, plotlines, and historical settings.

It doesn’t all fit together seamlessly: a potentially intriguing love triangle between Beast, Mystique, and Magneto never fully develops, and a training montage at the X-Mansion seems to come out of nowhere. Two months after First Class appeared in theaters, another superhero period piece – Captain America: The First Avenger – debuted in theaters. Whereas Captain America was earnest and straightforward in its approach to setting a superhero story against real history, First Class offered a sense of style – and with it a few moments of narrative confusion – in its historical reimagining.

But for those willing to follow along, this prequel offered a fresh start for the X-Men, demonstrating an appealing range of stories that more philosophically minded fighters could carry.