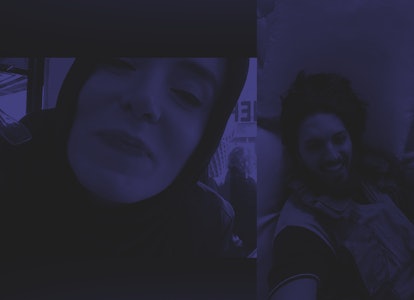 At last, the world is catching up to Timur Bekmambetov. The Russian-Kazakh filmmaker, whose directorial efforts include Hollywood blockbusters Wanted (2008) and Abraham Lincoln: Vampire Hunter (2012), as well as the box office bomb Ben-Hur (2016), spent years before the pandemic shepherding a “franchise” of micro-budget films, mostly horrors and thrillers, that share one unique trait: They all take place entirely on computer screens.

In discussing thriller Profile, now in theaters, Bekmambetov says he’s even given films made with this new cinematic technique a unifying name: “Screenlife.”

“This is a moment [where] people understand what I meant years ago,” Bekmambetov tells Inverse, fittingly enough, over Zoom. “[I told] everyone we must tell stories about how difficult our behaviors are [online]. Now, I don’t need to.” Asked whether he thinks the pandemic impacted his understanding of Screenlife, he counters that, rather than changing his opinions, “it changed the world’s.”

Since its introduction via 2014’s desktop-bound horror Unfriended, Screenlife has emerged as a bizarro family of anthology films, narratively rooted in our attachment to digital screens and linked through a cinematic technique that weaponizes every element of life online, from apps to messages and Internet rabbit holes. Rather than establishing characters who recur between the films, Screenlife titles share contemporary anxieties about the lives we lead, and the secrets we keep, in ones and zeroes. So far, Bekmambetov’s Screenlife output includes Unfriended, its 2018 sequel Unfriended: Dark Web, and that same year’s breakout thriller Searching (starring John Cho). Still on the way is romantic drama R#J, a retelling of Shakespeare’s Romeo and Juliet over smartphones, which premiered at Sundance.

All these films have been produced by Bekmambetov under his Bazelevs production banner, but his latest, Profile, is Bekmambetov’s first Screenlife project as a director.

Based on French journalist Anna Erelle’s 2015 book In the Skin of a Jihadist, Profile follows one reporter’s undercover investigation into ISIS recruitment strategies on social media. As detailed in Erelle’s real-life account, she initially created a fake Facebook profile of a Muslim convert in hopes of connecting with a high-ranking militant for the Islamic State in Syria. But eventually, Erelle’s cover was blown. With a fatwa since issued against her, Erelle now lives with extreme security measures. Profile adapts Erelle’s story, with Valene Kane (Rogue One: A Star Wars Story) taking on the role of British reporter Amy Whittaker, who meets a charismatic ISIS recruiter, Bilel (Star Trek Discovery actor Shazad Latif), after setting up an online profile.

Bekmambetov heard about Erelle’s story from his producing partner, Olga Kharina, who explained that her book included transcripts of Erelle’s Skype and Facebook messages. In terms of inspiration for Screenlife films, he felt he’d hit the goldmine. After pursuing the film rights, Bekmambetov met Erelle in a Paris hotel (after an agent spent thirty minutes vetting him), where she showed the director her real screenshots, conversations, and even Spotify playlists she listened to during her investigation. Plenty of this material appears directly in Profile.

“After two hours, we became friends,” Bekmambetov recalls. “She’s a very brave woman. You can imagine how [making a movie] could have affected her life. But she’s never been afraid to tell this story and was very cooperative both when we were filming and now [that] we’re releasing the movie. She’s even back on Twitter after she got hacked by ISIS a few years ago.”

Before Covid-19, it was easy in many quarter to dismiss Screenlife movies as low-budget gimmicks. But after this last year forced millions to work and live in front of their own personal black mirrors, Bekmambetov’s films no longer feel like a novelty. Instead, they look like an omen.

Taking a break from post-production on a new film – another Screenlife film, starring Eva Longoria and Ice Cube – Bekmambetov spoke to Inverse all the way from Uzbekistan. A weak wi-fi signal pixelated the director’s face, evoking a frequent visual in any given Screenlife film. For a moment, the lines between reality and fiction quite literally blurred.

How did meeting Anna Erelle inform the making of Profile?

It’s weird. Everything was different a few years ago. Facebook had a different design, different icons. The applications were not the same. We were using Skype, not Zoom. It was a time trip. I had a feeling, like, she allowed me to go “inside” her. There was so many details helping me understand her better. There was a moment before we shot the movie when Valene was Skyping with Anna. It was very emotional: one Amy saying hello to another.

In Profile, Amy falls in love with her recruiter, Bilel. Did that happen with Anna?

No, [that addition] was mine. It’s fictional. It was a logical step for me. She’s not a professional actress, Anna. She’s a journalist. She doesn’t know how to pretend to be in love with someone. But her goal was to develop a relationship and get information she needs. [For the movie,] it was necessary. It was a dangerous game she played, and it was my interpretation of what happened.

Acknowledging that the story of Profile is real, filmmakers have a certain responsibility when it comes to ethically portraying ethnic minorities in media. How did you make this movie without perpetuating unnecessarily negative stereotypes about Muslims?

The movie is based on a true story. One can Google her story, and stories of [other] victims, to understand it’s really happening. It is not meant to generalize all people from the Middle East, nor is it meant to categorize all people of the Islamic faith. The movie at the end of the day is not about that. It is about how lonely we are in our lives and in our digital lives, how unsecure we are when we’re online, thinking it’s safe to chat in your room on your laptop.

You made Screenlife movies before 2020. After this past year, we’ve all learned to live and work behind screens. Do you feel vindicated in any way by that, in terms of proving Screenlife’s cultural relevance?

Yes. I don’t want to say “Thank you, Covid,” but it was an important year for Screenlife. The pandemic introduced Screenlife as a lifestyle, even to those who never thought they are going to spend that much time on devices. Before, we had a hard time explaining why our characters must be online, on laptops, all the time. Now, when we have all lived that way for more than year, it doesn’t feel weird anymore.

We spend half of our life in the digital world. Our most important events happen in the digital space. We fall in love. We make friends. We make moral choices. There’s no other way to tell those stories. Screenlife is the only way to express and understand ourselves. I am sure that we will be producing more Screenlife movies, and [it will] be a big part of filmmaking.

A lot of Screenlife imitators emerged in the past year in both TV and movies. What do you think about their efforts? How do they compare to Screenlife?

The biggest mistake is they think it’s all talking heads. It’s chatting, searching, sending messages, a whole bouquet of different actions we do in the digital world. I see traditional screenwriters trying to tell stories using talking heads. It’s okay: we did the same when we made Unfriended. We’d be happy to share our experience and teach people. We have a lab in Liverpool, and we have filmmakers in India and South Korea, helping us to develop the language.

I feel more excited, more fascinated. But because of A.I., we don’t have trust yet. We don’t know how to live in the digital world, and because more people are entering this world without the right stories, they’re being lost. It’s stressful. I feel responsible to tell stories about the digital world. Simple answer: yes, it’s exciting. It’s new and unknown. But as with any unknown world, it’s scary.

Out of sheer curiosity, have you ever thought about a sequel to Wanted?

Profile is out now in theaters.