'Pieces of Her' ending explained: How its shocking twist sets up Season 2 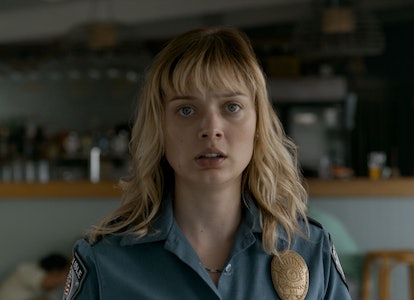 "Contrary to what you may think, my life didn't begin the moment you were born," Laura tells Andy in Pieces of Her. It's a shocking realization we all have in young adulthood: Our parents are not just our parents — they are three-dimensional people who lived entire lives before we were even a thought in the back of their minds. This universal experience is taken to a whole new level in Pieces of Her.

The new eight-part Netflix thriller series stars Toni Collette as Laura, a small town social worker, and Bella Heathcote as Andy, Laura's 30-year-old daughter who is suffering from a certain brand of Millennial malaise. When the mother-daughter duo is caught up in a shooting at a local restaurant, they become the center of a media frenzy. The unwanted attention brings people from Laura's distant past hurtling back into her life — and her daughter begins to learn the truth about her mother's shocking history.

Packed with familial deception, mistaken identities, cases filled with stacks of bills, and late-night chase scenes, Pieces of Her easily grips viewers with its twists and turns. None of us knew who to trust or what to believe — and this show kept us guessing right until the very last moments. Let’s break down the Pieces of Her ending and what it could mean for a potential second season.

Major spoilers for Pieces of Her ahead.

Pieces of Her ending explained

Throughout Pieces of Her, we watch Andy slowly uncover secrets from her mother's past. It begins with a getaway car complete with weapons, dozens of fake IDs, and a suitcase packed full of cash. Then, she discovers she and her mom were placed in witness protection before she was born. Finally, she learns that Laura's real name is Jane and that she comes from the wealthy Queller family. When Jane’s father, Michael Queller (Terry O’Quinn), was murdered at a conference in Oslo, she "disappeared."

Meanwhile, we begin to see the young Laura/Jane in a series of flashbacks. She fell in love with Nick Harp (Joe Dempsie), the leader of a far-left group called The Army of the Changing World. She joined the group and helped Nick in the plot to have Grace Juno kill her father in Oslo. After his death, the pregnant Jane ran away from Nick, served time in prison, and entered witness protection.

After a season full of shocking twists, the pieces all fall into place in the eighth and final episode.

Jane is terrified of Nick finding her, and the ending finally reveals why. He isn't after her money — he's after a tape. In a flashback, Jane steals a tape recording of Nick and Jane’s brother Jasper (David Wenham) making a deal. It turns out Jasper knew about the plot in Oslo. He wanted to get rid of his father so that he could take over the company.

In another twist, Andy suddenly remembers that Nick didn't find her at the scene of the car crash — he caused it. And Charlie (Gil Birmingham) isn't in the hospital; based on her memories, he died at the scene. As Andy's memory of the crash returns, she attacks Nick, setting the cottage on fire and the cash with it. Nick runs off into the woods, with Laura/Jane in pursuit. She is about to shoot him when Andy appears and asks her to stop. That's when the FBI shows up and, after 30 years of hunting, the agents arrest Nick.

And that appears to be that. Things slowly seem to calm down. Andy and Laura/Jane move back to their small town. Andy reconnects with Mike — "like normal people," she jokes. Jane gets to play the piano and throw out those hideous clothes from Talbot. But this is Pieces of Her, and naturally, there is one final twist.

Pieces of Her ending twist explained

The series ends with a shocking flashback, revealing what happened in Oslo. It wasn't Nick who gave Grace the gun that killed Michael Queller — it was Jane.

"My father — he's made it clear how he feels about my condition. As if he has a say whether she exists," Jane tells Grace. It turns out Michael was giving Jane drugs to try and end her pregnancy. "No one ever stops him," Jane says before giving Grace her bag with a loaded gun.

This flashback is interspersed with a phone call between Andy and Mike. It seems that Andy has figured out the truth, too.

In the show's final moments, Jane receives a call from Jasper. It seems that Jasper has spoken to Nick, and he now knows the truth about their father's death, too. "I'll be in touch," he says before hanging up.

After the call, Andy finds her mother at the beach. As Jane said earlier in the episode, "Sometimes, I would just go to the beach and think, 'What would Laura do?'" It's clear that Jane's problems aren't over yet, and the show ends with her back at the beach thinking about her next move.

Pieces of Her Season 2?

The Pieces of Her finale tied up many loose ends, but there are still a lot of pieces of the puzzle left to uncover. Because the show ended on a cliffhanger, it’s fair to expect that it’s leaving things open for a second season. So far, Netflix has not confirmed Pieces of Her will return with more episodes.

But if it is renewed for Season 2, Pieces of Her will need to contend with these unanswered questions:

Pieces of Her left plenty of secrets unresolved — and we're betting Netflix will be bringing us an even more thrilling second season in no time.

Pieces of Her Season 1 is streaming on Netflix.