One ‘Star Wars: Visions’ episode could be the franchise’s future, creator says

“The Force is strong here.” 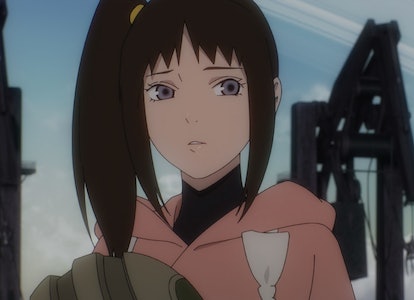 Star Wars: Visions is as enigmatic as the galaxy it inhabits. Released all in one day, the anime anthology series doesn’t feel like anything else in the Star Wars universe.

Whenever questions like “are these stories canon” or “will there be a Season 2” are raised, the answer from the minds behind the series has been a resounding “we don’t really know.”

Despite the otherworldly feel of Visions, each story does have a distinct place within the Star Wars timeline — and the one set furthest in the future may be the first to receive a follow-up.

“The Ninth Jedi” was our first glimpse of Star Wars in the years after the Skywalker Saga, a time when the Jedi Order is scattered to the winds, but at which point a mysterious note gathers those who left behind to receive some clandestine lightsabers.

This episode added whole new levels to lightsaber canon. Apparently, lightsabers grow in strength and color as one learns to wield the Force, and the color shifts with one’s loyalties. The episode ended with a new start for the Jedi Order — and a resurgence of the Sith. But with no clear answers about a Season 2, will we see characters like Ethan and Kara again?

In the “Filmmaker Focus” featurette about the making of “The Ninth Jedi,” Production I.G. founder Mitsuhisa Ishikawa discussed the process of Kenji Kamiyama, who wrote and directed a story initially conceived as two episodes and later combined.

After a lengthy discussion of themes of good and evil, which permeate every Star Wars story, Ishikawa let his fan side slip and indicated that he would love to see Kamiyama craft the next chapter of “The Ninth Jedi,” adding curiously: “That’s for the audience to decide.”

Visions was created as a test-case for Star Wars anthology content, which appears to be working out for Disney+ and Lucasfilm. Executive producer James Waugh told Inverse that he thinks “the approach has been ‘Let's see what the audience thinks and let's react from there.’”

Basically, the decision about whether there will be more Visions seemingly falls to viewership. Considering the glowing reviews, it’s hard to see why Lucasfilm would pass up the opportunity to create more — so long as fans are watching.

On the bright side, “let’s wait and see” is not a no. Fans have at least a small amount of control over this decision; by showing their support for this series, they can prove a Season 2 would be worth the effort.

Whether it’s a “Ninth Jedi” follow up or a whole new crop of stories, Star Wars: Visions will — quite fittingly — continue so long as fans see it.