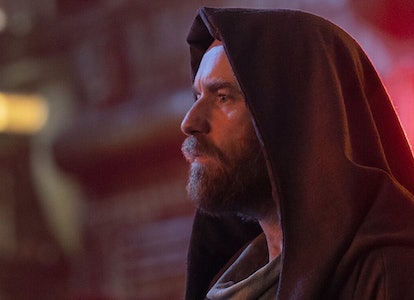 Obi-Wan Kenobi harkens the return of old friends. Obi-Wan Kenobi, Anakin Skywalker, Aunt Beru, and Uncle Owen will all be reprised by the actors who brought them to life in the prequels. But we’re also set to be introduced to several new friends — and quite a few enemies.

Recent leaks suggest Kenobi could introduce a brand new Jedi, but what if the leaks aren’t quite right? An intriguing fan theory argues this mysterious Jedi is so much more. In fact, he could even be a new Sith foe to be faced by Obi-Wan. Here’s everything you need to know.

The theory — Redditor im_super_into_that has a delicious theory regarding Nari, the rumored new Jedi who may or may not be played by Benny Safdie. According to the leaks, Nari is a Jedi who runs into Obi-Wan in the Tatooine desert and asks for help, but Obi-Wan refuses in order to maintain his cover. That choice ends up backfiring when Nari is executed by the inquisitors, forcing Obi-Wan to face the consequences of his actions.

But what if Nari is nothing but a red herring? Filming false scenes is nothing new for Star Wars — the big Luke reveal in The Mandalorian originally featured the obscure Plo Koon. What if Nari is merely a false name for another character, one with a history in non-canon Star Wars Legends?

A’Sharad Hett was a Tusken Raider Jedi who later fell to the Dark side and became known as Darth Krayt. His character first appeared in the ‘90s (aka, the shadowy years between the Original Trilogy and prequels) so he’s only showed up in comics and books no longer included in Disney’s official canon. Regardless, he had a prolific career and even sparred with Obi-Wan at the same point on the timeline when Obi-Wan Kenobi is set.

Darth Krayt makes more sense to fill this quasi-Red Shirt role for several reasons. First of all, he’s a Tusken raider so it would be more fitting for him to be wandering the Tatooine countryside than a random Jedi looking for a man who did everything he could to hide from the world.

Second, there’s a huge opportunity for the script to underline the betrayal felt by Obi-Wan after losing yet another apprentice to the Dark side — assuming we meet A’Sharad Hett before he becomes Darth Krayt. Not only would this be fascinating to see, but it would retcon Krayt’s backstory to make him a part of the core Star Wars story while simultaneously introducing him to modern canon.

Then again, even if the character we meet in Kenobi is already a full-Sith version of Krayt, that would still be almost as good. If Hett pretends to still be a Jedi only to betray Obi-Wan after gaining his trust, it could be even more devastating than watching Anakin Skywalker become Darth Vader.

The Inverse Analysis — This theory might not be as far-fetched as you think. Early reports claimed Obi-Wan’s script introduces Darth Krayt, so it’s possible he made it back in the final draft in one form or another.

Even if this character isn’t named A’Sharad Hett or Darth Krayt, it will be interesting to examine how his character will influence the final product. If Nari (or whoever this mysterious character ends up being) is similar to Hett, will Legends fans be satisfied, or is the name drop the only thing that matters? Time will tell.

Obi-Wan Kenobi premieres on Disney+ May 27.