“There are other ways to fight” 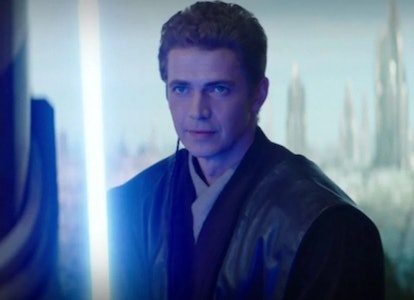 All throughout Obi-Wan Kenobi Episodes 1 and 2, Obi-Wan was trying to keep his powers secret. He tells Nari to go out into the desert and bury his saber, and he goes out of his way to avoid using his Force abilities. The Obi-Wan we met at the beginning of the series is a man terrified of being found out, not just for his sake, but for Luke’s.

This didn’t exactly satisfy fans who’d waited more than a decade to see Ewan McGregor wield the lightsaber again. We got our fair share of action in later episodes, but that shifted in Episode 5, which balanced the action with two separate scenes that prove there’s more to Star Wars than just saber duels.

Reva gets into two confrontations in Obi-Wan Kenobi Episode 5, both of which see her face unarmed Jedi. Before Obi-Wan turns himself into the Empire, he leaves his lightsaber behind and tells Haja “there are other ways to fight.”

This “other way” turns out to be a plea to Reva’s ulterior motives. Obi-Wan realizes Leia wasn’t the bait for him, but rather he was the bait for Vader, a way for her to get face-to-helmet with the Sith Lord and slaughter him the way he slaughtered her classmates. He convinces Reva to release him and allow Vader to be further distracted by his search for Kenobi.

When Reva finally gets her moment, we see the second of these unarmed fights. Vader never once takes out his lightsaber. Instead, when Reva sneaks up on him, he defends himself with his Force powers. Eventually, he breaks Reva’s saber in two and hands her one half. It’s the ultimate power move, and it humiliates Reva.

These fights mirror each other in that they show how Obi-Wan and Anakin have gone to two different extremes. Obi-Wan has discovered a way to live life and escape tricky situations without using his lightsaber, while Anakin is now so consumed by power that using his lightsaber on those who aren’t worth fighting is something he considers beneath him.

This entire episode is held together with a flashback to a training duel between the two of them where they each point out the other’s flaws. Each of them address these flaws by embracing their own ideologies and philosophies, which are on display once they put away the lightsabers.

This isn’t to say that lightsaber fights will no longer be a main attraction of Star Wars. It’s basically a given that we’ll have an epic Vader versus Obi-Wan showdown in this show’s finale. But stripping these two characters of their lightsabers through choice instead of necessity allows them to stand on their own as characters instead of just warriors.

That nuance can be hard to find in Star Wars.