“Everyone should go back and take a little peek.” 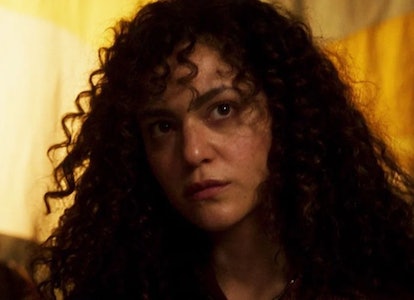 Easter eggs and Marvel TV shows go together like, well, Easter eggs and Easter. The sly in-jokes and references to other projects and comic book characters leads to a fun time for eagle-eyed viewers and all sorts of theories to discuss after every episode. However, every so often there’s an Easter egg that’s so much more than just a reference — it’s foreshadowing. A recent interview with the costume designer of Moon Knight may just reveal one of these little clues, and it may mean something huge for the show’s last two episodes.

In an interview right here at Inverse, Moon Knight costume designer Megan Kasperlik described the thought that went into the asylum costumes to make sure they reflect the characters we’ve come to know over the past four episodes. She ended the description with a vague comment on Layla’s costume.

“And for Layla, well, there are a few Easter eggs within her costume that I think everyone should go back and take a little peek at.”

What could this quote mean? Well, the first place we should look is Layla’s asylum garb.

At first glance it looks like she’s just wearing a plain white uniform: A t-shirt over a long-sleeved shirt and some lightweight white pants. But if you zoom in on the pants, they aren’t as plain as you think. There’s actually a texture to them, a slight white-on-white damask that’s hidden from view.

Zoom in on this pattern and it looks almost like a series of tessellated suns. Is this what Kasperlik was referring to? And if so, what could it mean? One explanation is a fan theory with a foundation in the comics that would completely change Layla’s character.

The existence of Egyptian gods in Moon Knight is nothing new — we saw Taweret at the end of Episode 4, and an entire council of avatars before that. But there’s one big god we haven’t seen yet: The Sun God Ra, who in Egyptian mythology is the father of Khonshu. Could Layla become Ra’s avatar?

Ra actually has a history in the comics, when an unnamed psychiatric patient, envious of Moon Knight’s powers, harnessed pyrotechnic abilities through Ra. This could happen to Layla, forcing Marc to choose between his role as a husband and his role as an avatar. Plus it could introduce an entirely new villain, since Arthur Harrow is apparently now nothing more than a psychiatrist.

The Inverse Analysis — If this quote is to be believed, there are no accidental choices in Moon Knight, no matter how small they seem. Even the most subtle pattern could mean the difference between Layla being Marc’s closest ally and his worst enemy.