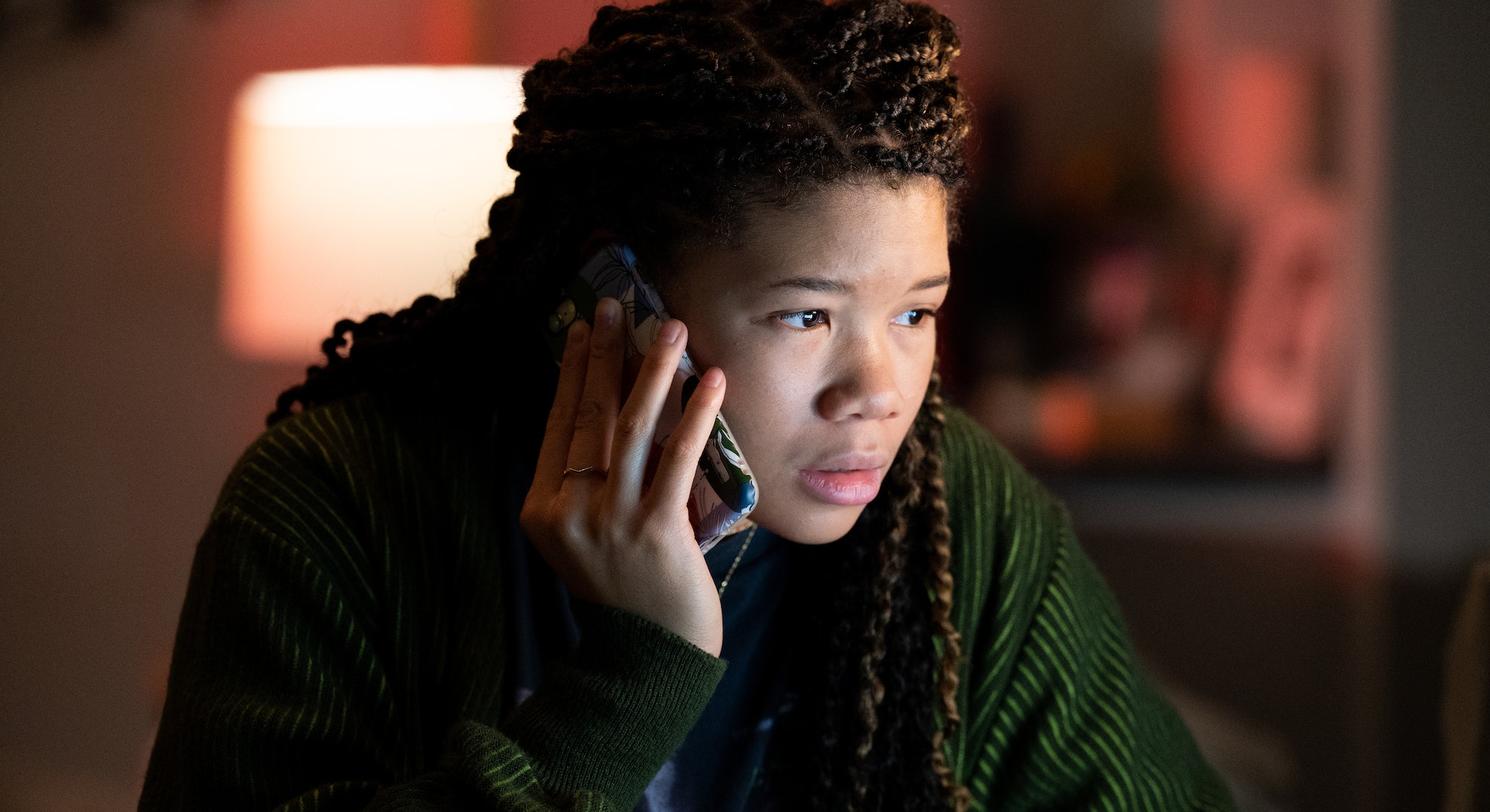 The “laptop movie” might be due for a reboot.

Missing, set for release on January 20, is a stand-alone sequel to director Aneesh Chaganty’s riveting 2018 thriller Searching, two films emblematic of producer Timur Bekmambetov’s “Screenlife” vision. While Missing uses the same tricks of the trade that made Searching compulsively watchable, the cracks in the genre are beginning to show, with the claustrophobic nature of the screen-only format beginning to feel more exhausting than invigorating.

Missing, helmed by freshman filmmakers Nick Johnson and Will Merrick, flips the script from Searching — where John Cho sought his missing daughter’s whereabouts — with 18-year-old rebel June (Storm Reid) using an array of apps, stolen passwords, and the unlikely aid of gig workers to locate her mother (Nia Long) and her new boyfriend (Ken Leung) after they vanish in Colombia.

The rabbit holes and secrets June unearths are deep enough to inspire curiosity. But beyond the mere entertainment value of seeing the mystery’s resolved and the film’s wise use of an expressive Storm Reid — whose cherubic face is almost always blown up in a FaceTime window — Missing offers little else that Searching and other, better movies don’t already. While its Gen Z-centric angle lends the film a unique identity and the family-centric drama intelligently probes spousal abuse trauma (up to a point), Missing falls short of meeting its full potential.

What’s worse, its trite presentation and worn-out atmosphere — bouncing between chilling tech-thriller and suburban horror, ad nauseam — fails to effectively make an impact in our pandemic reality. Now more than ever, desktop-bound pictures should feel visceral, but Missing only amounts to an elaborate PSA for tightening your privacy settings.

Five years separate Searching and Missing, two movies that inhabit a single continuity through clever Easter eggs that actually contain thematic parallels. Think about an aimless doomscroll from one viral true crime story to the next, where real people’s miseries are grotesquely mangled into white noise that fills another browser tab. Sadly Missing doesn’t go past suggestion, and the film woefully adds few innovations beyond the scary fact we’ve only volunteered more of our intimate lives to technology.

Missing cleverly taps into our our inherent horror of our codependence with technology: a “Ring doorbell” ping instinctively makes you reach for your phone, a hungover teenager easily obtains a location through Google tracking. It’s effective enough stuff, despite Missing frequently forgetting its basic function as a movie with human characters.

“Screenlife” is an evolutionary offshoot of low-budget found footage horror, and was coined years ago by Bekmambetov; his 2014 film Unfriended is credited with formalizing the artform. It’s more about presentation than it is a genre. The pandemic saw an uptick in releases that count as Screenlife regardless of Bekmambetov’s involvement, like Natalie Morales’ moving drama Language Lessons to the Parks & Recreation reunion. But the unifying characteristic of Bekmambetov’s movies is a default, uniform setting of perpetual paranoia, brought on by the function of surveillance our devices are wholly programmed to do. (Only the overlooked 2021 film R#J, a modernized Romeo & Juliet from Bekmambetov’s company, has challenged his conventions.) Now in a time when the iPhone itself has passed its 15th anniversary, Missing’s highest peaks are still underwhelming compared to a mid-tier Black Mirror episode.

Compelling enough but hardly inventive, Missing fumbles the ball passed by Searching, which in hindsight now seems to have only worked because of the specific talents involved. (It may yet be John Cho’s second-best work, behind his turn in Kogonada’s Columbus.)

Everything about Missing just feels like it occupies the shallow end of the pool, with a crippling focus on technological Chekov’s guns over the universal human need of wanting to say “I love you” to those who suddenly can’t hear it. Despite the movie’s best efforts, rereading old texts from those you wish to see again will leave a more lasting impression.

Missing opens in theaters on January 20.