'Matrix 4' trailer changes the ending of the entire original trilogy 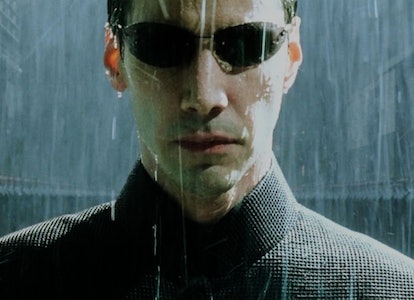 There’s one huge question that The Matrix Resurrections needs to answer, and we’re not talking about Morpheus 2.0. The original trilogy ended on an extremely vague note, hinting at a truce between humans and robots. So if that’s the case, why is Neo back in the Matrix in the new trailer? The answer could mean a dramatic rethinking of the entire franchise.

An intriguing new theory explains how The Matrix 4 can both make good on the original trilogy’s ending while also tweaking things just enough to set up an exciting new sequel. Here’s what you need to know.

The Architect vs. the Oracle

The third movie in the series, The Matrix Revolutions, concludes with a bizarre conversation between the Oracle and the Architect. After Neo strikes a deal of his own with the machines, these two programs within the Matrix with opposing ideologies on the role of humankind seem to come to an agreement.

(If you need a quick refresh, the Oracle was the one who used her powers of foresight to help Neo and unbalance the Matrix, while the Architect serves as her counterweight and keeps the Matrix humming along. The two also worked together to create the Matrix in the first place.)

Anyway, at the end of Matrix Revolutions, the Architect seemingly gives in to the Oracle and agrees to let humans leave the Matrix. However, in the Matrix Resurrections trailer, it’s clear there are still plenty of humans still in the Matrix. Even worse, many of them are sucking down blue pills, presumably intended to keep them.

The Matrix 4 and the Architect

On Reddit, u/Jacob_Wallace_8721 argues that the Architect didn’t break his word, he just found a loophole (or several). Essentially, he’s using Blue Pills and other tricks to keep the humans in the Matrix from ever wanting to leave in the first place. Pretty sneaky, right?

“If you want out, you will be freed,” u/Jacob_Wallace_8721 writes. “However, the new society pushes these blue pills on people to make sure you don't want out. It also has a bunch of people staring at smartphones, so it's a commentary on social media and consumerism ‘Matrix’ as well. You can leave anytime you want, but good luck doing so.”

The theory goes on to argue that even Trinity is yet another trick designed to pacify Neo. After all, she went out pretty graphically in Matrix Revolutions. And unlike Neo, she doesn’t have magic One powers to theoretically keep herself alive.

Neo vs. the Architect

If this theory is true, then the Architect may be the main villain of Matrix 4. It’s worth noting that Helmut Bakaitis, who played the character in Reloaded and Revolutions, isn’t confirmed for this new movie. That could be part of a plan to surprise audiences, or it could mean Resurrections actually recast the character. (It wouldn’t be the first time The Matrix swapped in a new actor for a classic role.)

Based on the trailer for The Matrix Resurrections, the answer may already be clear. Who could be behind this surplus in Blue Pills? Maybe it’s Neo’s mysterious new therapist, played by Neil Patrick Harris. The Architect is hiding in plain sight.