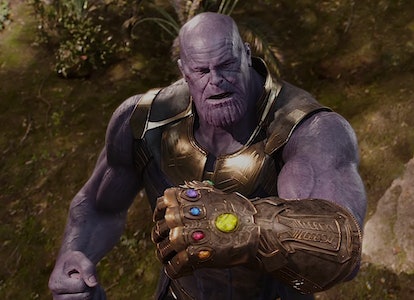 Marvel will never be finished with Thanos. Even several years after the Mad Titan turned to dust in Avengers: Endgame, most new shows and movies feel the need to at least mention the character. But if one new leak is to be believed, the Marvel Cinematic Universe could be getting back into the Thanos business in a big way — and it has everything to do with his brother, Starfox.

Starfox and the MCU

The MCU introduced Starfox (aka, Eros of Titan) in an Eternals post-credits scene. Played by Harry Styles, the character is announced as “the Royal Prince of Titan, brother of Thanos, the Knave of Hearts, defeater of Black Roger, the great adventurer, Starfox of Mystery Planet.” We haven’t seen or heard anything from him since then, but a new report could reveal Marvel’s plan.

A rumor from a site called The SRP Report claims that a Starfox project is in development at Marvel Studios. While the report doesn’t cite any specific sources (and the site doesn’t seem to have a proven track record), it does offer a few potentially interesting details about Harry Styles’ MCU future that are worth discussing — even if you should take it all with a grain of salt.

The report notes that it’s unclear if the Starfox project will be a show or a movie, just that it’s in the early stages of development. The blog also points to an earlier report from Giant Freaking Robot which claimed Styles has signed a five-movie deal with Marvel Studios.

Finally, The SRP Report speculates that this rumored show or movie could be an origin story, which brings us back to Thanos...

The MCU’s Thanos is notoriously dead, but if Starfox gets an origin story, that opens the door for Marvel to show a new side of the Mad Titan. In the comics, Eros is Thanos’ younger brother, but Thanos has “Deviant Syndrome,” which explains his unusual looks and generally unpleasant demeanor.

By comparison, Eros is a handsome dude with the power to stimulate pleasure in other people (yes, seriously). This power has no effect on Thanos, who has no pleasure center, making him immune to Starfox’s ability. This leads to plenty of conflict between the two brothers before they eventually part ways.

In other words, if we’re about to see Starfox’s origin story, there’s no way it won’t feature at least a bit of Thanos. Just remember, it probably won’t be the adult version we know and love. That’s right. Get ready for teen Thanos.