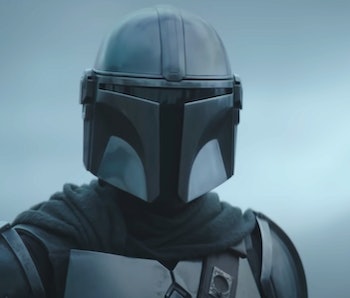 If you played Star Wars video games in the late 1990s, you were probably aware of several characters nobody talks about anymore. Mention "Thok" or "Arden Lyn" to a Star Wars fan today, and you may appear to have lost your mind. But in 1997, the Street Fighter knock-off Star Wars: Masters of Teräs Käsi saw familiar characters like Luke Skywalker and Han Solo duking it out against a host of new faces. Even back then, nobody really thought Teräs Käsi counted as real canon, but the trailer for The Mandalorian Season 2 might change all that.

In one scene, we definitely saw a fighting ring a lot like what we saw in Teräs Käsi with two Gamorreans, like Teräs Käsi's Thok, duking it out. Is this obscure game making a comeback? Maybe it already has.

What was Masters of Teräs Käsi?

Masters of Teräs Käsi was a fighting game for the PlayStation. The Emperor recruited a martial arts fighter named Arden Lyn to battle leaders of the Rebel Alliance to punish them for the destruction of the Death Star. Arden Lyn had a cyborg arm which could fire little energy bolts and she was a master of the martial art known as "Teräs Käsi," which was basically all you needed to know about her.

Is Masters of Teräs Käsi canon?

Well, no, for fairly obvious reasons. Mara Jade isn't canon. Vader fighting with this fists like a boxer is absurd. There's not a good reason for Luke and Han to kick each other in the face. And yet, in the 2018 movie Solo: A Star Wars Story, Qi'ra said outright that she knows how to fight using "Teräs Käsi." This seems to partially make at least the martial art form itself canon, even if the situations in the game didn't happen. Correlatively, Solo played fast-and-loose with kooky Legends non-canon with Lando's backstory, too. In one scene, Lando references the non-canon novel Lando Calrissian and the Mindharp of Sharu, which suggests that a "real" canon exists somewhere beyond the Legends canon, too.

None of this makes Arden Lyn or Mara Jade suddenly canon. But about that those fighting Gamorreans?

Is Thok in Mandalorian Season 2 or what?

It seems like some form of Gamorrean grudge-match exists in this season. At the end of the Season 2 trailer, Mando walks into what looks like a spot hosting a fight between two Gamorreans, whacking each other with vibro-axes. This feels very reminiscent of Masters of Teräs Käsi, if only because examples of formalized fighting-matches in Star Wars are pretty rare. This looks like a literal cage match between these two Gamorreans, which, makes it seem like an Easter egg for Teräs Käsi. Which, then makes you wonder if one of these Gamorreans is literally named Thok. Now, this is non-canon stuff, but if it is Thok, that means he has the ability to belch a fireball.

Let's just say that again: One of these green-pig aliens, famous for their appearances at Jabba's Palace in Return of the Jedi, might have the ability to burp fireballs, just like in the game. While Wookieepedia agrees that Thok is a non-canon character, it does back-up the fireball-burp thing. Thok's backstory comes from non-fiction blog articles published on StarWars.com in 2013, which also mentions that he had a brother named Gorc, who had Force-potential.

So, the bottom line is pretty clear: According to some very obscure Star Wars apocryphal, these two Gamorreans might be able to spit fireballs and use the Force.

The Mandalorian Season 2 comes to Disney+ on October 30.