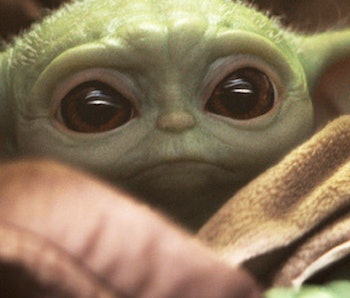 As Luke Skywalker heads off to battle Darth Vader in The Empire Strikes Back, Obi-Wan Kenobi says that Luke is the galaxy’s last hope. However, Jedi Master Yoda reveals "there is another," someone else who is powerful enough to save the galaxy.

For decades, Star Wars fans assumed that person was Leia, Luke's sister and a powerful Force user in her own right. However, an intriguing new theory has us convinced Yoda was actually referring to someone else, and that mystery hero could be revealed in The Mandalorian Season 2.

Redditor u/bacontornado theorizes that Yoda was not talking about Leia at all. Instead, he was describing Ahsoka Tano, the ex-Jedi who shared a close relationship as Anakin Skywalker's padawan during Star Wars: The Clone Wars. Ahsoka may have never finished her training, but she was a successful Force user and a competent leader in her own right. She even took down Darth Maul in the Clone Wars series finale that aired earlier this year.

This might sound like a stretch — or, at the very least, a major retcon — but the theory actually makes some good points. For one thing, Obi-Wan and Yoda both already knew about Leia at that time, so there was no reason to be so mysterious when discussing her in The Empire Strikes Back.

Of course, one could also argue that this conversation happened before George Lucas decided to make Leia Luke’s sister in the first place, and that’s why the conversation is vague. (Lucas did plan for Luke to have a sister, but it wasn’t supposed to be Leia.) Ahsoka also didn't exist at the time, but if you only focus on what's happening in Star Wars canon, it technically makes sense for Yoda to be referring to Anakin's old student.

We also know that the events of The Clone Wars and Star Wars Rebels occur before the original trilogy. Meanwhile, The Mandalorian, which is set five years after Return of the Jedi, has confirmed that Ahsoka is still very much alive. Then again, there's nothing in either of those shows to hint that Ahsoka was Yoda's secret weapon, but there's another explanation that's even more exciting.

It's more likely that Baby Yoda was the backup Jedi that Yoda was referring to. The Mandalorian has slowly been unraveling the mystery surrounding the 50-year-old Child, but it's still unclear where he came from or whether he's connected at all to Yoda himself. It's possible that Yoda knew about Baby Yoda all along, but viewed him as a contingency plan in case Luke and Leia failed to stop Emperor Palpatine.

But if that's the case, Yoda was playing an even longer game than we thought. Considering that Baby Yoda is already 50 years old in The Mandalorian, it could be years if not decades before he's ready to fight. Thankfully, Luke didn't fail, and we know Rey will eventually kill Palpatine, so the pressure is off Baby Yoda to save the galaxy — for now.

The Inverse Analysis — The theory is trying to connect the old with the new, and it works for the most part. However, as much as it makes sense for Yoda to have been referring to Ahsoka, all signs seem to be pointing in Baby Yoda's direction. There's simply too much we don't know about the adorable green infant or, where he came from, or why he's in such high demand. If he is a member of Yoda's species, then it makes the scene from Empire all the more worthwhile.