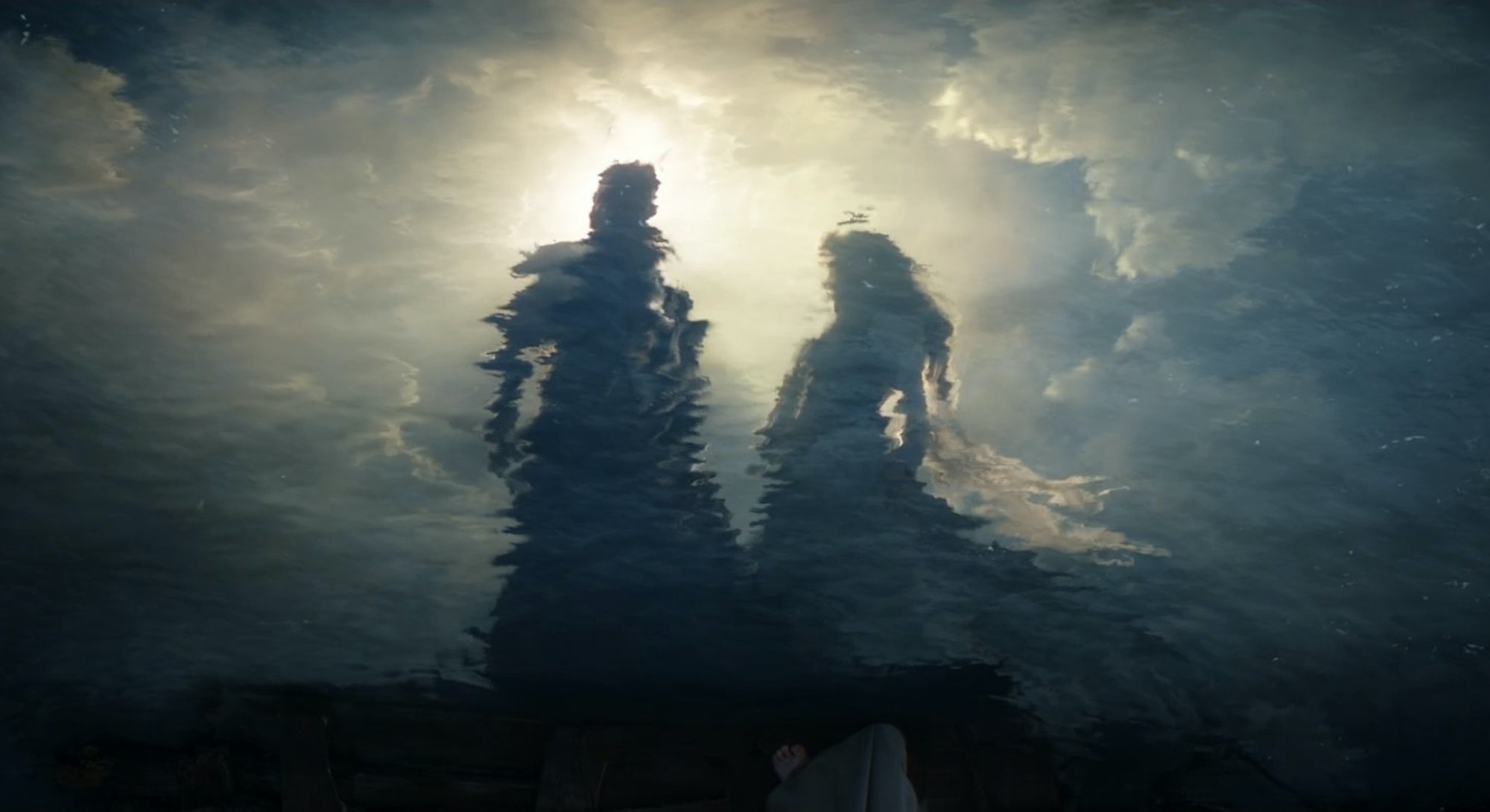 To reveal Sauron, the writers of The Lord of the Rings: The Rings of Power had to think like Sauron.

In the Season 1 finale of Amazon’s epic prequel series, all of Middle-earth shook when the handsome stranger Halbrand, played by Charlie Vickers, revealed himself to be none other than Sauron in disguise.

True to Tolkien’s writings, Sauron spends the season fooling the elves by presenting himself as a charming, amiable “gift giver” who aids in the forging of the three elven rings. The season ends in a break from Tolkien’s canon, as they’re the first rings forged rather than the last.

The reveal was hard not only for Galadriel (Morfydd Clark), but for audiences. While some viewers probably saw it coming, the show ensured the full weight of the moment was felt through Galadriel’s heartbreak at having her sense of trust shattered.

According to writer and producer Gennifer Hutchison, a TV veteran whose credits include The Strain, Breaking Bad, and Better Call Saul, the Rings of Power staff asked themselves a simple question: “What would Sauron do?”

“We think about things like making sure that Halbrand is internally consistent for Halbrand and for Sauron,” Hutchison tells Inverse. “If you go back and look at the decisions he’s making, you can read them for either character.”

Inverse spoke to Hutchison about the past and future of Amazon’s buzzy fantasy epic, including just what it means for Sauron to feel like Walter White in Season 2.

Inverse: Tolkien wrote that Sauron came to the Second Age to fool the elves into forging the rings. How do you come up with a character like Halbrand out of crumbs left by Tolkien?

Hutchison: That’s the challenge, right? What’s nice is you have that great foundation of, like, “This is the story, these are the dynamics,” and then you’re able to fill in details. It really becomes about what’s going to best serve characters. If we’re centering a story on Galadriel and her journey, you’re asking questions like, “What’s the best way to also bring this character in?” To get to ring forging, in what context would that come? Just finding ways in, while still honoring the spirit and beats that you’re trying to make sure you’re hitting as you go.

How did you come up with Halbrand as a fully-formed character?

We wanted a foil for Galadriel. Someone who was running from their past and a little bit checked out. Someone that she could pull back in, because she's so driven. And so that character just started springing up from what that dynamic could be.

The showrunners recently said that Sauron will be “like” Walter White, from Breaking Bad. As a Breaking Bad veteran, can you extrapolate on what they might mean?

I think the idea is, at a certain point, Walter really embraced his Heisenberg identity. We know who Sauron is, he has been revealed to at least Galadriel. How does he start to stretch his legs?

What is the difference between writing shows like Better Call Saul and The Rings of Power? How stark is the contrast?

What was different is the scale. We’re working with so much. The attention paid to the property, the scope and scale of what we’re trying to do, and the story we’re telling. Breaking Bad and Better Call Saul are very focused, individual character studies anchored to a single lead. Rings of Power has all these worlds and storylines. But the thing I think would be similar was bringing that foundation of character, and finding ways to make sure characters feel grounded and that we’re hitting what their emotional arcs are. That was the link for me between the rooms.

In Tolkien’s canon, he wrote that the elven rings were forged last. In Rings of Power, they’re forged before the humans and dwarves get theirs. What was the reason for this change?

So much of the season was about the elves and their journey, and Galadriel’s journey, and the fading [of Eregion]. So, we wanted to tie those rings into that story. It was about narrowing our focus down on them and having those rings cap off the season. Because we had to make rings. It felt like the climax of that arc, as opposed to trying to manage the timeline in a different way.

Another character whose identity was unmasked was The Stranger (Daniel Weyman). He’s first said to be Sauron before we learn that isn’t true. Did it feel risky having these two Sauron “reveals” in one episode?

Yes, of course. What was great for me about it is so much of the Stranger’s journey was him wondering, “Am I bad? Am I dangerous?” And then to be told, “Yes, you are,” but then have Nori bring him back to realizing who he truly was and who he was truly going to be. I think that was the benefit of that early “reveal.” It allowed that arc to come to fruition in the episode. And then it just had that extra little misdirect as well.

You gave the Stranger one of Ian McKellen’s Gandalf lines, about following one’s nose whenever in doubt. Does that line inform us of the Stranger’s true identity?

So much of what we like to do is make references to the stories and books in the later age as things that are said early. The idea of these things coming back in the Third Age and the story we know. So whoever the Stranger is, that saying is either one he says again, or it’s one he passes on. It just really anchors it in that world in a way that was appealing to us.

Is the Stranger a Blue Wizard?

Until he knows his name, we won’t know his name.