How Marvel Comics turned its most selfish villain into a hero

“He was a manipulative creature born of jealousy.” 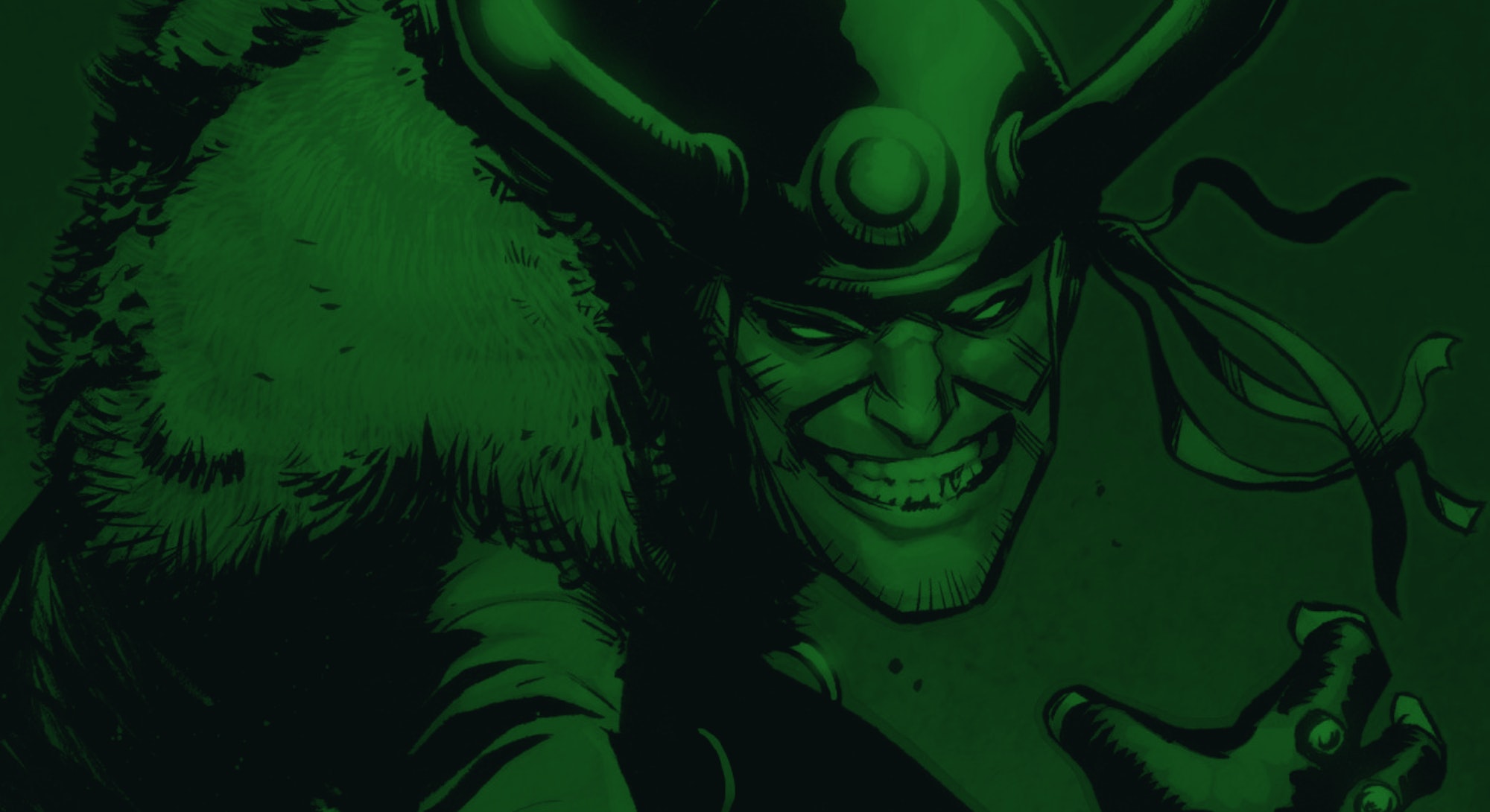 From the first time he appeared onscreen, there’s always been something special about Loki.

Tom Hiddleston’s mischievous god quickly won over audiences, becoming the Marvel Cinematic Universe’s best villain by a mile (at least until Thanos made his presence known in Avengers: Infinity War).

Now, in his overdue, first solo adventure, Marvel’s Loki continues his transformation from Thor’s mischievous half-brother from villain into… well, that’s the question, isn’t it?

Perhaps it’s too early to call him a hero just yet, but we’re hopeful that “anti-hero” will be a good fit by the end of the Disney+ series. While Loki’s evolution in the Marvel Cinematic Universe took him from arch-supervillain in The Avengers to begrudging ally in Thor: Ragnarok, comic book readers have already seen the full-fledged do-gooder that Loki looks set to introduce.

Ahead of Loki’s June 9 premiere, Inverse spoke to two of the comic book writers most responsible for Loki’s surprising character growth over the past 10 years.

The comic book version of the character’s transformation was far from immediate, coming almost 40 years after his debut. When he first appeared in the Marvel Universe — in 1962’s Journey Into Mystery #85 — Loki was as unrepentantly and cartoonishly evil as any villain in the burgeoning Marvel line; he’s even described by Thor at one point in the issue as “the most cunning and wicked of all the gods!” in an on-the-nose thought balloon (Given that the plot of the issue climaxes with Loki being captured by Thor trapping him in a piece of construction pipe, that might be massively overselling his threat, but those were simpler times.)

For the next few decades, Loki’s position in the wider Marvel Universe was clear: he wasn’t to be trusted by anyone, not even his fellow villains, who he’d happily and eagerly betray if it meant getting ahead. There was, after all, only one thing that Loki truly cared about in those times, and that was Loki.

That didn’t mean his actions wouldn’t occasionally benefit the greater good; the comic book Loki brought the Avengers together in the first place just as he did in the MCU. He also fought alongside Odin, Thor, and all manner of other heroes against the Fire Giant Surtur in what remains one of the most epic storylines in Thor’s nearly six-decade comic career.

In every case, however, those benefits were almost accidental by-products of Loki’s legendary self-interest, as illustrated perfectly in one panel by Walt Simonson from 1985’s The Mighty Thor #353. Standing side by side ahead of a common enemy, Odin bellows, “For Asgard!” Thor responds, “For Midgard!” referencing the name Asgardians have traditionally given Earth. Loki, by contrast, announces shamelessly, “For myself!”

Loki started to change in 2010, and for a good narrative reason. The character had recently died as a result of his own villainy and been reborn. This wasn’t the first time he’d been resurrected, but what followed was far from the norm: Loki returned as a child instead of his usual adult self, with none of the emotional baggage audiences were familiar with.

“It was 100% Matt’s idea,” Kieron Gillen, who wrote the younger Loki’s subsequent adventures in the Journey Into Mystery series, tells Inverse. (“Matt” is Matt Fraction, who was writing the Thor comic book series at the time.) “I presumed Loki would be a kid for a few issues, then age up, but Matt noted that wasn’t it. He wanted to show why Thor loved Loki enough to not just murder him every time he walked in the room.”

As it turned out, that revision to Loki’s status quo — being literally and existentially born again, freed from his past behavior and an expectation that he would immediately revert to his bad guy roots — gave Gillen the chance to push Loki in brand new directions that built upon his core concept as a god of mischief.

“Can bad people get better? And if so, how much? And if not, why not?”

“Up until that point in my brief Thor run, I had written a fairly standard Loki — he was a manipulative creature born of jealousy of Thor and Odin,” Gillen says. “It was only around Siege: Loki [a 2010 special issue tying into the larger Siege storyline] that I hit that core idea — that if Loki was a god of chaos, and that he could never actually change, that would drive him to distraction. Loki trying to escape his fate struck me as a real godly sort of reason to do something. This is just one of my big themes, across all my work: can people change? Can bad people get better? Why are people bad? And if so, how much? And if not, why not? Loki was a great device for all that.”

Gillen’s Loki explored all these themes, and in the process created a character far easier to love than had existed before, just as Hiddleston’s cinematic version started to build an entirely new fandom for the character. MCU fans have a different relationship with Loki than comics fans, one shaped as much through the actor’s good looks and charm as anything else; even though he was unmistakably a villain, Hiddleston’s performance made fans want to believe there was something more there that, perhaps, might look like some kind of redemption, in some form. (Gillen’s Journey Into Mystery ran 2011 through 2012, the years when Thor and Marvel’s The Avengers were released.)

Hiddleston himself wrote a fan letter to the series that appeared in Gillen’s final issue, where he said, “You and I see Loki the same way”; Gillen maintains that he wasn’t influenced by Loki’s evolution in the movies, but admits that “seeing a hot, charming, witty, intelligent Loki who absolutely elevated the material wasn’t an influence on me, but certainly something I was hugely glad to see.”

Journey Into Mystery teased the potential for Loki to cast aside his villainous ways, only to end in such a way as to suggest that he could never escape a destiny to be a bad guy. (That’s only the mildest spoiler, I promise.) By the time Loki — newly restored to something approaching adulthood, if notably younger than the wizened old hag he’d been in years past — next starred in his own comic book series, however, that destiny looked far less guaranteed.

Loki: Agent of Asgard, written by Al Ewing and published from 2014 through 2015, had a straightforward idea at the heart of it: a morally ambiguous Loki, seemingly in the employ of Thor’s homeworld, finds himself at war with… well, himself — specifically, his future, evil self who’s attempting to change his own history and cement Loki as a villain once and for all by killing Thor.

By the series’ end, the younger Loki has prevailed in this existential conflict by essentially simply choosing to be a better person… although not necessarily an unselfish, or even necessarily “good,” person.

There were metaphysical elements involved in the victory, of course, with the younger Loki realizing that, as the god of stories, he could simply write himself a better, brighter destiny and bypass the older Loki’s fate entirely; it’s comics, so this becomes a particularly exciting way to illustrate inner growth.

“I think one of the themes I keep coming back to — not always consciously, it just pops up — is change as a positive, and the quest to become a better version of yourself than you start out as,” Ewing tells Inverse. “That's often at odds with the story physics of superhero comics, which still have the ‘illusion of change’ thing going on — the idea that things might change, but barring the occasional exception, the characters will eventually return to where you found them. I kind of hate that — I always want to leave characters somewhere at least a little different, somewhere they can have new stories about them that are different from what's come before.”

“I don't think you'll get a story with Loki as an out-and-out baddie for a long time.”

For Ewing, the Loki that came out of Agent of Asgard — and the movie version seen in Thor: Ragnarok and Avengers: Infinity War — may not be a hero, per se, but he’s certainly not a villain, and that’s an important distinction.

“I think Loki should be mischievous, obviously, and full of schemes and tricks,” Ewing says. “I don't think you'll get a story with Loki as an out-and-out baddie for a long time, because they're a lot more interesting — and fun — if they aren't so predictable.”

This is the landscape into which Loki (the show) is dropped into: one in which both creators and audiences are more comfortable with a Loki that is more rounded and complex than simply villainous, with canonical material supporting that idea. Even if the series features a Loki that hasn’t had the redemptive experiences of Thor: Ragnarok and Avengers: Infinity War — thanks, of course, to his being an alternate timeline version who’d escaped from 2012 and the end of Avengers — the metatextual context surrounding him expects him to be more than just a bad guy; it’s almost unthinkable that he’ll fail to rise to the occasion, if only because of the nature of Marvel Studios storytelling.

In the “Miss Minutes” teaser for Loki, a character says simply, “Trusting Loki is not a good idea.” It’s a joke that plays out like Schrodinger’s Cat, in that she’s both correct and incorrect at the same time. Sure, Loki will almost certainly find a twist in the tale that allows him to sidestep what the Time Variance Authority expect, but, by this point, it’s also pretty safe to say that Loki’s likely to end up doing something close to the right thing in the end… even if he’s not altogether too happy about it.