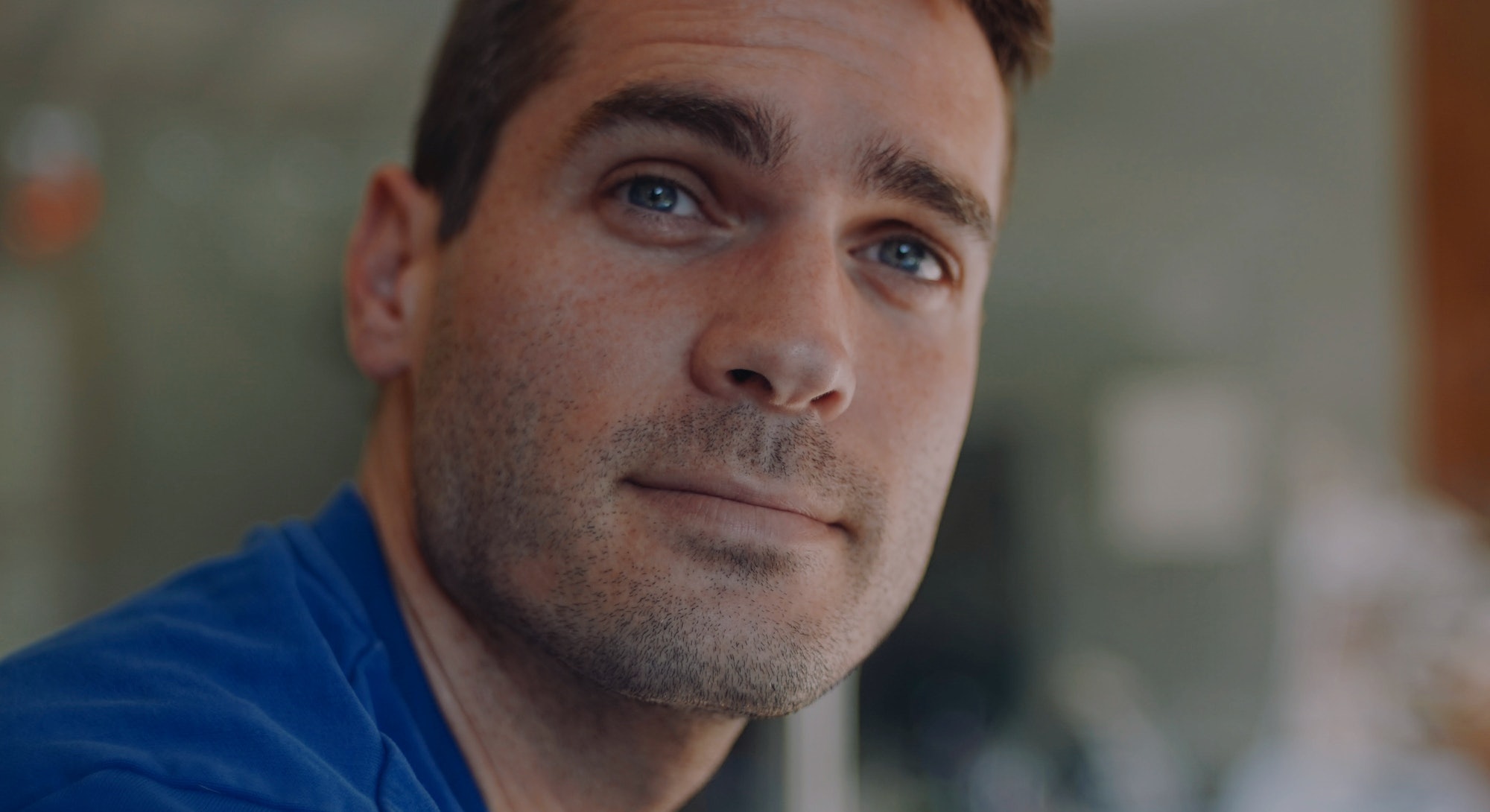 Jim Cummings spends a lot of time on Reddit.

The 34-year-old filmmaker, whose indie debut Thunder Road won the Grand Jury Award at SXSW 2018 and whose werewolf horror-comedy The Wolf of Snow Hollow became the unexpected hit of 2020’s Halloween season (Hubie Halloween aside), has been a redditor since the late 2000s. But on October 14, Cummings got to do something most Redditors only dream of. He hosted an AMA.

Like a lot of the internet, Reddit can be a toxic place (one of Cummings’ favorite subreddit communities is Public Freakout, which spotlights videos of people losing their cool, mostly at helpless fast food workers), but it can also foster strong communities (he’s “learned a thousand things” from Filmmakers). So the writer-director-actor was pleasantly surprised when Reddit showed up to discuss his new movie with enthusiasm. Then, this happened.

You could say that Cummings gravitates toward a certain type of character. In Thunder Road, he plays an emotional Texan police officer who lets his messy personal life destroy his work life. In The Wolf of Snow Hollow, Cummings is a small-town police chief in Utah dealing with alcoholism and anger management issues, all while the town is terrorized by a violent killer who may or not be a werewolf.

You might empathize with these characters, but they are not the kind you’d want to get a beer with. And they are definitely not people who should be allowed to own a gun, let alone use it to enforce the law.

It’s easy to see these two movies as well-timed critiques of America’s police system, but Cummings just thinks it’s funny to take someone who’s supposed to be emotionless and put them inside a pressure cooker.

“Watching somebody freak out and break what we have established as normal society is really funny, and also really dramatic,” he says. (In his AMA, Cummings shouts out his favorite Letterboxd review of one of his movies: “Comedy is tragedy in a wide shot. Jim Cummings zooms in.")

His character in Thunder Road was originally supposed to be a Marine, but the idea of watching a police officer in uniform experience a total public meltdown proved irresistible. It worked, and Cummings re-upped with The Wolf of Snow Hollow

“The police are just such an interesting concept because they are a society of testosterone-driven meatheads who can't show any kind of emotions,” he says, adding that while there are good cops who have to deal with tough situations on a regular basis, there are also “assholes who have these power complexes and beat up people and sometimes shoot them, and that's criminal.”

Beyond this critique of power and masculinity, which runs through his movies like a bulging vein on the forehead of one of Cumming’s stressed-out characters, The Wolf of Snow Hollow throws in a pinch of criminal psychology, by way of werewolves.

“Serial killers will do something terrible and then wake up the next day and realize that they had no control over themselves in the same way that a werewolf would,” he says. This connection stuck with him until eventually, he decided it was worth exploring in a movie.

Cummings grew up in New Orleans, which he says gave him the freedom to pursue the arts that a childhood in other parts of the country might not. He cites local legends the Duplass Brothers as a major influence on him, and you can see the quirky comedy and raw emotion of their movies in the DNA of his work. Add some Southern Gothic storytelling, and you get Jim Cummings.

“Growing up reading William Faulkner and walking past his house was incredibly influential to me,” he says.

Cummings studied film at Emerson College in Boston, but he struggled to break into the industry after graduating in 2009. (“I failed. I was a failed filmmaker,” he says.) His first attempted film took place in his hometown and followed a group of friends who return to the city in the aftermath of Hurricane Katrina. He spent a year-and-a-half editing it before finally admitting that it wasn’t working and moving on.

Cummings spent the next six years thinking he wasn’t cut out to make his own movies and focused instead on producing for his friends. That eventually led to a gig working with the rapper Little Dickie, where Cummings and his friend Tony Yacenda (American Vandal, Dave) produced and directed three of the rapper’s early videos, including “Save that Money,” which they filmed for free by begging for handouts in Beverly Hills.

“That was a nightmare because we weren't allowed to spend any money on it,” Cummings says. “I'm the guy who's getting the talent release from like the older lady. I've never pulled my hair out so much.”

After seeing his friends in action, Cummings finally worked up the courage to try making his own movies again. The only problem? Finding someone to play the lead.

Cummings never thought of himself as an actor. He has no formal training, but he had one advantage over everyone else: direct access to the writer-director.

“It just saved his time on set,” he says. “I had already written the thing and rehearsed 1000 times so I could just do it. I can rehearse with the director in the shower.”

Starring in his own movies also gives them a certain quality. Cummings compares it to some of Jackie Chan’s film where the star cast himself in the lead role, even if it meant taking a physical beating.

Cummings might not know martial arts, but he keeps casting himself in roles that involve taking an emotional beating. And there’s something endearing about that, too.

Thunder Road began as a short film released in 2016. In 2018, the feature-length version (which was funded on Kickstarter) won awards at SXSW and festivals around the world. For his follow-up, Cummings got $2 million from the stories Orion Pictures to make The Wolf of Snow Hollow. He cast comedian Riki Lindhome as his police partner and Hollywood legend Robert Foster as his father (in one of the late actor’s final onscreen appearances), but kept the lead role for himself.

Still, Cummings claims that given the opportunity, he’d be more than happy to replace himself with a bigger name.

“I just never had any access to better actors,” he says. “If Jake Gyllenhaal comes knocking on my door tomorrow, or Sam Rockwell or Shai Lebouf, that would be a different story. I wouldn't have to do it anymore.”

WHAT’S NEXT — Fans will get at least one more movie where Cummings serves as writer, director, and star. The Beta Test was filmed in November and December 2019 and it’s expected to premiere in 2021. Like The Wolf of Snow Hollow, it’s a horror-comedy, but Cummings doesn’t play a cop in this one. Instead, he’s a Hollywood agent in a dramatized version of the recent legal battle between talent agencies and the Writer’s Guild of America.

That may sound weirdly meta, but Cummings promises another emotional rollercoaster with an unstable main character.

“It's about a guy who’s a cheater and a liar and also a talent agent,” he says. “I’m not a cop in this one, but it is a horror movie and it’s also very funny. It's another pressure cooker where you’re watching somebody have a nervous breakdown.”

Cummings might be trading his police uniform for a blazer in The Beta Test, but his inspiration remains the same: watching people freakout online.

Ultimately, it all comes back to Reddit and, specifically, Public Freakout, a depository for everything from uncomfortable Trump clips to joyous dance videos but best known for capturing pedestrianism at its worst. The subreddit is full of videos of people yelling at fast-food workers and random strangers. More recently, it’s become a home for clips of indignant assholes who refuse to wear masks in public spaces.

For Cummings, the allure of Public Freakout is that you’re getting a window into what’s probably the most dramatic moment in someone’s life. These videos aren’t an accurate reflection of the real world, but they do make for great entertainment.

“It's like watching a Safdie Brothers movie on a cell phone,” he says. “Most of the time, we just see people coasting along, but it's interesting to watch somebody go through hell and see what comes out of it. It's like the Large Hadron Collider. These molecules being shot at each other so you can see what it looks like when they explode.”

Aside from watching people embarrass themselves in public, Reddit has also taught him a lot about human nature. Content on the website is organized democratically through “upvotes” and “downvotes,” and watching this process play out day after day has given Cummings insight into what the internet likes.

“It's really helpful as a writer to be able to see what the brink of human conversation is," Cummings says. “I find that to be really interesting.”

“A lot of that website has really sculpted my thinking about society, in good ways and bad,” Cummings says. “What's the joke about Reddit? If you stare too long in the void, you become part of the void.”