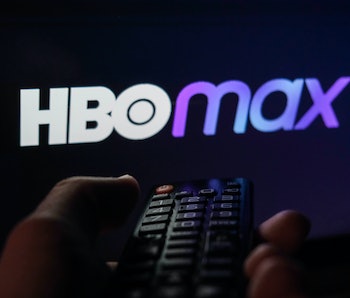 We literally have no idea what is going to happen to HBO Max. In the aftermath of the Warner-Discovery merger, executives from Discovery have taken the reigns and seem to be stripping the popular streaming service for parts after trashing an almost-finished Batgirl movie, canceling various HBO Max shows, and removing original films from the platform for no clear reason.

It seems increasingly possible that HBO Max will no longer exist a few months from now — or even a few weeks. So with that in mind, here are 53 of the best science fiction, fantasy, and superhero shows, movies, and franchises worth watching (or re-watching) while you know where to find them.

We don’t have to sell you on these. You’ve probably seen them before, and you’ll no doubt watch them again. So why not take another trip to Hogwarts while you know where to find it?

It doesn’t get much better than this. The more recent Jurassic movies haven’t quite measured up, but the originals only get better with age.

At launch, one of HBO Max’s biggest selling points was unprecedented streaming access to the Studio Ghibli library (Spirited Away, My Neighbor Totoro, etc). Enjoy them while you can.

50. The Lord of the Rings movies

You can never go wrong rewatching Peter Jackson’s celebrated adaptation of the J.R.R. Tolkein trilogy — especially with a prequel series coming to Amazon Prime next month.

We don’t necessarily recommend watching any of them beyond the first one, but the momentum of 1999’s The Matrix is still powerful enough to propel you through a series of increasingly less impressive sequels.

Right before there was X-Men, DC had Doom Patrol, a family of superpowered misfits who hole up in a mansion owned by a wealthy, wheelchair-bound benefactor. When DC Universe launched in 2019, it premiered the live-action Doom Patrol television series. Like Umbrella Academy but even more cerebral and self-referential, Doom Patrol is the kind of impossible comic book show no fan could have ever imagined – and is better than anyone could guess.

Christopher Nolan’s take on Batman remains the gold standard to this day, with The Dark Knight as the standout of the bunch thanks to Heath Ledger’s iconic Joker performance and an air-tight story.

With one word, Shazam! Brought youthful vigor to the DC cinematic universe. While director David F. Sandberg is mostly known for horror movies, his delightful, Amblin-esque take on the hero formerly known as Captain Marvel shows that what’s old can always be new again.

We know superhero movies gross billions of dollars, but 2018’s Aquaman from James Wan is what a superhero movie might look like when it’s made with all that money. From drumming octopuses to Pitbull covering Toto, Aquaman takes the zaniness of the Mummy movies and dresses it in the armor of DC’s maximalist universe to create something epic and fun in all the right ways.

The beautiful thing about Batman movies is that no matter what superhero movies evolve into, a new Batman movie comes along to reset the status quo. Matt Reeves’ grungy take on the Dark Knight – starring a nigh unrecognizable Robert Pattinson – successfully reinvigorated Batman, and proving audiences don’t really care what universe they’re in so long as the Caped Crusader can still kick ass.

While its disconnection from the Arrowverse disappointed DC fans, Superman & Lois is nonetheless one of the best adaptations of Superman in the modern era. Tyler Hoechlin shines as a wholesome, humble Man of Steel learning how to raise two teenage sons with his eternal love, retired reporter Lois Lane (Bitsie Tulloch). Inspired by Peter Tomasi and Patrick Gleason’s Superman comics from DC’s Rebirth era, Superman & Lois truly takes to the skies.

Debuting in the year 2000, Static Shock introduced to mainstream audiences to Static, a Black teenage superhero created by Milestone Comics and published by DC. Over two decdes later, the animated series more than holds up, with Episode 8 (“Sons of the Fathers”) standing out for its thoughtful take on racism.

Arguably the best DC Comics show airing today (although the competition isn’t as fierce as it used to be), Harley Quinn is a hilarious send-up of the superhero genre that also treats it source material with love and care.

James Gunn’s Suicide Squad spinoff hones on in John Cena’s rightous anti-hero. If that series of nouns gets you excited, Peacemaker won’t disappoint.

Officially titled Zack Snyder’s Justice League, this bizarre chapter in the DC Extended Universe is worth watching simply to experience what happens when Zack Snyder is completely unleashed.

HBO’s breakout sci-fi hit may make you question your own reality. After a phenomenal first season, the show has been hit-or-miss — but we hear Season 4 is actually pretty good!

Probably the most popular thing HBO has ever made. Game of Thrones isn’t going anywhere (a prequel series is imminent) but if you’ve been considering a rewatch, now’s your chance.

This short-lived series blurred the lines of genre and format to tell a fascinating story about racism and monsters in America.

Possibly the Duplass Brothers' most bizarre invention ever, Room 104 is an anthology where every episode takes place in the same motel room but the stories differ wildly from aliens to musicals to cannibalism.

The best animation on HBO Max

This wacky kid’s cartoon about a boy and his magic pet dog expanded over almost 300 episodes to tell a cosmic, complex, and often emotional story of friendship and love in the post-apocalypse.

Controversy and annoying fans aside, Rick and Morty is an undeniably great piece of science fiction. It tackles complex ideas like the multiverse withmore pathos than almost anyone else thanks to the unexpectedly powerful combination of Dan Harmon and Justin Roiland.

Adult Swim’s bizarre send-up of classic action-adventure serials has a deep and passionate fanbase. It’s not the kind of show you can jump into for a random episode, but The Venture Bros rewards viewers who take their time to experience everything it has to offer.

One of Adult Swim’s earliest wins, Aqua Teen Hunger Force is a pristine relic from another era that remarkably still holds up.

21. Over the Garden Wall

There’s a reason legions of fans rewatch this 10-episode miniseries every Halloween. It’s one of the most creative, charming, and beautiful pieces of animation ever made.

From the man who brought you Dexter’s Lab, Samurai Jack, and The Powerpuff Girls, this may be the purest distillation of Genndy Tatakosvky’s unique animation style to date. Told without words, Primal is the story of a violent caveman and his pet T-rex, and it features all the beautifully animated gore you’d expect from Tatakosvky at the top of his game.

This 2021 anime epic just debuted on HBO Max and spins a modern retelling of Beauty and the Beast for the social media influencer era.

Created by Rebecca Sugar, Steven Universe became one of the most popular shows on Cartoon Network thanks to its catchy music, lovable characters, and complex-but-rewarding lore.

Brad Bird’s animated epic about a boy who finds a giant robot from space in the 1950s showcases the accomplished director (Incredibles, Ratatouille, Mission Impossible: Ghost Protocol) at the top of his form.

Go back to where it all started. The 1973 film is a bit more cut-and-dry than the HBO series it inspired, but it’s still a fun watch about robot cowboys murdering people in a futuristic theme park.

Capping off Edgar Wright’s Cornetto Trilogy, The World’s End is arguably the most grounded film of the bunch, telling the story of a group of high school friends who reunite years later for one more night of adolescent drinking — until their evening is derailed by alien invades.

Denis Villeneuve’s sci-fi epic provided arguably the most accurate portrayal yet of the beloved Frank Herbert novel. That’s partially because he split the story in two, meaning you can expect a cliffhanger ending if you choose to watch Dune.

George Miller’s unexpected post-apocalypse reboot had no right to be this good. Released 30 years after the original Mel Gibson trilogy, Fury Road redefined the franchise and raised the bar for action movies in general.

Not quite “science-fiction” but undeniably a space thriller, Alfonso Cuaron’s Gravity follows one astronaut’s (Sandra Bullock) harrowing journey to survive after everything goes wrong.

The doctor will see you now. Rumor has it the series could be jumping ship to Disney+, but in the meantime, HBO Max is still the best place to watch the long-running sci-fi series here in the United States.

Hugh Jackman trains boxing robots in this surprisingly heartful sci-fi drama — and rumor has it we may be getting a sequel one of these days.

Will Smith’s take on the Isaac Asimov classic is imperfect, but it’s still a fun time.

Sam Rockwell talks to his AI companion while isolated on the Moon in one of the most underappreciated sci-fi movies of the century.

The movie that solidified Michael Bay as a genre unto itself.

No, not the terrible 2012 remake. The Arnold Schwarzenneger original from Paul Verhoven is still one of the smartest sci-fi movies ever made. More than 30 years later, it’s practical effects but Marvel CGI to shame.

Though wildly different, both Blade Runner movies are worth watching. (Just make sure you pick the director’s cut of the Ridley Scott original.)

Speaking of which, Ridley Scott actually directed a couple episodes of this HBO Max sci-fi original about a pair of (possibly) murderous robots raising a human child on a distant planet.

Stanley Kubrick’s space odyssey must be seen to be believed — and even then, you still might not understand what you just watched.

Martial arts legend Bruce Lee never lived out his dream of playing a kung fu hero in the American West. Warrior is that dream come true, whilst cementing its own legacy as one of TV’s finest pulp action-dramas today. With lead Andrew Koji’s star rising in movies like Bullet Train, now is the time to check out how Koji got his kicks through Warrior.