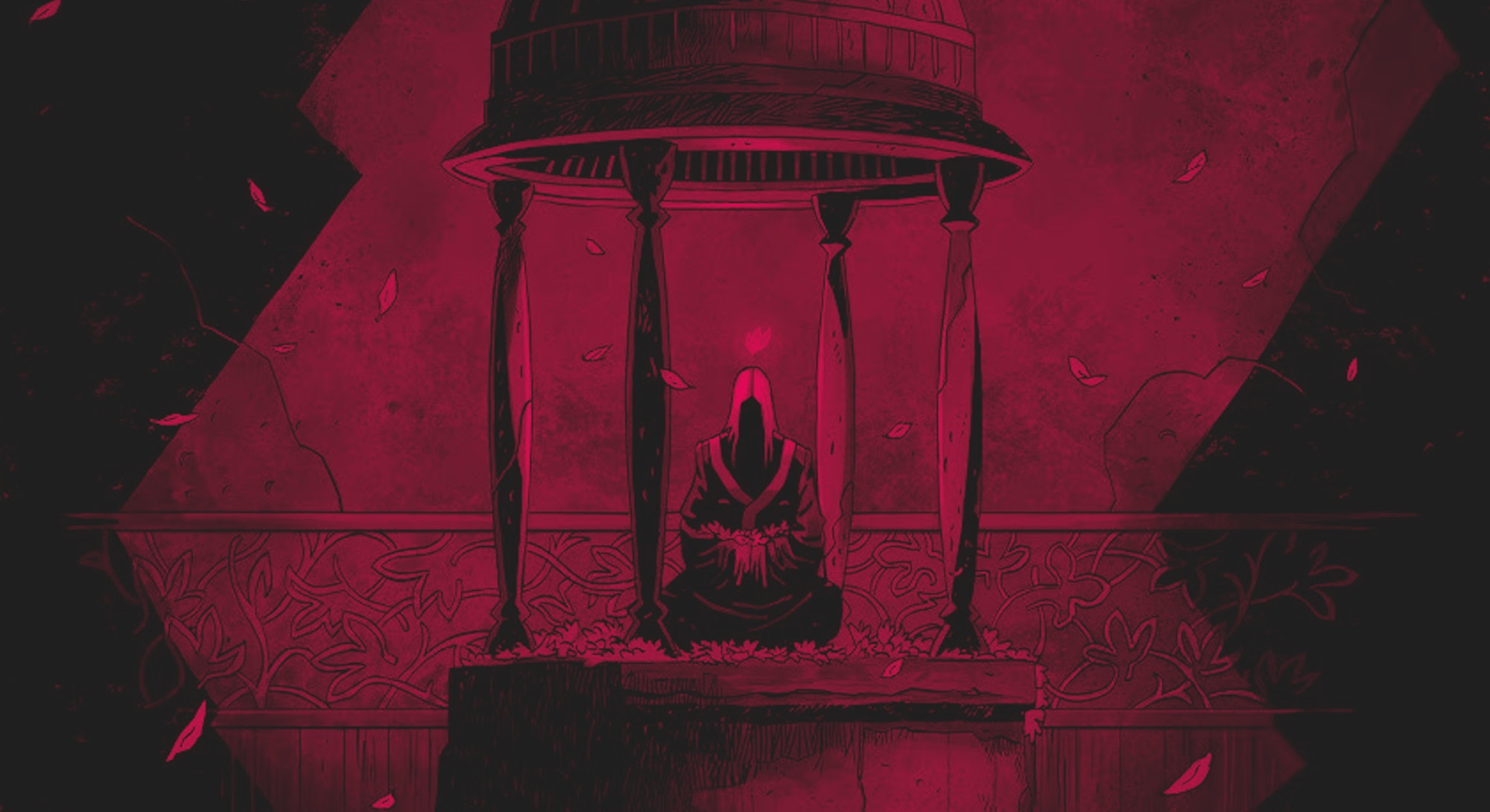 The last time Hellboy fans saw Frankenstein’s monster, he was leading a group of survivors down into the bowels of the Earth while an apocalypse wiped out the rest of humanity.

Now, the beast is back in Frankenstein: New World from Hellboy creator Mike Mignola, his longtime collaborator and bestselling novelist Christopher Golden, and acclaimed comic book veteran Thomas Sniegoski. (Yes, Frankenstein exists in the Hellboy universe, and if you think that’s weird, just wait until you find out the world he’s about to find on Earth’s surface.)

“When we burned down the world and then started it again with frog people, I really did think that would be all we’d see of it,” says Mignola in a press release. “And in that same issue, that little glimpse of the Frankenstein monster in the center of the earth, that’s the last I thought we’d see of him.”

But three years after B.P.R.D.: The Devil You Know ended in a fiery finale, Mignola and his team are returning with an idea too awesome to ignore.

“When Chris and Tom came to me with the idea of having Frankenstein’s adventures in Frog World, I think it took me about ten seconds to say yes,” Mignola continues. “And then two minutes later I think we were on the phone talking about all the possibilities. I just don’t seem to be able to put a lid on this thing — which I guess is a good thing.”

The plotline finds Frankenstein returning to the surface after an extended stay in the hollow Earth. In the center of the Earth, safely enduring her existence in a sanctuary for humanity following the cataclysmic events of Ragna Rok, young Lilja is stirred by dark visions of a new evil germinating in the world above. Defying her elders’ orders, Lilja decides to awaken the timeless oracle once called Frankenstein to investigate the dire warning and further explore the weird new surface civilization.

“The world above has been reborn as a kind of Garden of Eden.”

This story may take place in a post-human civilization run by frogs, but don’t expect Mad Max with demons and monsters.

“Strangely, I don’t think of this as a post-apocalypse story at all,” Golden tells Inverse. “It’s all in the subtitle: New World. Humanity had their shot and blew it, and now the world has been remade. It’s wild and untainted, with flora and fauna we could not have imagined. When Frankenstein and this young girl, Lilja, go out to explore this beautiful but dangerous new world, they also need to make sure they don’t bring the taint of the old world with them.”

Co-writer Thomas Sniegoski believes that even though Frankenstein: New World takes place after an apocalypse, there's a certain hopefulness in the storytelling.

“The world above has been reborn as a kind of Garden of Eden, and Frankenstein must try and prevent an evil from spreading across this new, untainted world,” he tells Inverse. “It's not at all as bleak as most post-apocalyptic stories usually are. This one has a little bit of everything‚ action, adventure, humor, and (of course) monsters. What would a story set in the Mignolaverse be without monsters?”

Frankenstein: New World #1 will be published by Dark Horse Comics on August 3, 2022.