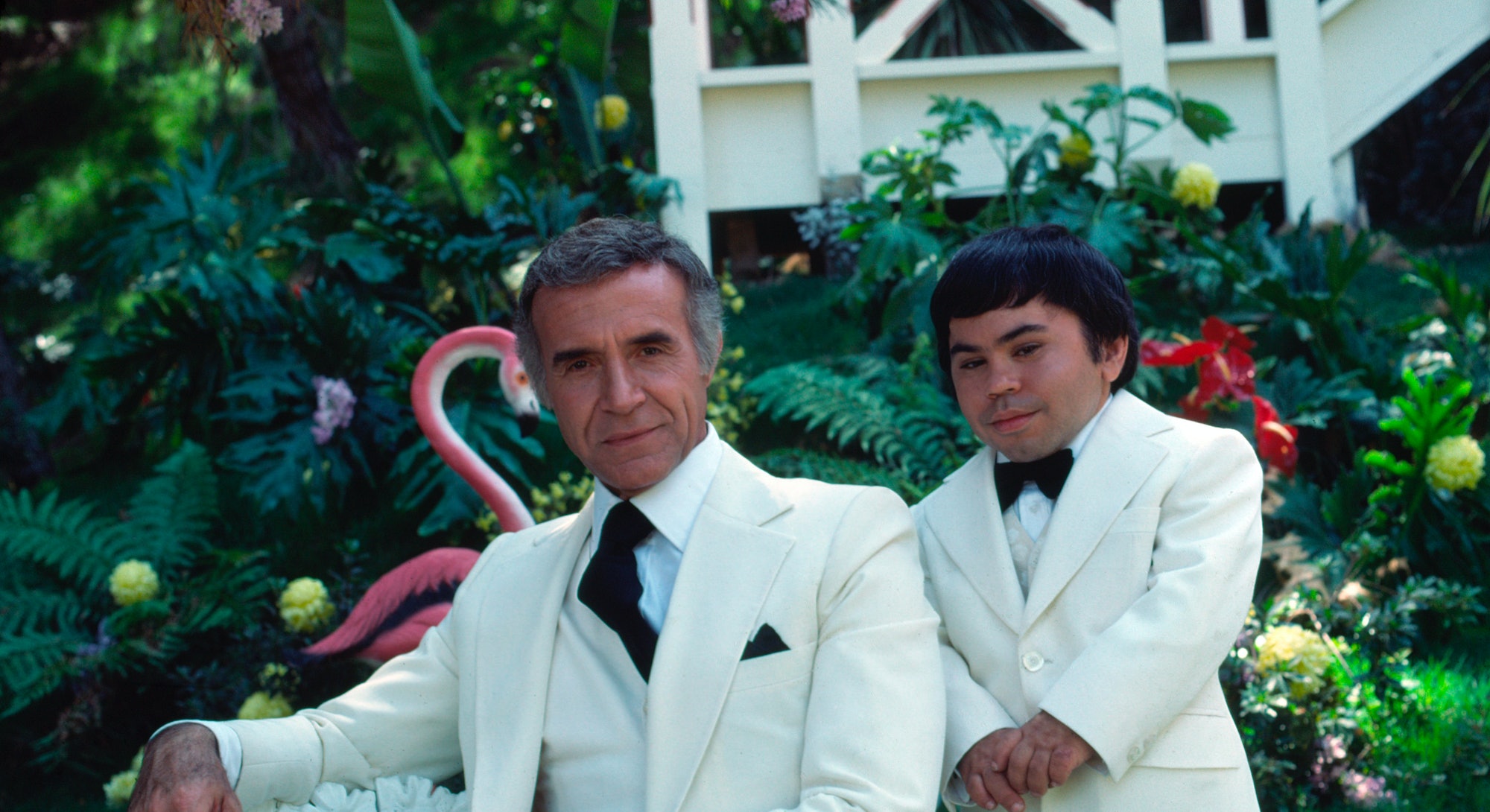 Loosely based on the late ‘70s gem, the new 2020 Blumhouse horror movie out February 14 builds upon some of the show’s more unnerving elements. But will it come at the expense of the weird charm that made it so memorable in the first place?

Fantasy Island belongs to a fascinating subspecies of television, along with The Love Boat and Murder, She Wrote, best described as “semi-anthologized” – the main characters stayed the same, but the main appeal is the revolving door of guest stars and one-off characters. In this case, the mysterious Mr. Roarke and his sidekick Tattoo appeared in the beginning and once or twice within the episode, and that’s about it.

This is a form that could only happen in the 1977-1984 timespan Fantasy Island aired on ABC. The Old Hollywood crowd were just on the span of retiring, but still able to pop in to indulge in a breezy day of glamour: Ray Bolger of Wizard of Oz fame and Joan Blondell appeared in their own storylines. Those who came up in the ‘50s and ‘60s, like Don Knotts, Cyd Charisse, and Janet Leigh got their own day-player spots. More contemporary, Tiger Beat-friendly faces appeared too: the elder female Bradys guested more than once, and David Cassidy was always game to play a songwriter or a singer or a singer/songwriter.

The episodes followed a strict formula. Shot of a plane overhead, followed by a shot of Tattoo ringing a bell and saying “The plane! The plane!” Mr. Roarke tells everyone to smile, then tells Tattoo about the guests as they disembark and sip tropical drinks from coconuts. He toasts, cut to commercial. There are two storylines per episode, two separate guests. They do not interact. In fact, the scripts are written by separate writers and are more or less interchangeable.

So if the show was so predictable, why was it a hit? Well, just as there are two storylines per episode, there are two types of storylines: Move That Bus and The Monkey’s Paw. In the Move That Bus, ordinary people manage to scrape together the requisite $50,000 to relive a romance, meet a long-lost relative, or something equally wholesome. The viewer gets the vicarious joy from the wish-fulfillment, like watching Extreme Makeover: Home Edition reruns.

The Monkey’s Paw feeds off a more primal kind of joy: schadenfreude. A rich person pays $50,000 to see what life would be like as Scarlett O’Hara and ends up captured by Union Soldiers. Another wishes to be the coach of a professional sports team and ends up saddled to a women’s roller derby team. Things backfire, and the person learns a lesson from it, sometimes after experiencing grave – but never fatal – danger.

The only thing keeping Fantasy Island from being Saw is the mercy of the resort’s host, the mysterious Mr. Roarke. He doesn’t want to kill his clients, he just wants them to learn a lesson. He’s the epitome of horror movie villain: all-seeing, all-knowing, formulates unexpected situations, and we know nothing about him. He even has a henchman, Tattoo, whose only job is announcing planes and recognizing characters to establish they are rich and famous. Mr. Roarke plays God, often appearing as a disembodied voice through a system of loudspeakers. It’s his island, and everyone is at his mercy. Luckily, he’s very merciful.

The elements for a horror movie have always been there. The kindling for a perfect supervillain always lay in Mr. Roarke; it just needed the spark of malintent to make everything catch.

With the release of a horror movie adaptation, all the lessons, the danger, the vicariousness can be heightened to their most terrifying potential. Add this to the way a movie can actually flesh out characters and storylines, and you’ve got a hell of a lot of potential.

Judging from the trailer, some aspects of the 2020 movie don’t appear to be as thoughtfully adapted as they could be. The characters are brought to the island after winning a contest. To anyone familiar with the old show, it’s immediately obvious what this means: They aren’t really there to live out a fantasy of their own, but to be a pawn in someone else’s. Where’s the vicarious thrills and life lessons in that?

Also, there’s no Tattoo! No elderly actors catching up with old friends, none of the other half of the show. Those feel-good elements will just have to wait until Hallmark gets its hands on the IP.

The new foregrounding of supernatural elements is another curious choice. These things were part of the original show, but never dwelled upon as something that needed explanation. Instead, it was a given that Mr. Roarke was capable of anything, and he would only use these powers to the client’s benefit: time travel, reanimation, etc. The movie seems more concerned with unpacking the lore of its island, with cloning and possibly robotic Westworld-esque servants. (The comparison isn’t particularly new: Fantasy Island takes clear influences from the 1973 Westworld movie.)

Regardless, it’s still piqued my curiosity. Cross-genre adaptations are way more interesting than ones that stick slavishly to the source material. If millions flock to Broadway to see 90s movies staged as musicals, there’s no reason a cheesy, low-stakes Saturday night drama couldn’t make a damn fine horror movie.