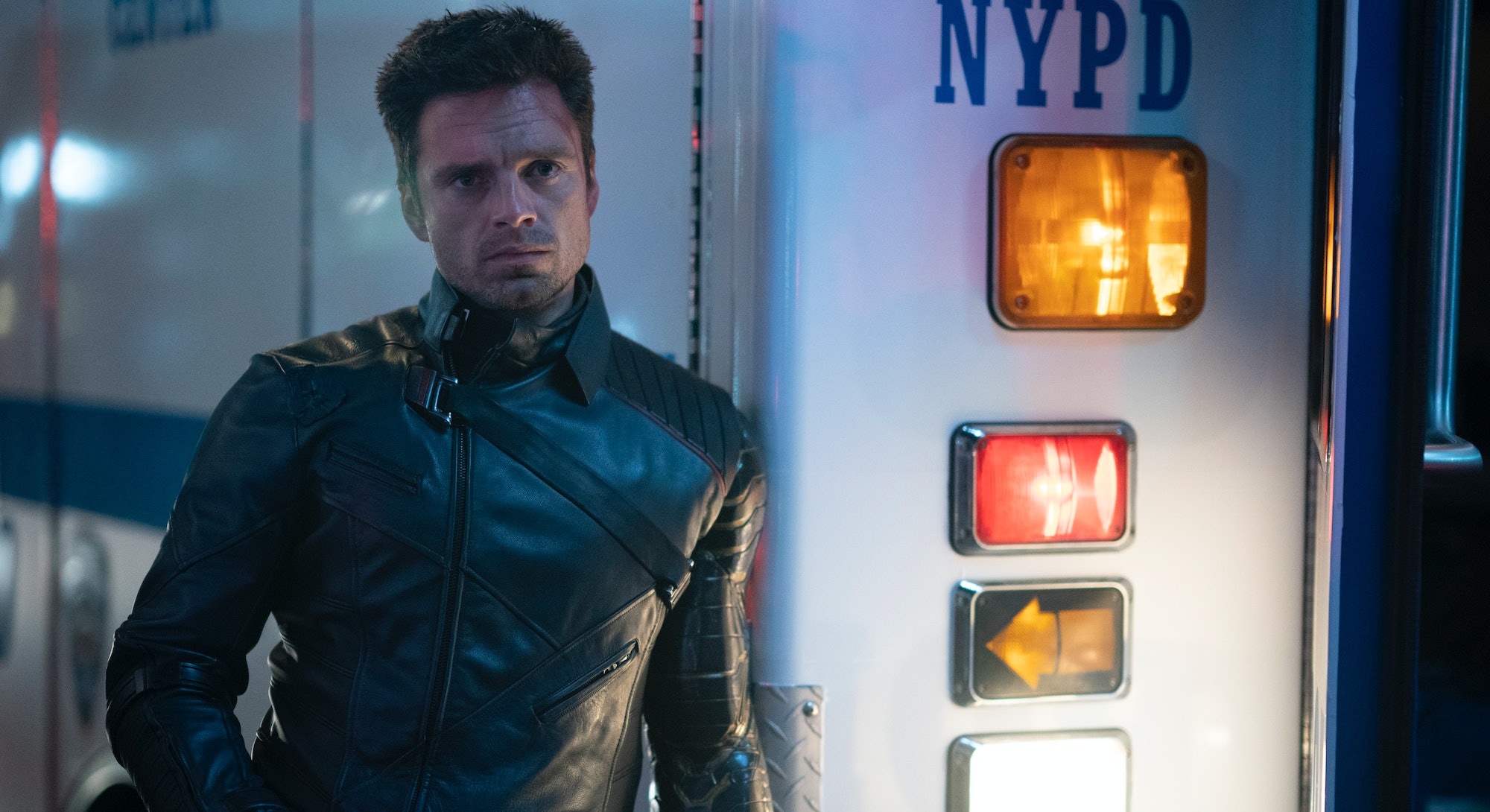 At the end of The Falcon and the Winter Soldier, Sam Wilson has taken up an identity that last belonged to his pal Steve Rogers, keeping a precious gift within a trusted circle. What’s more, a Black man is wearing the star-spangled mantle, vowing to “try something new” with the “complicated legacy” that is Captain America.

With smiling faces and good vibes, The Falcon and the Winter Soldier ends on a happy note. Even Isaiah Bradley accepts his part in the Marvel Cinematic Universe. But who actually walks away? Who dies? And who lives? Perhaps most importantly: Who ends up richer? The Flag-Smashers are defeated, sure. But consider for a moment if the Flag-Smashers were even “the bad guys” to begin with.

With a rumored pandemic storyline that was cut during rewrites, clumsy politics that leave the Flag-Smashers ill-defined, and an outcome that leaves certain characters dead and certain people alive — and questionably redeemed — The Falcon and the Winter Soldier has perhaps the darkest ending in the MCU since Avengers: Infinity War. What makes it especially painful is that the ending really is the complete story of America.

The story of Captain America

Throughout The Falcon and the Winter Soldier, Marvel has, if imperfectly, reckoned with the story of America. America is a mythology of symbols in which the people telling its story omit the truth when inconvenient and uncomfortable. Isaiah Bradley was one such inconvenient truth about Captain America, the personification for America itself.

Isaiah Bradley was left out of the mythology of Captain America while John Walker was handed the role by virtue of his abilities, service record, and — let’s say it out loud — his handsome Caucasian looks. We then learned Wyatt lacked the fiber to be Captain America. (In his new “U.S. Agent” identity, Walker is given a literal license to act in a way that’s more suited to his pragmatic methods and underlying jingoism bubbling beneath the surface.)

Steve Rogers didn’t like bullies, but Walker sure did bully his way through missions. (“Don’t you know who I am?!” he once barked in an episode.) There is no better proof of white privilege in the MCU than the crowning of John Walker as Captain America, his comparatively light punitive sentence when he failed, and his effortless segueing into an adjacent role.

John Walker’s turn, after his on-duty murder of a Flag-Smasher (more on them later) classified Walker as a villain, if not a functional antagonist for our heroes Sam and Bucky Barnes. Walker proved he’s not fit for the role of a superhero, let alone the role of Captain America. That only made his “redemption” moment more questionable in the season finale.

With a truck full of innocent people at risk, Walker sacrifices his revenge against Karli Morgenthau to save the individuals in harm’s way. It’s a selfless moment, sure, but it’s just one moment. It’s also a powerful demonstration of the MCU using typical superhero story beats to whitewash Walker of his very clearly defined poor moral character. In passing, Walker’s selflessness redeems him from his past action, but upon wearing the black suit of U.S. Agent, he seems more dangerous than ever.

Then there’s the Flag-Smashers, perhaps the weakest element in The Falcon and the Winter Soldier.

Yet another example of the MCU’s antagonists who would be heroes if not for their bloodlust, the Flag-Smashers also carried with them the aesthetics and evocation of antifa. Never mind that antifa and the Flag-Smashers have little in common outside a preference for black clothing, in Falcon and the Winter Solider they looked and behaved exactly like the kind of imaginary anarchists Fox News uses to scare racist geriatrics.

The Flag-Smashers never made sense to me, and I’m not alone — and there may be a reason for our collective confusion. There are prevalent fan theories, such as this one from YouTube channel New Rockstars, featuring compelling evidence about significant rewrites to the Flag-Smashers’ story. New Rockstars points out that the Flag-Smashers were originally involved with a pandemic or vaccine-related plot, which was cut from the final series for what should be obvious reasons. If true, then Falcon and Winter Soldier makes more sense in terms of its haphazardly duct-taped Flag-Smasher story, with the most critical elements seemingly replaced in post-production.

While the Flag-Smashers may have wanted to unleash a virus or create vaccines or something that we’ll never really know for sure, the end result is what officially gets to be MCU canon. And what’s canon is that the Flag-Smashers were an unhinged Robin Hood, wanting to provide food and shelter for the helpless with a violent opposition towards privileged people in power. The Flag-Smashers are a broad Sunday newspaper cartoon idea of leftist activists not afraid to throw a few punches. And now they’re dead, thanks to an imprisoned Zemo.

And who is profiting from the Flag-Smashers’ demise?

At the end of the series, Sharon Carter stands revealed as the powerful Power Broker. Who saw that coming?

In the show’s finale mid-credits scene, Sharon earns a pardon back into her “old position” (but wasn’t S.H.I.E.LD. dismantled?), which she immediately uses as an opportunity to sell federal secrets and military blueprints to the highest bidder. It’s a bleak outcome to the good guys winning. Unaware that their strongest ally is now the most powerful villain of the MCU, Sam and Bucky’s victory means Sharon Carter gets to amass power and wealth. To what ends she will use it for is unclear, but we know enough she’s not interested in saving cats off trees.

Symbols are everything in The Falcon and the Winter Soldier. While the series positions the name and title of “Captain America” as a metaphor for America itself (including how generations of Black lives were given in its creation), it also allows the Flag-Smashers and John Walker to take on additional meaning.

So it matters that the show leaves the Flag-Smashers dead, the obscenely dangerous John Walker alive and continuing to serve, and the traitorous Agent Carter in a position of extreme power. Falcon and Winter Soldier ends with the rise of a new hero, sure, but it ends with a trusted friend emerging as a shadowy figure with even more power than ever before.

The Falcon and the Winter Soldier is a superhero series in which the heroes win, but the good guys lose. It’s where good people who do bad things end up dead, and bad people who fail at doing good are allowed to walk free. It’s at least as bleak if not bleaker than wiping out a bunch of superheroes with magic rocks and then jumping forward five years to survey the damage. Though Sam has accepted Steve’s gift and Bucky has found peace, the status quo of the Marvel Cinematic Universe is more unstable than it’s ever been.