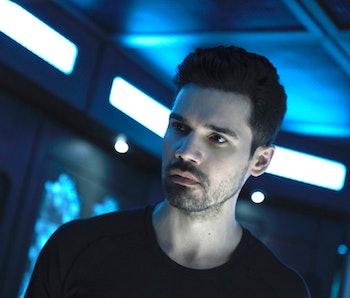 The crew of the Rocinante is back together, but the protomolecule is still very much on the move. After a tense Season 5 finale, The Expanse is poised to kick Season 6 into high gear and resolve multiple plot points, perhaps, once and for all.

With only one more season left, how will The Expanse tie everything from this nine-book novel series together? When can we expect to see the final batch of episodes, and who's coming along for the Roci's last ride?

Here's everything we know right now about The Expanse Season 6.

Spoilers for The Expanse Season 5 ahead.

When is The Expanse Season 6 release date?

There isn't an official release date for Season 6 of The Expanse, but it has already been greenlit by Amazon Studios. Since both Seasons 4 and 5 debuted in December, it feels like good money to assume that The Expanse Season 6 will arrive around the same time in 2021.

Is there a trailer for The Expanse Season 6?

Not yet! The series is probably already in production, so it's possible that teaser could drop sometime in the spring or summer.

What's the plot of The Expanse Season 6?

This is the tricky bit. Although Season 5 of The Expanse ended in a similar fashion to the fifth novel, Nemesis Games, that doesn't necessarily mean that Season 6 will be a one-for-one adaptation of the sixth book, Babylon's Ashes.

Shankar has also said that there will not be huge "30-year" time-jumps in Season 6, which seems to rule out anything that happens in books 7, 8, or 9. Those books take place decades after the events of the first six, which may partially explain why the creators choose Season 6 as a stopping point.

Which books will The Expanse Season 6 cover?

Again, it seems like the show will mostly cover the events of Babylon's Ashes, and that's it. That said, Nareen Shankar, Ty Franck, and Daniel Abraham could surprise us.

Who's in the cast for Expanse Season 6?

Most of the existing cast from The Expanse Season 5 will return for Season 6 with the notable exception of Cas Anvar as Alex Kamal. Alex dies in the Season 5 finale, which isn't something that happened in the books.

After the Season 5 finale aired, Shankar told EW that "Fred Johnson's death is really Alex's death." He also told Den of Geek that the conversation about killing off a major character has been going on for a long time, possibly before the allegations of sexual misconduct were raised against Anvar.

On one level, it looks like Alex was written out because of these allegations, but Shankar also said: "We started talking about losing a major character in the show very early on in Season 5... if everybody made it at the end, there was no cost… nothing’s going to happen to them; they’ll always get out of danger. And at a certain point, you start feeling like that doesn’t feel real."

Will there be an Expanse Season 7?

No! As of this writing there is no reason to expect The Expanse will expand beyond Season 6. So, if you want to know what happens in the rest of the saga, you'll have to read books 7, 8 and 9. Somewhat fittingly, book 9 — Leviathan Falls — will be published on October 26, 2021, probably a little bit before the final season airs.

The Expanse Season 5 is streaming now on Amazon Prime.