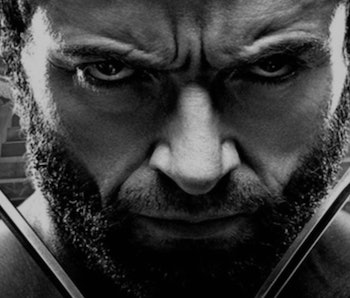 Eternals poses an interesting problem for the Marvel Cinematic Universe. Because its heroes are, well, eternal, Marvel needs to explain why they didn’t show up to help out earlier when Ultron tried to destroy the Earth or Thanos successfully wiped out half of the universe.

The trailer and official synopsis for Eternals manages to sidestep that question by describing the Eternals as benevolent aliens/gods who were careful to guide humanity’s evolution over thousands of years without interfering — until now. (Exactly what sort of threat could force them out of hiding when Thanos didn’t remains to be seen, but we’re guessing it's their perennial enemies the Deviants breaking some sort of truce.)

Either way, the careful table setting Marvel needed to pull off just to explain the Eternals' existence in the MCU reveals an even bigger hurdle facing the studio: the X-Men.

Marvel has two main options when it comes to the X-Men. The studio can either:

That second option seems a lot easier, but it’s actually almost impossible to pull off. For one thing, one of the most famous mutants in X-Men lore is directly tied to a specific historical event. Magneto is a holocaust survivor, and if Marvel tries to change that by introducing a young new version of the character it would undercut his entire personality. On top of that, rumor has it a Wolverine anthology series is already in the works for Disney+, which would start with a season set in 1980s MCU.

Marvel seemingly has no choice but to announce that mutants have secretly existed in the MCU for decades (or maybe even centuries). Thankfully, that sort of fits with the entire X-Men story. Mutants are an allegory for oppressed minorities, which means they spend a lot of time in hiding. So it’s understandable that if mutants did exist during the first three phases of the MCU, they would have stayed out of sight.

Still, it’s one thing to say that the X-Men were hiding out at Professor X’s mansion in upstate New York, and another to say they sat idly by while the Avengers dealt with multiple world-threatening events. Wouldn’t the X-Men show up to help out at the Battle of New York (practically in their backyard)? Wouldn’t Magneto step in when Ultron (literally a metal man) tried to drop an entire city on Eastern Europe? Wouldn’t Doctor Strange think to call in a few mutants when he was assembling every hero on Earth to fight Thanos in Endgame?

I don’t expect Marvel Studios to answer these questions anytime soon. But when mutants finally do come to the MCU — and it may be sooner than you think — the first thing fans will want to know is why they weren’t there to help out when the world needed them most.