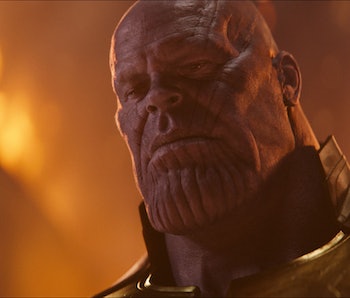 Marvel’s Eternals is only a few months away, and it’s shaping up to be one of the studio’s most unique films to date.

Directed by The Rider and Nomadland filmmaker Chloé Zhao, the millennia-spanning blockbuster epic has a larger scope than any standalone Marvel movie before it, following its heroes from the moment they first arrive on Earth all the way up to modern times, when they reunite to save the planet.

As revealed in the film’s final trailer, that reunion has much to do with the “emergence” of a dangerous species known as “Deviants,” who are wreaking havoc on Earth.

The Emergence of Deviants — Early on in the final Eternals trailer, Kit Harington’s Dane Whitman pointedly asks Gemma Chan’s Sersi why she and the other Eternals didn’t step in to help the Avengers in their fight against Thanos (Josh Brolin). “We were instructed not to interfere in any human conflicts unless Deviants were involved,” she says.

It’s a notable moment, one that answers the question Marvel fans had after the first Eternals trailer was released, confirming the group’s presence on Earth during the Infinity Saga. The line also confirms that Marvel secretly changed yet another part of Thanos’ origin story when it brought The Mad Titan to the big screen because, well, Thanos is a Deviant in the comics.

The Mad Titan’s Origins — Marvel’s big-screen Thanos deviates significantly from the original comics’ version of the character. Notably, the character’s motivation was totally different (and, in this writer’s opinion, better) on the page than it was in Avengers: Infinity War and Endgame. Thanks to Eternals, it also appears that the character’s genetic connection to the Deviants was left out of the films.

In the comics, the Deviants are ancient rivals of the Eternals. Both species were created by the Celestials; but, unlike the Eternals, the Deviants were born with a gene that destabilized their DNA and resulted in them exhibiting all kinds of mutations. While Thanos happens to be the son of two Eternals in the comics as well, he was born with the Deviant Syndrome, which was the cause of his purple skin and massive body.

The Inverse Analysis — The new Eternals trailer’s line about their vow of non-interference is by no means a massive reveal, nor does it tell us anything new about the film’s plot that we didn’t already know. Notably, where Thanos is concerned, this isn’t even the first time that Marvel has chosen to change a character’s comic-book origin story while bringing them to the MCU.

But it does prove one thing: all the fans out there who theorized that Marvel had erased Thanos’ link to the Deviants were right all along.

Eternals is set to hit theaters on November 5th.