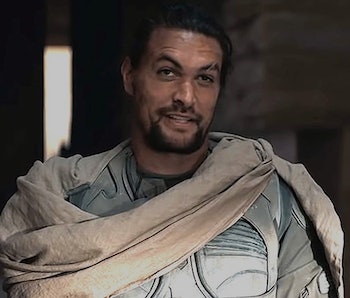 The Dune must flow.

After Dune (finally!) hits HBO Max and theaters on October 22, everyone will want to know one thing: What’s up with the sequel? And beyond that, just how long is this Dune series anyway?

After Dune: Part One, there will (hopefully) be a Dune: Part Two. And that’s not all; director Denis Villeneuve also hopes to make a trilogy of Dune movies. But there’s a twist: Villeneuve’s proposed trilogy would only adapt the first two Frank Herbert novels, of which there are six in total.

Here’s what to expect from Villeneuve’s planned trilogy, plus how a second Dune trilogy could happen without him.

Major spoilers for all the Dune novels ahead.

Villeneuve’s plan for a Dune trilogy

Dune: Part One will take viewers roughly halfway through the first novel by Frank Herbert. If you haven’t read the book or seen the movie, the most spoiler-free way to say this is: The film will end as Paul Atreides (Timothée Chalamet) takes his place among the Fremen people of Arrakis.

The plan for Dune: Part Two will be to adapt the rest of the first book, which would (likely) include the characters of Feyd (an evil Harkonnen counterpart of Paul), Princess Irulan (a woman who Paul eventually marries for political convenience), the Emperor Shaddam IV, and Paul’s baby sister Alia Atreides, basically a super-baby born with memories and knowledge beyond her years. Dune: Part Two will, in theory, complete the story told in the novel Dune, which also focuses on Paul and Chani’s (Zendaya) relationship and their ascendency to becoming the ultimate power couple throughout the galaxy.

So, that’s two movies: Dune: Part One, the movie out this year, and, if everything goes as planned, Dune: Part Two, which finishes the first book. The third film in this proposed trilogy adapts the second Frank Herbert Dune book: Dune Messiah.

In various interviews, Denis Villeneuve has repeated one sentiment many times: He wants to do a trilogy of Dune films that covers the events of Dune and Dune Messiah. “There is Dune’s second book, ‘The Messiah of Dune,’ which could make an extraordinary film,” Villeneuve said in August. “I always saw that there could be a trilogy.”

But why would you make a trilogy out of only two books? Well, Dune Messiah is considerably shorter than Dune. Excluding the appendices and the glossary in the back, the story of the first Dune is 794 pages. Dune: Part One will cover about 500 of those pages. So, Part Two will adapt roughly 300 pages of the first book.

However, Dune Messiah is only 336 pages total, which is probably why Villeneuve is confident he could adapt it with one film. Essentially, the story of what happens with Paul’s reign after the events of Dune is told in far fewer pages than the first novel. You could imagine that each installment of Villeneuve’s trilogy could consist of movies (Part Two and Messiah) that are all about the same length as Dune: Part One but maybe even shorter.

So, there you have it. Assuming the box office numbers combined with HBO Max streaming views result in Warner Bros. greenlighting a trilogy, Villeneuve’s Dune series will consist of: Dune: Part One, Dune: Part Two, and Dune Messiah.

Will there be a Dune sequel trilogy?

Because Villeneuve’s proposed trilogy only covers the first two books out of six novels written by Frank Herbert, the next question is obvious: Could there be even more Dune movies after the hypothetical Dune Messiah? (Because of all this material, you can see why some people say this should have been a TV series.)

If there is another series of Dune films after Dune Messiah, it seems those movies would go forward without Denis Villeneuve.

“It’s years of work; I can’t think of going further than that,” Villeneuve told IndieWire.

He has a point. And, if you haven’t read all the books, what you may not know is that by the time you get past Dune Messiah, you’re not dealing with any of the characters introduced in the first book/movie. The third book, Children of Dune, is unsurprisingly focused on Paul’s children, Leto II and Ghanima. By the fourth book, Leto II becomes the titular God Emperor of Dune — who, yes, is part human and part sandworm.

While Dune and Dune Messiah stay in a relatively close time period to each other, Children of Dune jumps ahead to the next generation, and by God Emperor of Dune, we’re 3,500 years into the future. These books aren’t like The Lord of the Rings trilogy, where each installment happens right after the other. With those kinds of time-jumps, you can see why Villeneuve would be nervous about committing to adapting the series beyond the second book.

But, let’s say someone (not Villeneuve) decided to do either a series of films (maybe a trilogy) or a streaming TV series that adapts Children of Dune and God Emperor of Dune. Even if that worked, you’ve still got Heretics of Dune and Chapterhouse: Dune. And, both of these books are set even further into the future.

Heretics is set 1,500 years after God Emperor and Chapterhouse after that. Thanks to serial cloning (called a Ghola), the only character that everyone likes who still exists this far in the future is Duncan Idaho. When you see Dune: Part One, this might be shocking. But yes, clones of Duncan exist in the later books, even the ones set in the super distant future.

Could Jason Momoa play the various cloned versions of Duncan, spread out over six — maybe seven — films, spanning thousands of years of sci-fi history? Of course, the answer is: Nobody knows. But, if there’s one reason for audiences to keep returning to this series, whether it stays a series of films or not, coming to see Jason Momoa over and over again is not the worst motivation.

In Foundation, AppleTV+ has figured out how to make Lee Pace’s cloned Emperor Cleon into connective tissue for a similarly ambitious sci-fi timeline. So, if we do get Dune beyond the planned trilogy, the person who holds it all together might not eventually be Denis Villeneuve but perhaps Jason Momoa.

Dune: Part One opens in theaters and on HBO Max on October 22.

More like this
Entertainment
8 hours ago
Everything we know about Dune: Part Two
By Gabrielle Bondi and Ryan Britt
Entertainment
6.29.2022 10:30 AM
25 years ago, Nic Cage made his most explosive sci-fi movie ever — it was almost even better
By Jake Kleinman
Science
6.20.2022 2:00 PM
The darkest sci-fi movie on Amazon Prime reveals a controversial robotics debate
By Tara Yarlagadda
Related Tags
Share: