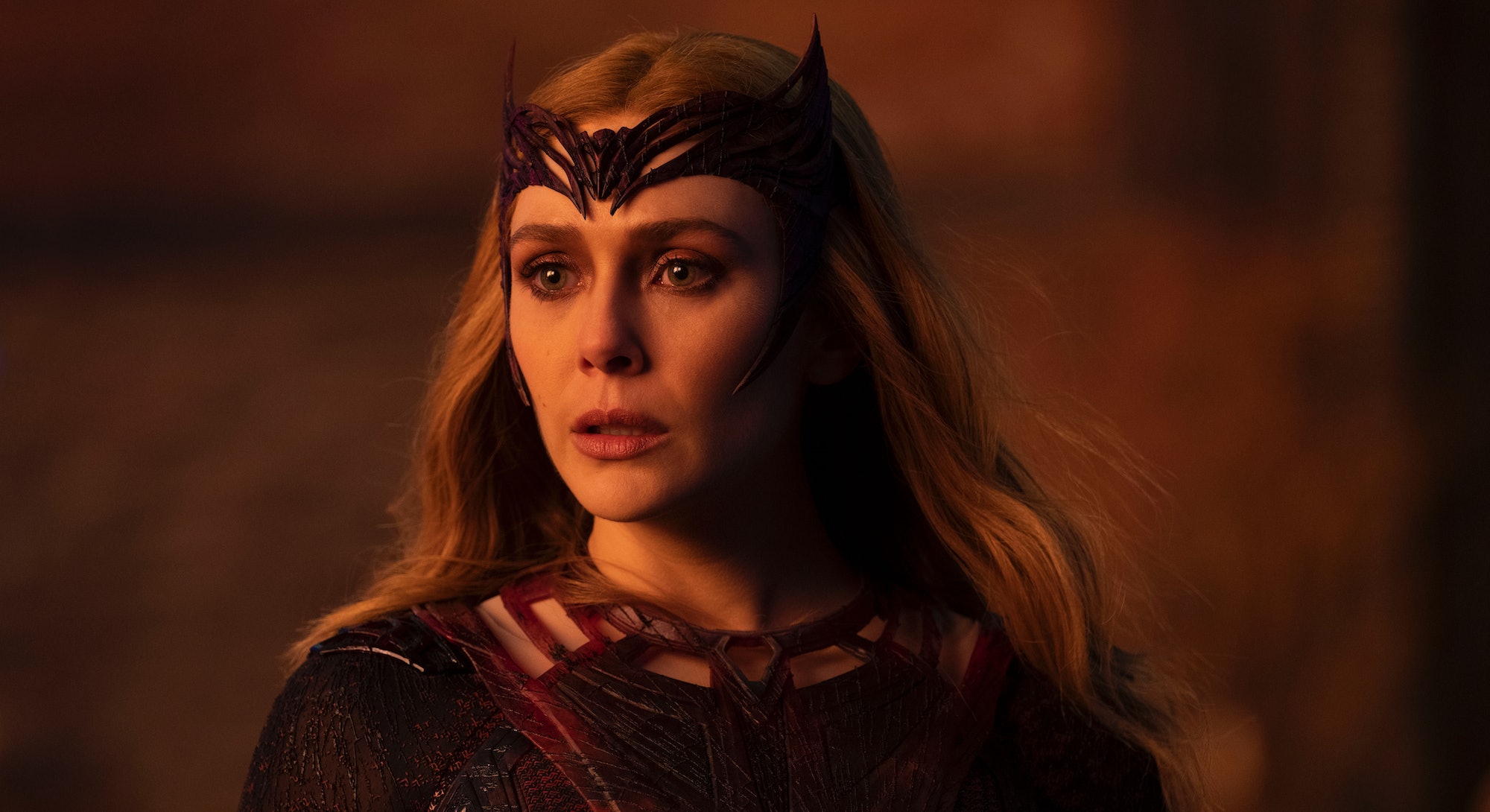 It was the descent to madness no one saw coming in the Marvel Cinematic Universe.

In Doctor Strange in the Multiverse of Madness, director Sam Raimi delivers the fall of ex-Avenger Wanda (Elizabeth Olsen) who turns to the dark side when Doctor Strange (Benedict Cumberbatch) denies her access to the multiverse. Strange spends the movie protecting a teenager, America Chavez (Xochitl Gomez), who has the ability to travel the multiverse and who Wanda hopes to use for her personal gain. Major spoilers ahead.

All Wanda wants is to reunite her children. The problem: She wants to kidnap doubles of them who live in another universe.

As far as Marvel movies go, Wanda has quite the dramatic motivation for a villain in a superhero movie. Her desire to reunite with her “children” is rooted in base feelings like selfishness, grief, and jealousy. For screenwriter Michael Waldron, Wanda’s “heel turn” — a term originating from the carny speak of pro wrestling when heroes of the ring turn sour — was the continuation of a story told last year in the acclaimed Disney+ series WandaVision.

“She leg drops Stephen Strange,” Waldron says to Inverse, a winking referencing to the heel turn of Hulk Hogan back in WCW. (For context: In 1996, the ‘80s wrestling icon became the sellout of the ‘90s when he executed his signature move on his former friend, Randy Savage.)

Waldron has expertise in the realm of wrestling. In addition to writing for the MCU, including both Doctor Strange and the Disney+ series Loki, Waldron also created and produced the cable series Heels, a family drama set in a small town wrestling federation. The show is currently renewed for a second season on Starz.

While Waldron isn’t involved with Heels these days, that doesn’t stop him from comparing Wanda to one of the greatest fallen heroes of all time.

“Hogan, his heel turn was rooted in hubris and ego. Whereas Wanda, I think, it’s rooted in her story in WandaVision,” explains Waldron. “She is somebody who’s lost everything.”

Waldron further adds the Darkhold, the evil book containing a catalog of forbidden magic spells, is what corrupted Wanda.

“At the end of [WandaVision], she’s given the Darkhold, the book of the damned, and the knowledge that she’s this incredibly powerful being, the Scarlet Witch,” he says. “I think the biggest mistake Wanda makes is that she opens the Darkhold. She starts to look in there. That book gets its hooks into her and it weaponizes her anger.”

Dangers of the Multiverse

Doctor Strange in the Multiverse of Madness is the MCU’s first real step into the multiverse, after teasing its creation in Loki. The full picture of Marvel’s grand multiverse plan has yet to be revealed, but for now, Waldron says the multiverse is a terrifying thing to comprehend, let alone control.

“It explores how bad things can go in the multiverse,” Waldron says about the new movie. “The multiverse is dangerous. And somebody, if properly motivated, can go to great lengths to acquire the ability to travel the multiverse. Multiversal travel itself is incredibly value.”

Proof of the multiverse exists in dreams. The film points out that dreams are windows into another life elsewhere in the multiverse. It’s a major wrinkle to a canon that is now more than 20 movies deep. With even more on the way, Waldron says this concept wasn’t a hard one to get through to Marvel. In fact, Marvel had been toying with it before.

“That was something Marvel was excited about, and something they had even as I came on and they'd been discussing,” he says. “Now it's just another cool part of the fabric of the world of the MCU. It's a weird world to live in.”

“The Illuminati is there to do the things the Avengers can't.”

Waldron wasn’t the first writer Marvel enlisted to write Multiverse of Madness. After original director Scott Derrickson departed the project, the film was rewritten almost from the ground up by Waldron, who tailored the film to Sam Raimi’s unique touches as an artist.

“I rewatched most, if not all of Sam’s films to have a real ear for his dialogue and the way he likes to tell stories,” Waldron explains, “which are all character-based and kind of heightened in a cool way. Obviously, he loves great spooky scenes because that gives him an opportunity to move the camera in exciting ways.”

Waldron says the film’s zombified Doctor Strange — written as “Dead Strange” in the script — was intentionally written to appeal to Raimi.

“That ‘zombie’ Strange, I was thrilled to present that to Sam because I felt like it was so in his wheelhouse,” Waldron says.

Secrets of the Illuminati

One of the biggest surprises in Multiverse of Madness is the introduction of the Illuminati.

Borrowed from the comics, the Illuminati are introduced in the MCU as an alternate world’s Avengers who inhabit Earth-838. It’s a reality where the Avengers as we know them never assembled, allowing the likes of Charles Xavier (Patrick Stewart), Reed Richards (John Krasinski), Captain Marvel (Lashana Lynch), Captain Carter (Hayley Atwell), and others to work together in secret.

Waldron says the Illuminati was the “dream lineup,” though he’s also mentioned wanting an Iron Man played by Tom Cruise. (The A-list star had circled the role throughout the 1990s, and for a time was rumored to have a cameo in Multiverse of Madness.)

“You can't believe we got who we got,” Waldron says, “The most important thing was that they made sense in the context of, Is this the Illuminati that the Doctor Strange of that universe would assemble? We worked around actor availability. There’s amazing filmmaking tricks you can do to make it look like all these guys are together and make it work.”

What fundamentally separates the Avengers from the Illuminati is, according to Waldron, an abstract willingness to accomplish goals by any means necessary.

“The Avengers have a line they wouldn't cross,” he says. “The Illuminati is there to do the things the Avengers can't. To make the hard decisions. That's why they operate in the shadows and hope they never have to meet. They’re willing to play in the gray.”

The MCU has seen many fallen heroes before. But after seeing how monstrous she’s become herself, Wanda sacrifices herself at the end of Multiverse of Madness.

Unlike comic books, which have a complicated history of superheroes dying and then returning to life, Waldron says Marvel is sticking to its guns for now. As far as Multiverse of Madness is considered, Wanda is indeed dead. That doesn’t mean another Wanda from another universe can’t take her place, though.

Says Waldron, “It remains to be seen. There's a big mountain that dropped on her. I think this particular chapter is closed. If there's more to come, it'll be pretty exciting.”