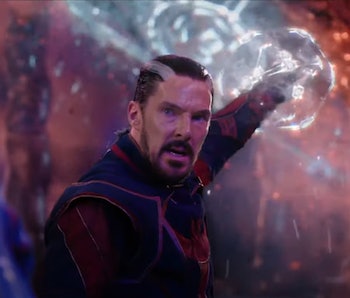 Do you remember the first time you saw a Marvel post-credits scene in theaters? If you’ve been following the MCU for a while, maybe you were even introduced to the concept in Iron Man. Just when you start stretching and picking up your popcorn bucket, you notice other people are still sitting down, not making their way towards the bright light of the lobby. Naturally, you stick around to see what’s worth the wait, and then there he is: Nick Fury himself.

Back in the early days of the Marvel Cinematic Universe, post-credits scenes came out of nowhere, like a slap to the face. What’s that at the end of Iron Man 2? Whoa, it’s Thor’s hammer. Remember our first glimpse of Thanos after The Avengers, and the confusion it caused? The post-credits scene was a time for shock and awe, and just when the audience was getting used to it by Spider-Man: Homecoming, there was another rug pull with an “anti-post-credits-scene” courtesy of Captain America.

But post-credits scenes have since become more hit or miss. There was the weird Howard the Duck cameo in the Guardians of the Galaxy post-credits scene, and a number of reveals that just weren’t surprising. Anyone who knows Hope Van Dyne knows she’s the Wasp, so the audience’s reaction to seeing her suit was similar to hers: “It’s about damn time.”

We knew Avengers: Endgame was going to be a huge team-up opportunity, so spending not one but two different post-credits scenes on that surprise seemed redundant. Now, in Phase 4, we have multiple reoccurring post-credits scenes: One involving someone in a prominent role secretly being a Skrull, and another with Valentina Allegra de Fontaine trying to recruit someone.

Then Doctor Strange in the Multiverse of Madness reset our expectations again. Charlize Theron as Clea was a surprise to everyone, especially since she wasn’t given the slow build up of other scenes. The reveal was a smack in the face, just like post-credits scenes are supposed to be. No foreshadowing, no leaks, no casting announcements, just pure surprise.

Not every post-credit scene has to be such an event. Hawkeye, for instance, just had a musical number, and it worked in the context of the show. But for flagship movies like Dr. Strange 2, the post-credits scene should be as shocking and surprising as possible, not just an afterthought. Sam Raimi understood that.

Doctor Strange in the Multiverse of Madness is now streaming on Disney+.