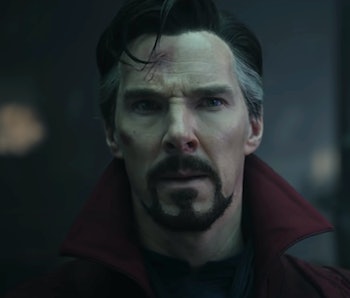 For months now, the internet has been flooded with rumors about characters and actors who may appear in Doctor Strange in the Multiverse of Madness. Mostly, it’s been easy to tell which of these rumors may have some validity to them, and which don’t. However, there are a few ongoing Multiverse of Madness rumors that alternate between seeming far-fetched and legitimate.

One of the biggest rumors claims that the film will bring a major comic book hero into the Marvel Cinematic Universe for the first time. Marvel fans have gone back and forth between believing the rumor and scoffing at it, but one new leak suggests it may actually be true.

The Leak — Marvel insider @ViewerAnon recently tweeted that they believe John Krasinski will appear as Reed Richards, a.k.a. Mister Fantastic, in Doctor Strange in the Multiverse of Madness. The tweet came as a follow-up to one they’d made back in January claiming that the character would be in the Doctor Strange sequel, but not played by Krasinski.

According to the leaker, they’ve since “talked to a few people” with connections to Marvel Studios that “are pretty sure” Krasinski has a surprise role in the film as the leader of the Fantastic Four.

As is always the case with MCU leaks, make sure to take these claims with one big grain of salt. There are a number of comic book characters who could have cameo appearances in Multiverse of Madness, and while Mister Fantastic ranks among them that doesn’t mean he’ll actually show up in the film.

A Fantastic Surprise — Ever since Marvel announced in late 2020 that it was developing a Fantastic Four movie directed by Spider-Man: No Way Home director Jon Watts, comic book fans have been speculating about when and how the studio will start introducing some of the film’s characters to the MCU. In early 2021, those theories surged when fans began speculating that WandaVision was going to introduce Reed Richards. Obviously, that didn’t happen.

But there’s a chance that Multiverse of Madness could do what WandaVision didn’t. The film’s multiversal plot opens the door to all kinds of game-changing possibilities, like introducing alternate timelines and surprising variants of established MCU characters. It also has the chance to bring important characters into the MCU for the first time.

Marvel seems to be taking advantage of the latter opportunity, as evidenced by Patrick Stewart’s return as Professor X in Multiverse of Madness. Whether the studio will also introduce a version of Reed Richards in the upcoming film remains to be seen, but it certainly doesn’t seem outside the realm of possibility at this point.

The Inverse Analysis — It is impossible to predict what cameos Marvel may have up its sleeve in Multiverse of Madness. The studio’s willingness to confirm something as major as Patrick Stewart’s return as Professor X suggests there are even bigger things in store for fans. But we’ll have to wait to see if one of those surprises is a cameo from John Krasinski as the leader of Marvel’s first family.

Doctor Strange in the Multiverse of Madness will hit theaters on May 6, 2022.