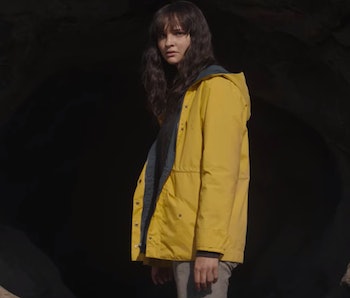 On June 27, 2020, the world of Dark ended. In-universe, that was the actual date of the apocalypse, and in real life, that was the day Netflix made Season 3 available to stream. The show's latest season has been a massive success, catapulting it to the top ten TV shows on Netflix. Surely Netflix would want more of such a popular show, even if the third season wrapped things up pretty conclusively.

Here's everything we know about a possible Dark Season 4.

Will there be a Dark Season 4?

Unlike most other Netflix original series, Dark wasn't canceled by Netflix. The creator, Baran bo Odar, said on Instagram that he envisioned the series as a three-season run from the beginning. This makes sense, especially considering all the trinity imagery found in the series: three worlds, three generations, thirty-three years per cycle.

However, the show's success could persuade Odar and Netflix to revisit the world of Dark, possibly for some sort of sequel series or spin-off.

When could Dark Season 4 come out?

If Dark Season 4 were to happen, it would probably be quite a long time before we'd be able to see it. Between the pandemic delays and the leisurely pace this show's production has taken in the past, a release in 2023 or later would probably be the most likely option.

Still, considering the wait fans have put in for the previous seasons, this wouldn't pose too much of a hurdle. The show is worth the wait.

The very last line of Dark referenced Hannah’s unborn child in the Genesis world, the world where none of the time travel ever happened. Hannah suggests Jonas as a name. Could this new Jonas be the protagonist of a new series? His father is Torben Wöller, not Michael/Mikkel Kahnwald, so he would look considerably different, but it wouldn’t be the first time there was an alternate Jonas that looked different; just look at Adam.

Are there any spin-offs of Dark coming?

If anything is coming from the Dark universe, it would most likely be a spin-off, considering how satisfied the show’s creators were with how it concluded. There is no news as of yet about any spin-offs of Dark. But considering how much the show spans location—and time—there is a whole universe of options to explore for new material.

All three seasons of Dark are currently streaming on Netflix.

This article was originally published on July 1, 2020