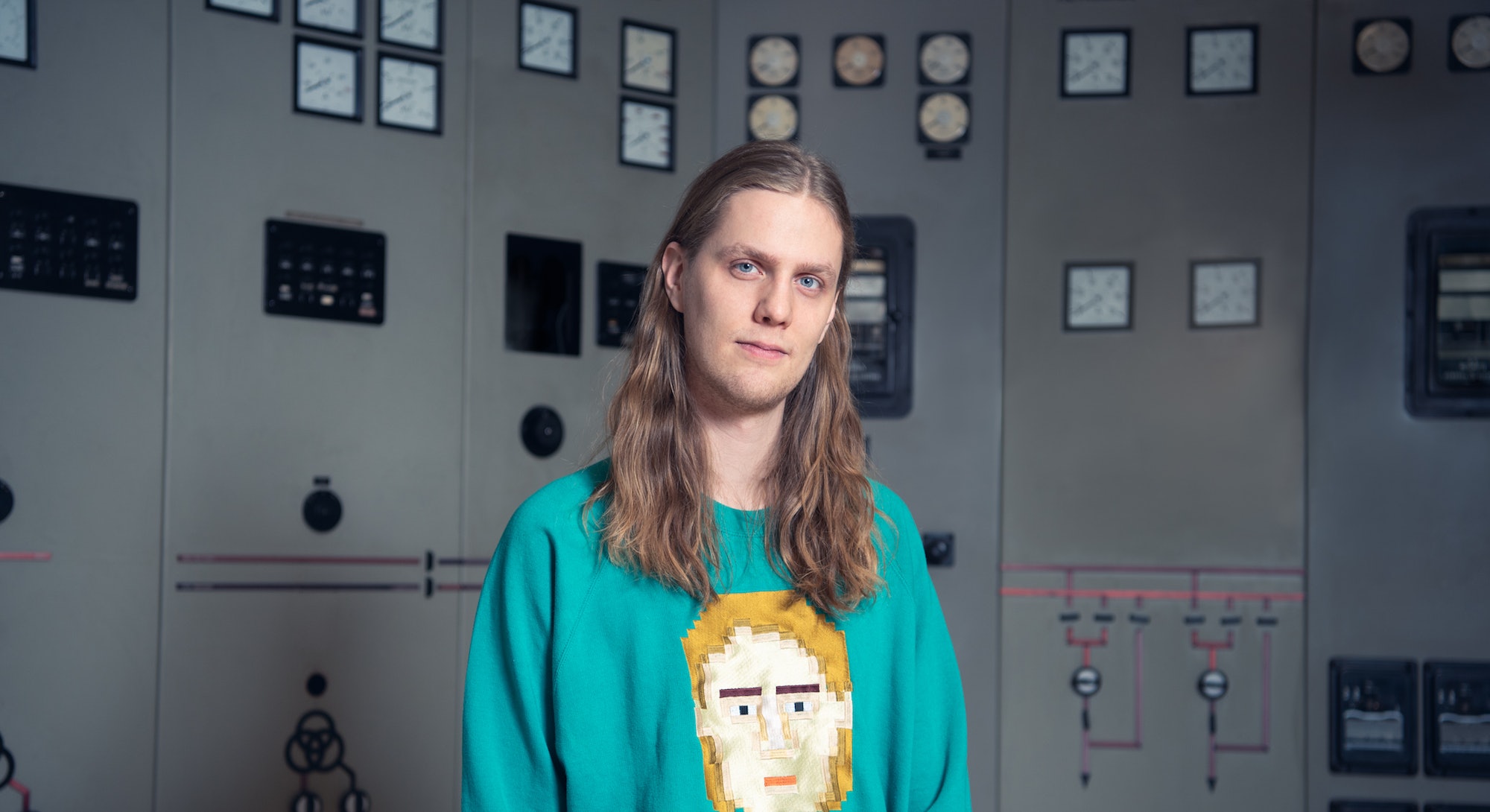 Daði Freyr has made the sweetest lemonade out of lemons.

While his turn for stardom seemed to be inevitable at the start of 2020 when he won the privilege to be Iceland's entry into the Eurovision Song Contest with his song "Think About Things." It was a catchy, electro-pop banger with a groovy bassline. The performance was a tableau of nostalgia, complete with 8-bit avatars and a trademarked dance, just classic Eurovision fare. He was poised to be the front runner in a huge, international song contest.

Then, a pandemic happened.

Eurovision 2020 was canceled, and all entries were rendered null and void. But that didn't stop "Think About Things" from being a huge deal. What do five roommates do when forced to stay inside for weeks? They make a stoic, synchronized dance video to the latest Icelandic sleeper hit. Things just snowballed from there, and the song's now a huge deal on TikTok.

"I did the dance so people would be able to dance it, but you would have to like put in a little bit of time to actually learn it. You can't just watch it and just know how to do the moves right away. But then it just got its own life," Daði told Inverse. "This is way out of my hands at this point."

I was a pretty easy kid. I didn't get into very much trouble, and I'd stay in my room playing with Legos for a whole day, or just drawing. When I met with my friends, that's what we did as well. We would just draw or play with Lego. So I was pretty much introverted, but I still had a small group of friends.

When I was 15, I just graduated from System of a Down to Gorillaz. I'm pretty sure I listened to a lot of System of a Down, and then I started listening to a lot of Gorillaz at just around that time. I think their album Demon Days was the first CD I bought with my own money. That and Elephunk by the Black Eyed Peas, but I didn't listen to that as much.

At school, I liked to use my clothes as much as possible and I wore all the same things. I had like three pairs of pants maybe and like four or five sweaters that I wore all the time. So if you go through my social media from that time, I'm wearing the same clothes for years. But I don't think I wore anything for too long.

Now I wear things until either my wife or my mom says, "That has gone too far. You can't wear that anymore."

What's your first memory of the Internet?

I wanted to be an artist when I was a kid. I always thought I was going to be drawing the Donald Duck comics, that was the dream. I think the first time that I used the Internet was back when you still couldn't use the phone in the house when you were online. I could only use it a little bit. I would go to the website for the artist of the Donald Duck comics, Don Rosa. It was my favorite illustrator's website. I would find a picture that he made and put it on the screen and then turn off the internet while the picture was still in the browser. Then I would copy his drawing. That was the first time I used the Internet.

I feel like I didn't know very much about that when I was 15. Maybe I thought that it was going to be something that would just happen instantly, but for me, at least, it takes time. I didn't fall in love with my wife the first time I saw her. When we started being together, I don't think that I was in love, but it happens over time, when you start feeling those stronger feelings of bonding. There's a lot of different types of love. I have a very different type of love for my family members and my friends and my daughter and my wife. Love is everywhere.

I don't remember who I liked the most, but the one that I think about the most at this point was my gym teacher. She was around 70 years old and in amazing shape. Now I'm like, "I want to be like her when I'm older."

I don't know if there's really something that I consider such a professional failure. With pretty much everything, I like to think I'd had varying degrees of success. Some things are more successful than others, but it all adds up to where I am now. I just think of it as this one big thing and not separate things, it's just steps towards where I am at this point.

I think in 2030, I'll still be making music. I'm pretty sure that's going to happen. I don't know where the world is going to be, but I hope it's going to be at a better place. People are getting more and more aware of each other and I hope that's gonna continue in the right direction. We're at this point in time where we're seeing a lot of bad apples and a lot of those are getting exposed, so I hope that's going to change something. I don't know if that's definitely going to happen, but I know that if I'm still alive, I'll be making music.