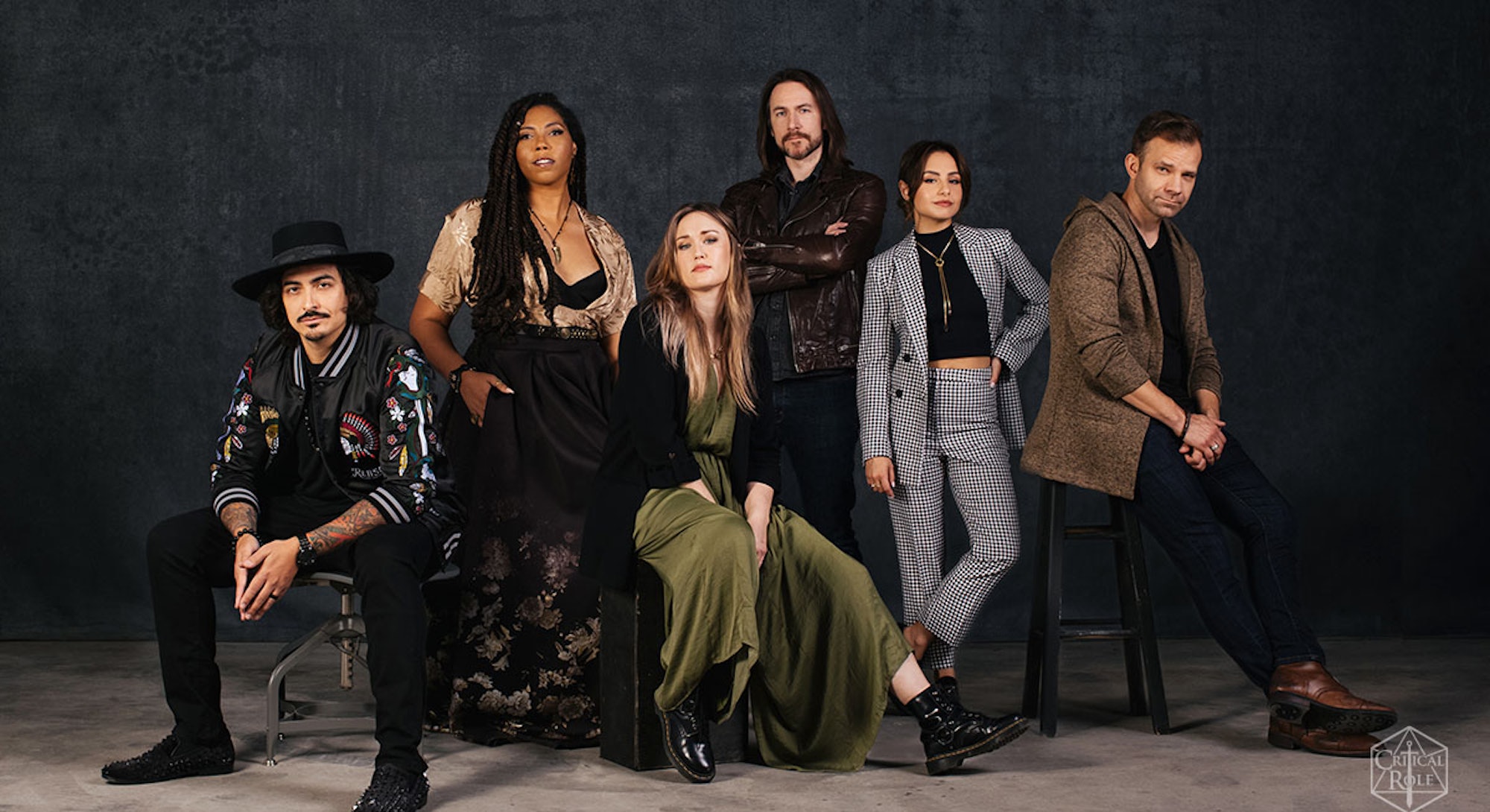 Critical Role is rolling the dice one more time.

The tabletop streaming troop that helped propel Dungeons & Dragons back into the mainstream just finished The Mighty Nein, its second D&D campaign (“Season 2” in traditional TV terms), after 141 episodes.

While questions remain about Critical Role’s next longform adventure, the most popular D&D show on the internet is choosing instead to stride forward into a new miniseries. Enter: Exandria Unlimited.

According to co-founder Liam O’Brien, the group sees this miniseries as a way to try something new over the summer before diving back into Critical Role’s Journeybread and butter.

“We really want to get all our ducks in a row and make sure we’re ready to embark on the next year's long journey, so we’re using the summer months to chart the course,” O’Brien tells Inverse in an email. “Exandria Unlimited [is] just one more way for us to flesh out and bring this universe of ours to life while involving more friends in the stories we tell.”

But the biggest change in Exandria Unlimited will be the addition of a new Dungeon Master. Aabria Iyengar takes the reins from Mercer, who has served as Critical Role’s DM — lead narrator, lore scholar, and rules referee in any game of Dungeons & Dragons — since its founding in 2015.

Renowned for his skills as DM throughout the gaming realms, Mercer once ran a game for Stephen Colbert; the Late Show host thanked him for reawakening his dormant obsession with D&D after thirty years.

While others have DM’ed tables in Critical Role’s many “one-shots” (a term lifted from comic book publishing to refer to one-and-done sessions), Exandria Unlimited is the first time Critical Role will not have Mercer as Dungeon Master for a multi-part serial adventure.

It’s not lost on veterans like O’Brien that things will be different, given Mercer’s new role.

“He is having a ball,” O’Brien says of his pal and former DM. “When you run a game, there is just so much to track. Plus, a really good [DM] like Matt is constantly offering up experiences tailored for their players. In this game, Matt is getting to follow his nose anywhere he wants.”

O’Brien adds that Iyengar running a game in the world Mercer created is “like facing two mirrors toward each other and watching that endless corridor of reflections it creates.”

“I should have known it wasn’t a casual thing.”

Another new face to the table: She-Ra and the Princess of Power star Aimee Carrero.

“I was introduced to the [gaming] world years ago through [Critical Role star] Sam Riegel, my voice director for Elena of Avalor,” Carrero tells Inverse. “I just thought he had a standing game with his pals every Thursday. It wasn’t until I started watching that I understood the scope of Critical Role. I fell in love!”

Carrero adds she once saw “a random dude in Paris” in a Critical Role t-shirt, which clued her into the wide reach of the series.

“I should have known it wasn’t a casual thing,” she says.

A newcomer to not just Critical Role but to tabletop games like Dungeons & Dragons overall, Carrero was supposed to join Mighty Nein in a guest role last spring before the pandemic put everything on pause.

“I’ve had a year to think about my character,” she says.

Now, in 2021, Carrero can finally roll for initiative.

Neither O’Brien nor Carrero are willing to reveal the characters they’ve created for Exandria Unlimited.

O’Brien has already played two characters in Critical Role’s biggest campaigns, Mighty Nein and Vox Machina (the first campaign from 2015-2017, soon to become The Legend of Vox Machina on Prime Video). His Exandria character lacks the comprehensive backstory he imagined for Mighty Nein.

“Vox Machina was the first time [the cast] experienced an in-depth role-playing campaign,” O’Brien says. “We chose our characters on a whim all those years ago at home and they evolved. For Caleb, there was way more forethought. I dreamed up a pretty extensive history.”

With Exandria Unlimited, O’Brien is letting the dice decide his fate, “the way I did with Vax.”

As for Carrero, she hints her Exandria character isn’t much like her role in Netflix’s acclaimed She-Ra reboot.

“My character and Adora would probably not be the fastest of friends,” she says.

No one at Critical Role is ready to say what Exandria Unlimited reveals about the group’s long-term future or its next D&D major campaign. Appointing new DMs isn’t uncommon for Critical Role, neither is welcoming new players to the table. But in the afterglow of an epic campaign finale, inviting fresh blood to sit around the internet’s most-watched Dungeons & Dragons table can’t be underestimated. It’s worth keeping an eye of the Beholder on what happens next.