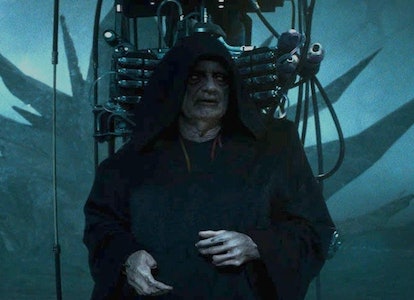 Star Wars and Cobra Kai are more similar than you might think. They both bank on '80s nostalgia, they've both became huge hits on popular streaming services, and they both highlight the perils of peaking as a teenager. But any popular franchise is only as good as its villain, and as Cobra Kai heads into Season 4, the Karate Kid sequel series is setting up a returning bad guy who puts even the evilest Sith lord in Star Wars to shame.

Terry Silver was the primary antagonist of The Karate Kid 3, the poorly rated 1989 movie that introduces John Kreese's old war buddy and karate dojo benefactor. Played by the previously unknown Thomas Ian Griffith (Karate Kid 3 was his first feature film), Terry is a scene-chewing villain who conducts his evil business from a bubble bath before setting out to corrupt Daniel LaRusso by becoming his new mentor.

Why Terry Silver will return in Cobra Kai Season 4

After getting his butt kicked by a unified Daniel LaRusso and Johnny Lawrence at the end of Cobra Kai Season 3, Kreese called up an old friend to ask for help. It's never revealed who that friend is, but for die-hard Karate Kid fans, the answer is obvious: Terry is back.

Of course, the fact that Cobra Kai Season 3 also featured a series of flashbacks revealing Kreese's backstory and how he saved Terry (at least, we assume that was Terry) in the first place doesn't hurt either.

What's more, just like the Star Wars prequel movies with Anakin Skywalker, those flashbacks gave some much-needed dimension to Kreese. Turns out he wasn't always evil. He was actually a pretty nice guy until he got stuck with a terrible commander in Vietnam.

So if Terry Silver is Emperor Palpatine and John Kreese is Darth Vader, does that mean Kreese will eventually redeem himself by turning on Terry? Transforming the evil karate master into a hero might seem nearly impossible, but that appears to be Netflix's plan based on everything we've seen so far.

Of course, for Vader to return to the Light, he needs to toss Palpatine down the reactor shaft (or, I guess, kick Terry in the face?). And if that's the plan, Cobra Kai Season 4 could be the most exciting installment of the Karate Kid saga yet.

Cobra Kai Season 4 is currently in development on Netflix.