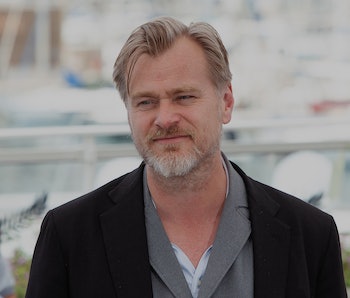 Christopher Nolan is officially starting to put together his next film.

The project will be Nolan’s first since Tenet, which was released in theaters in the midst of the Covid-19 pandemic last year and proved to be one of the filmmaker’s most divisive films in the months since then. Early reports suggest that Nolan’s next project won’t be a sci-fi thriller like Tenet or Inception either, but a historical drama in the same vein as the director’s 2017 film, Dunkirk.

While details about the project remain scarce right now, here’s everything we know so far about Christopher Nolan’s next film.

No release date for Christopher Nolan’s next film has been set. The director has yet to cast the film or begin shooting it, which means it may be some time before audiences get to see it released on the big screen.

Who is in the cast of Christopher Nolan’s next movie?

No cast members for Christopher Nolan’s next film have been formally announced yet.

That said, Deadline does report Cillian Murphy, who has starred in several of Nolan’s previous films, may appear in it. There is no word about who he could be playing in the film, but the outlet does go on to say that the project will likely have a number of major roles, which means Nolan shouldn’t have a difficult time filling out the film’s cast with major stars.

What is the plot of Christopher Nolan’s atomic bomb movie?

Plot details for the film are a bit hard to come by at the moment, but early reports indicate that the Tenet filmmaker’s next project will focus on the role J. Robert Oppenheimer played in the development of the atom bomb throughout World War II.

The film will, therefore, see Nolan returning to the same general time period he explored in Dunkirk. Deadline also reports the film will be similar in terms of size and scope to the 2017 war film.

Is there a trailer for Christopher Nolan’s next movie?

The film is still in its early development stages, so no trailer for it has been made or released. Indeed, fans likely have to wait a while before seeing any footage from the film, as it has yet to even begin principal photography.

Early reports about the project say that it could be Christopher Nolan’s first film that’s not produced or distributed by Warner Bros. in quite a while. The studio has been a reliable partner and long-time, unofficial home for the filmmaker in recent years, but now, Nolan is said to be shopping his next project around to multiple major studios.

Current rumors speculate that Nolan may end up splitting from Warner Bros. over his unhappiness with their decision earlier this year to release all of their 2021 films in theaters and on HBO Max on the same day. The filmmaker remains an outspoken proponent for the exclusive theatrical release strategy, so whichever studio ends up getting his next project will no doubt have to deliver on that front.

Whether or not Nolan does actually end up making the film at a different studio than Warner Bros., however, remains to be seen.

More like this
Science
8.13.2022 10:30 AM
The best superhero movie on HBO Max resurrects an ancient warrior myth
By Tara Yarlagadda
Science
8.18.2022 10:45 AM
Ancient chicken bones and snail shells date the destruction of a Greek city
By Jennifer Walter
Science
8.14.2022 9:00 PM
Ancient lore reveals how warriors manipulated their enemy’s senses in battle
By Adrienne Mayor and The Conversation
Related Tags
Share: