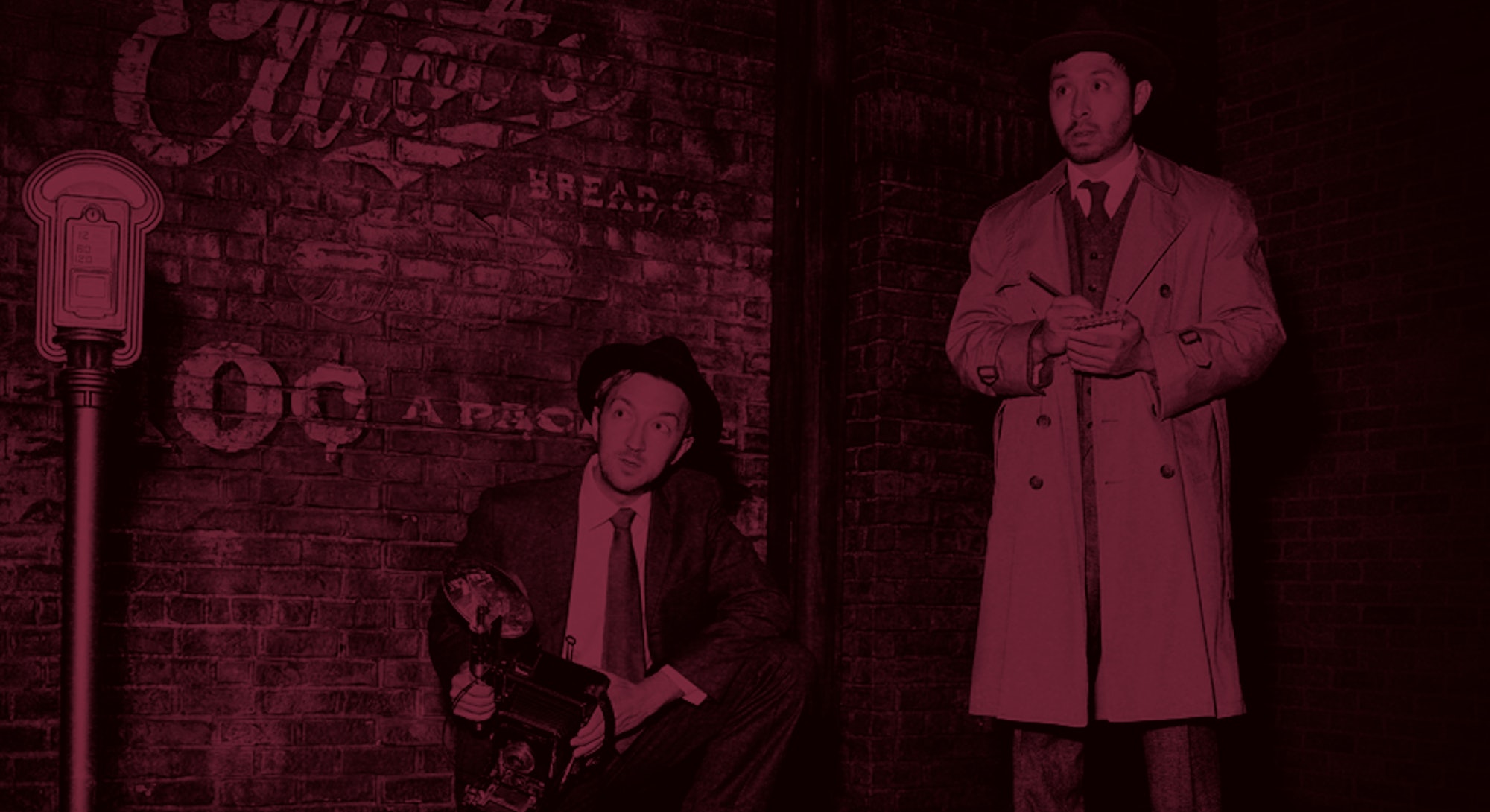 Unlike the crimes they never solved and the ghosts they didn’t catch, Ryan Bergara and Shane Madej want to leave on their own terms.

“It felt like the logical end to me,” Bergara tells Inverse. “We didn’t have much story left to tell.”

Since 2016, Bergara and Madej have balanced humor with horror as the proudly amateur lead investigators of BuzzFeed Unsolved, still among the most popular docuseries on the internet. Its stand-alone YouTube channel, launched in 2018, boasts 4.87 million subscribers.

In a conversation with Inverse before the Season 8 premiere of True Crime, which explored the death of Superman actor George Reeves, Bergara and Madej opened up about their reasons for putting Unsolved to rest. Primarily it’s to channel time and energy into their independent production company, Watcher. But other reasons include closing out a major chapter of their lives and retaining a dignity most surprise successes are rarely afforded: a timely end.

“Shane and I [are] ramping things up at Watcher. We’re trying to create something special there,” Bergara says. “We didn’t want to fence straddle and feel like we’re not giving 100 percent to either.”

“It’s exciting to do this final year of Unsolved and at the same time do a lot of crazy experimentation on Watcher,” adds Madej. “It’s been very busy, but I don’t think we could have asked for a better wrap-up to a series.”

As with any long-running series, be it a popular television show or a scrappy YouTube series, Bergara wanted to avoid spinning wheels. “I never liked shows that stayed past their welcome. I never wanted to feel like we stayed past ours,” he says. “I’d rather see the show end in its stride than limp on just because we could. I’m happy to see it go out the way it is [going].”

As Bergara nears the age of 30 (Madej is 35), the host felt ending the show is a symbolic cap to his twenties, when he first embarked on making Unsolved only to amass an unlikely cult following.

“This is a show I made when I was a young dude. I grew up while making it, and the audience were growing alongside me,” he says. “People started watching this [when they were] going to college or starting high school. Now they’re adults as well. I’m waiting for the day everyone collectively decides, ‘Why do we watch this guy?’”

Since the beginning, BuzzFeed Unsolved’s format has remained mostly intact. Each episode of True Crime revolves around Bergara and Madej breaking down the facts and theories around major unsolved cases, like the identity of B.D. Cooper and the deaths of Elisa Lam and Tupac Shakur. Supernatural, meanwhile, sees Bergara and Madej visit haunted locales, from former insane asylums to real people’s homes with paranormal activity.

The origins for Unsolved stem from Bergara’s personal interest in the unexplainable, but he disliked other shows he felt tried too hard.

“The people in those shows [usually] did not talk like you would with your friends,” Madej says. “That's what Ryan spoke to being the impetus of the show. I remember seeing that first episode and being like, ‘I would watch a thousand episodes of this.’”

For the first nine episodes, Bergara and BuzzFeed producer Brent Bennett served as its original hosts. Starting with its tenth episode, which covered the 1945 disappearance of the Sodder children, Madej replaced Bennett. His presence cemented the show’s raison d'être: a ceaselessly entertaining, X-Files-like dynamic of believer (Bergara) and sarcastic skeptic (Madej).

“I think Shane took the show to the next level,” Bergara says. “People were able to see Shane, and I genuinely enjoy being around each other. There are things you can’t fabricate. That dynamic is a real thing that, in the end, was the driving engine of the show.”

“I don’t think we could have survived the show if we weren’t actually friends,” Madej adds. “We've been in many situations where friendship is needed to survive, specifically the island of the dolls. Certain camaraderie is demanded for morale’s sake alone.”

In addition to the chemistry of its hosts, much of Unsolved’s charm is its simplistic, slightly chaotic presentation. Bergara likens the vibe to a madman in a basement. A recurring feature in both shows is Bergara and Madej comically riffing with lower-case subtitles over a black screen. The aesthetic evokes not a professional dossier but text messages between friends.

Bergara believes this is what endeared the show to people online.

“Obviously, there is possibility to scale up. Whether that makes the show better is the question,” Bergara says. “That’s not to say [Unsolved] couldn’t have been successful if it did go to a streamer. At some points, it got close. I can’t predict whether it would have made the show better. When it comes to making content, my compass has been: What would I want to watch? Curiosity and passion is what the audience picks up on, and that’s where authenticity comes in.”

Madej also believes the show never lied to its audience, which fostered a trusting relationship.

“We never once tried to fake anything or make anything more than it is,” he says. “If Ryan has a hyperbolic reaction, that’s genuine, and I will call it out for being less exciting than it is. We’ve done that to a fault.”

Madej admits that there are “lower-tier” episodes — “I don’t want to call them turds,” he jokes — simply because “the locations we’ve been to, despite rich histories, have been a little boring.”

But Bergara adds that these episodes wind up as fan favorites. “We get zany, and I think because of that, it makes the show different. It’s our dynamic just as much as the evidence [that people enjoy], which means we don’t have to get a sheet on strings out here.”

With True Crime wrapped, there is one last leg on the farewell tour: Supernatural. After a year in lockdown, the show will again hit the road as its hosts traverse yet-to-be-revealed locations.

“This season, I went harder on my pre-production than I ever had,” Bergara says. “I know this is the last hurrah. [We] leave nothing in the chamber. There’s cases I’ve wanted to cover, and I’m hoping, given this is the last season, we have cache in this field that they’ll let us investigate. I’m excited to get back on the road. We’ve been cooped up in our homes for too long.”

Adds Madej, “Repeatedly over the past year of quarantine I always thought, ‘Boy, what I wouldn’t give to be in some rotting, dilapidated buildings.’”

The final season of BuzzFeed Unsolved: Supernatural will air later this fall.