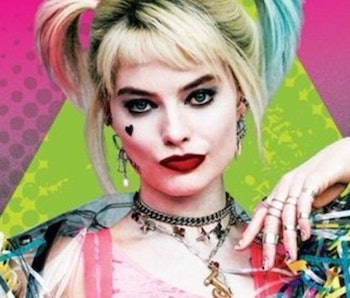 The newest movie in the DC Universe, Birds of Prey (and the Emancipation of One Harley Quinn) is an origin story unlike any other. Led by Margot Robbie as Harley Quinn, the clown princess of crime ditches her beau, the Joker, and teams up with a gang of misfit fighters, thieves, and one disgruntled cop to become Gotham City's newest defenders.

But what's next for them after the credits roll? Director Cathy Yan tells Inverse where she thinks the Birds of Prey might go next — if they get a sequel, that is.

Warning: Spoilers for Birds of Prey ahead.

In theaters Friday, Birds of Prey is Margot Robbie's return to the DC cinematic universe. And she's not alone. Along for the ride are Dinah Lance/Black Canary (Jurnee Smollet-Bell), Helena Bertinelli/Huntress (Mary Elizabeth Winstead), Cassandra Cain (Ella Jay Basco), and Detective Renee Montoya (Rosie Perez). Together, they all take on Gotham City's reigning crime lord, Roman Sionis (Ewan McGregor) who is in hot pursuit of diamond with engraved passwords to a mafia family's vast fortune.

At the end of the movie, Roman is brutally killed thanks to some sneaky sleight of hand from Cassandra, who drops a grenade in Roman's pockets. With Roman gone, the newly-formed "Birds of Prey" kick back with some tacos and breakfast egg sandwiches. While Harley and Cass take off in Helena's car, the other three — Helena, Dinah, and Renee — team up as a real superhero group, with Dinah and Helena taking on their superhero names "Black Canary" and "Huntress" respectively. The two also wear some new costumes that roughly resemble their costumes in the comics. They look haphazard and DIY, but, that's kind of the point.

When I ask Yan what happens five minutes after the credits roll (figuratively speaking), Yan jokes: "Five minutes after, I think Harley and Cass get to enjoy their egg sandwich." Great now I'm hungry.

But Yan adds that Birds of Prey is "an origin story for everyone."

"That was nice about it," she says. "We can pay homage to the canon but you also find them when they are not yet who you know they become. And that tension, in a way, that expectation, is part of the fun. I can’t wait to see Huntress become the Huntress that is not just out for vengeance but justice. I can't wait to see Canary control her powers and use it for good. I can't wait to see Renee be free of the department and not have to deal with those guys anymore. And I just want to see what Cass gets up to next."

Of all the characters in the film, Cassandra is the least prepared for that superhero life. In the comics, Cassandra is a mute ninja and the daughter of expert assassins. She becomes the third Batgirl, taking over the cowl from its original wearer, Barbara Gordon. Cassandra later passes the mantle to Stephanie Brown and takes on her own identity, Orphan. The film changes things up by giving Cassandra a voice and making her, well, normal. With a troublesome home life, Cassandra spends her days pickpocketing Gotham citizens until she steals something priceless and precious that makes her a target for the whole city.

Will Cassandra become Batgirl or Orphan? Cathy Yan leaves that possibility open, with the events of Birds of Prey showing Cassandra what heroism looks like.

"I think that kind of life experience, if you will, of seeing all these incredible women in action, I think about that a lot. In the carousel from Cassie's perspective, watching all these women kick ass, I think that's powerful for any young girl to see and probably for a lot of young girls in the audience to see as well."

While the fate of the Birds of Prey is left up to its box office weekend, Harley Quinn won't be gone for long. Robbie will return for The Suicide Squad, out in theaters August 6, 2021.