“A god incarnate. A city doomed.” 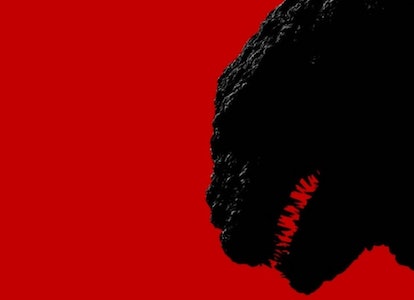 Most Godzilla movies portray the king of monsters as a sort of protector of humanity. The modern version of Godzilla is a monster who fights against other monsters in epic battles of titanic proportions for our entertainment, but it doesn’t have to be that way.

Something is lost when Godzilla stops being nature's divine punishment for humanity and becomes just another superhero. But despite the current trend, one recent movie brought the franchise back to its horror roots while evolving the themes of the 1954 original for a new generation of kaiju fans.

Shin Godzilla (also known as Godzilla Resurgence) is the most underrated (and arguably the best) Godzilla movie in decades for one simple reason: It recognizes that humans would be unable to do anything against the god incarnate that is God.

Right off the bat, Neon Genesis Evangelion creator Hideaki Anno and his co-director and VFX guru Shinji Higuchi play on audiences’ familiarity with Godzilla by recreating the basic plot of the original film. The monster emerges from the ocean, starts terrorizing Tokyo, and both scientists and the military are left dumbfounded as to how to handle this situation. What feels instantly different is how plain incompetent the humans' response to Godzilla is. Anno and Higuchi give us arguably the most human-focused Godzilla film since 1954, as the titular monster takes a backseat to a political satire about the ineptitude of bureaucratic red tape.

Where the original Godzilla was intended as a metaphor for the atomic bombings of Hiroshima and Nagasaki, Shin Godzilla is a clear and direct response to the Fukushima Daiichi nuclear disaster and the 2011 Tōhoku earthquake and tsunami, and how the government's too little, too late response due to abysmal crisis management failed to prevent the deaths of over 15,000 people. Shots of cars and yachts piling up as Godzilla makes his way out of the coast and into the city resembles the news footage from the aftermath of the tsunami, making this iteration of the king of monsters a personified natural disaster.

The film constantly and deliberately overwhelms its audience with information, with a cast of government employees that only grows by the minute, each with an overly long and absurdly specific job description that you can't really tell who has the authority to do what. As Godzilla destroys Tokyo, valuable time is wasted by proposing a meeting for each decision, then a meeting in order to plan the other meeting.

When the first attack against Godzilla finally commences, it's immediately stopped by a simple question of whether the helicopters can shoot if civilians are nearby, which escalates into a full five-minutes of different officials asking each other, then sending the response down the chain of command. It's a hard-biting satire that wouldn't feel out of place in a show like Veep.

Rather than a montage of soldiers loading up on weapons, there's a big "let's get to work" inspirational scene involving a montage of dozens of office chairs, laptops, printers, and photocopies being wheeled into a room so that the Godzilla response task force can get to work — all while composer Shiro Sagiso's "Decisive Battle" motif from Neon Genesis Evangelion, makes a meeting feel like the most absurdly important thing in the world. Perhaps the best running gag in the film is that the main character's job title gets longer and longer as he gets more responsibilities piled on him as his superiors start dying.

To drive home the hopelessness of the human characters, Shin Godzilla ("shin" meaning "new," "evolved," "true" or even "god") is a truly terrifying force of nature. This Godzilla looks and behaves like a lizard, with fish eyes lacking any emotion for half the film, and no discernible personality other than responding very aggressively to any attempt at subduing him.

The moment Godzilla finally uses his iconic atomic breath, it evokes fear of god rather than excitement. More than any Godzilla in years, this is truly, as a character mentions in the film, "god incarnate," with zero sympathies for humans, nor any possibility of a peaceful co-existence. It's hard to imagine the Japanese government of Shin Godzilla ever hoping to rely on the eponymous monster to save the world from outside threats.

No matter what, Godzilla will always eventually and inevitably go from a threat to humanity to a sort of defender, simply because there are only so many movies that can be made about him attacking a city and being repelled. But while we wait for Godzilla to fight King Kong and Mechagodzilla while humans sit on the sideline and cheer like it's a sporting event, we should look to the last time a Godzilla film actually had something meaningful and poignant to say — and made the king of monsters a being truly worth fearing.

Shin Godzilla is streaming for free now on the Internet Archive.

More like this
Entertainment
Jan. 23, 2023
Animalia is an alien invasion movie with metaphysical dreams
By Andy Crump
Culture
Jan. 20, 2023
Why The Lost World is better than all the other Jurassic Park sequels combined
By Ryan Britt
Culture
Jan. 25, 2023
David Cronenberg made the best Stephen King adaptation you probably haven’t seen
By Jon O'Brien
LEARN SOMETHING NEW EVERY DAY.
Related Tags
Share: